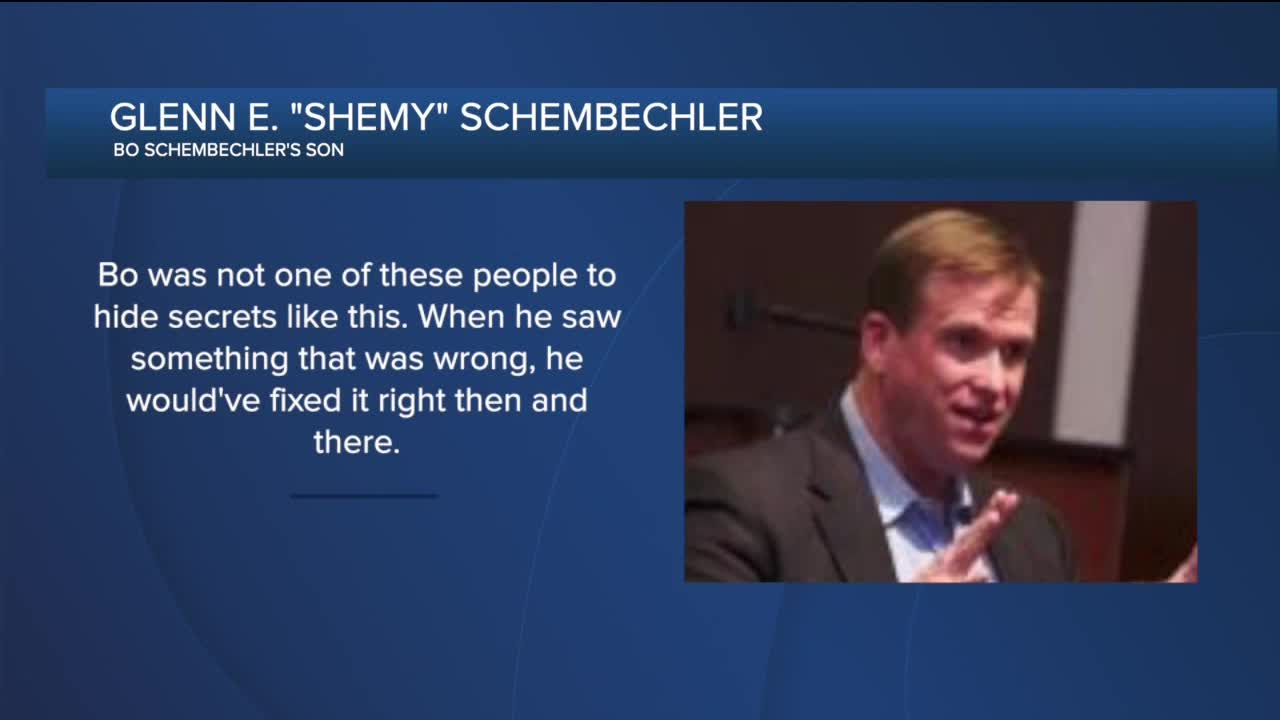 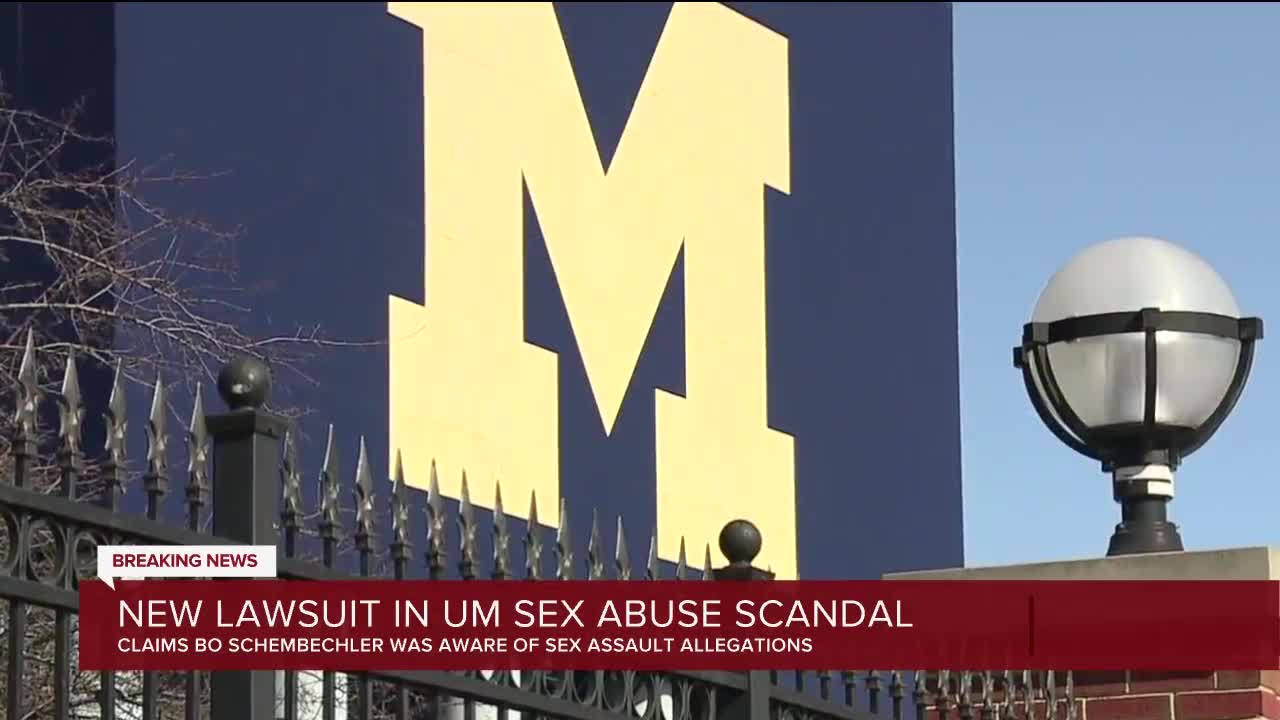 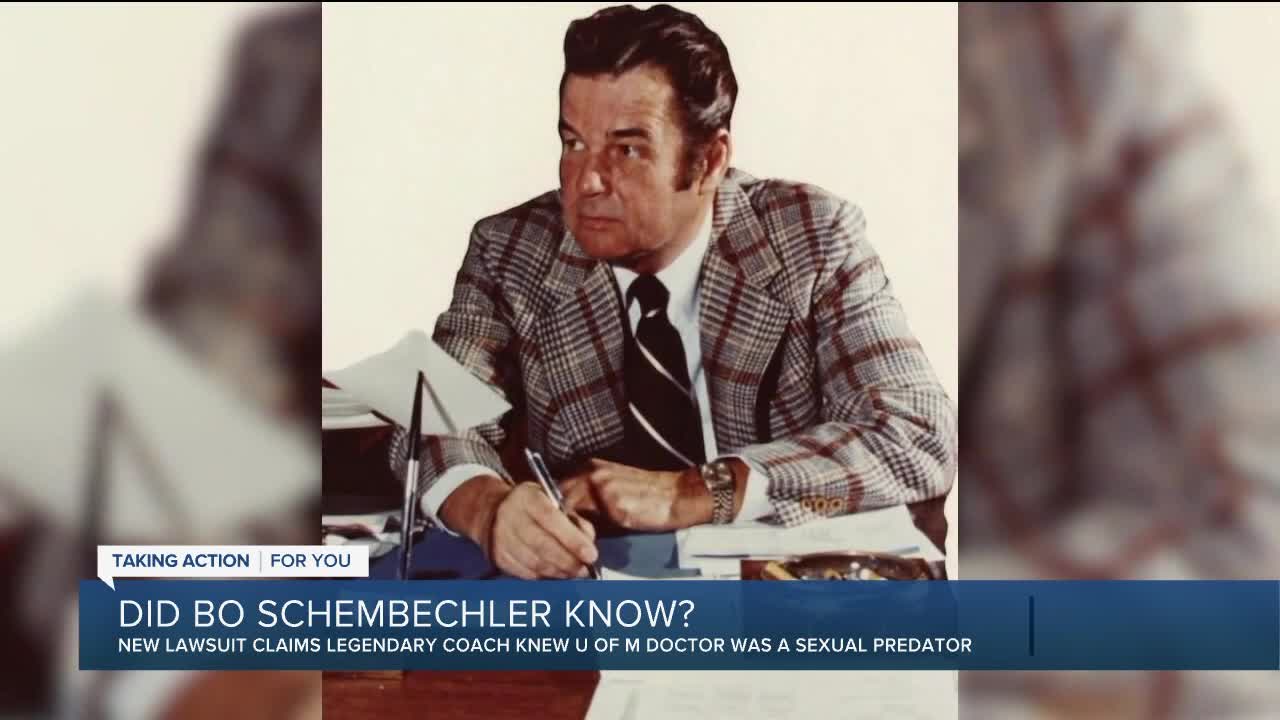 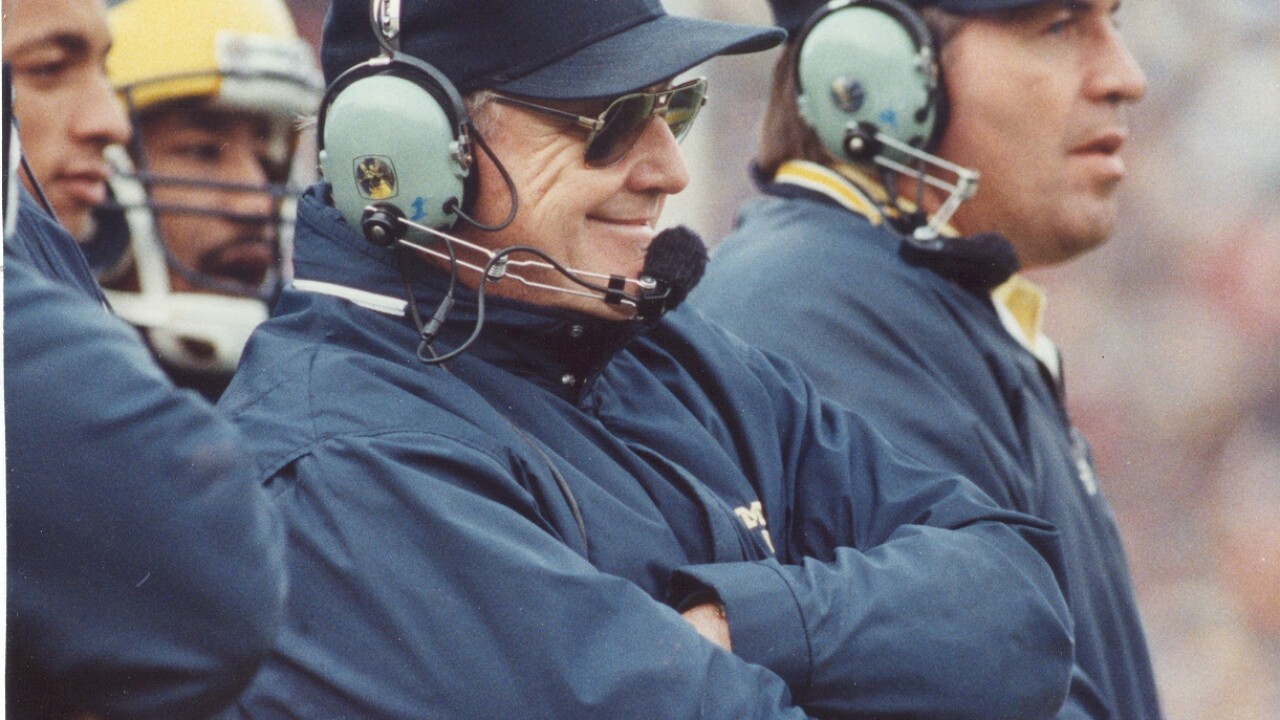 The lawsuit was filed on behalf of 50 surivvors by three different law firms. It includes 23 football players from 1968-1986 and players from baseball, gymnastics, basketball, crew, track, and field, and cross country.

One of the victims, John Doe 17, spoke anonymously in a press conference on Thursday, July 30. He described telling the coach that the doctor touched him inappropriately during an exam.

He says Schembechler then told him to report it to former Athletic Director Don Canham...so he did and was disappointed by Canham’s reaction.

Canham didn't act on the report, according to the lawsuit.

“His response, literally, was just to blow me off. He did nothing,” the victim said.

The victims say Dr. Anderson would take advantage of the students, putting them in a vulnerable position. According to the victims' lawyer, there was inappropriate touching and penetrating during physical exams. John Doe 17 saw the doctor twice when the abuse occurred.

“Makes me really wonder why the university officials themselves did allow this to continue for well over 40 years,” John Doe 17 said.

"We are thankful that Judge Victoria A. Roberts has taken charge of this litigation and issuing orders that may resolve the case fairly and expeditiously," attorney Stephen Estey said. "However, we have learned from experience (as legal counsel for more than 100 Ohio State sexual abuse survivors), a university's actions are sometimes different from the words being conveyed to the public and alumni. The filing of this lawsuit will allow us to continue building a case for trial if the University of Michigan ends up negotiating in bad faith."

“The men we’re filing for want accountability,” said attorney Jamie White of White Law PLLC. “It’s shocking that Bo Schembechler and Don Canham, two men who enjoyed stature and admiration, just waved off the complaints they received, when they in fact had the power to stop the rape and abuse of hundreds of men.”

The university released this statement:

"At the University of Michigan, we condemn all sexual misconduct. This type of conduct is reprehensible – and whether it takes place now or took place in the past, it is unacceptable.

We have great confidence in the WilmerHale investigation, which has been paused by the court. More than 50 former patients of Anderson have contacted WilmerHale and are awaiting a response. We believe the investigation should restart immediately.

Through July 23, there have been 394 unique complaints regarding Anderson that are being investigated by the WilmerHale team."

Glenn E. "Shemy" Schembechler, Bo's son, said he believes his dad wouldn't have covered it up.

"Bo was not one of these people to hide secrets like this," he said. "When he saw something that was wrong, he would've fixed it right then and there."

"I was in junior high school when this supposedly happened, and for Bo to go through our entire lives, basically half my life, not saying anything to me, all the way up until his passing in 2006, I just find it unfathomable."