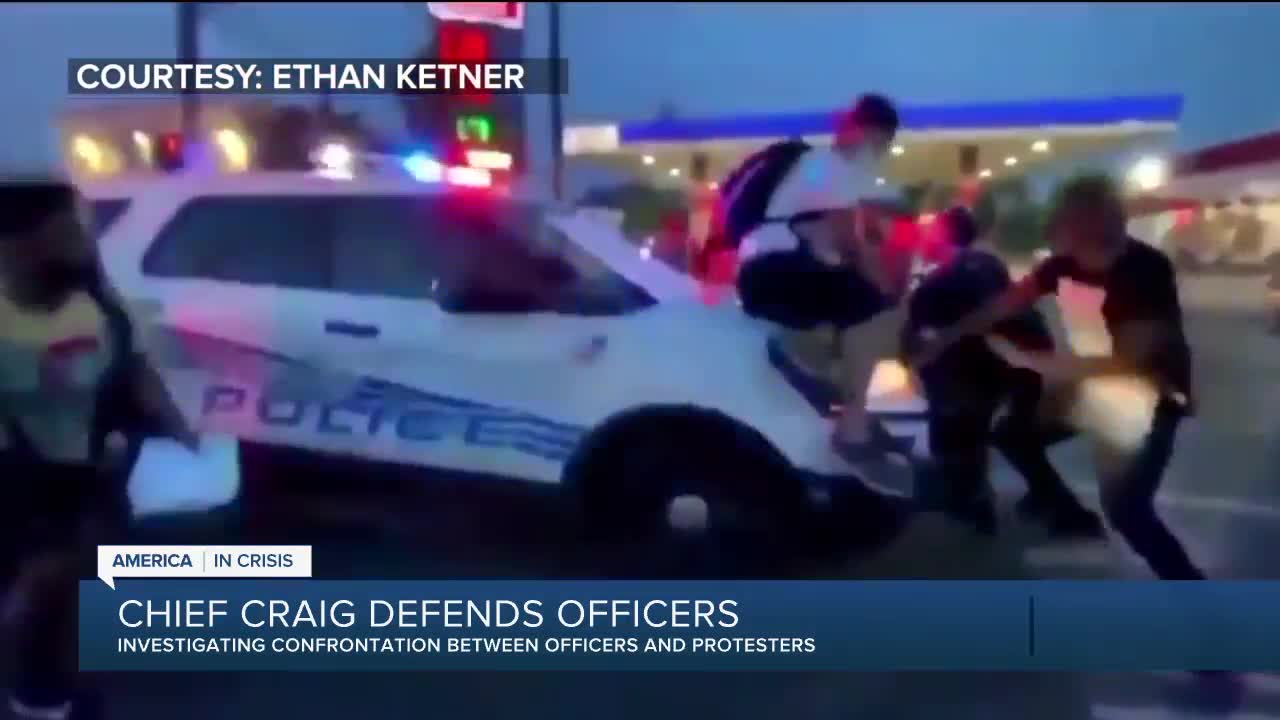 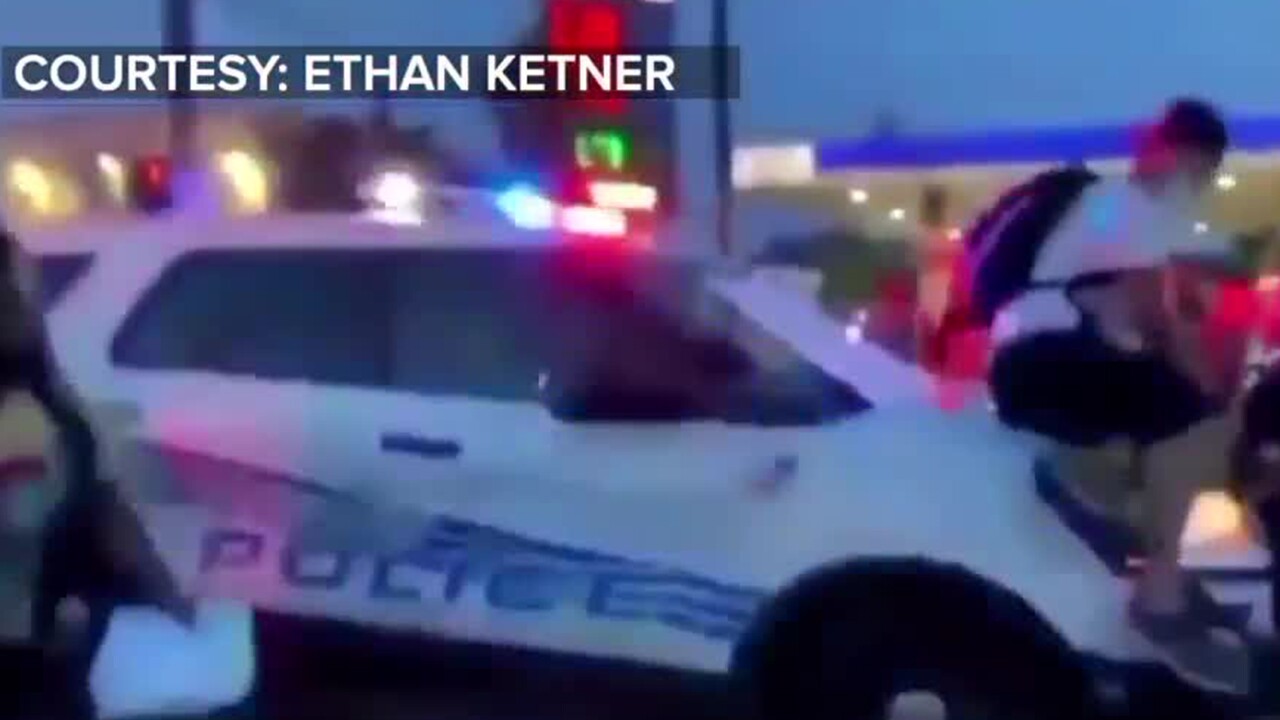 The video shows a group of protesters, who were marching near Waterman and Vernor Highway in Detroit, surround a police cruiser as the vehicle tries to take off. Some protesters are seen jumping onto the hood of the vehicle.

Craig said the protesters, about 25-30 of them, were hostile and attacked the police vehicle and even smashed out the back window of the cruiser. According to Craig, the officers took off after the window was smashed out and they weren't sure if they were being fired upon or not. Craig said that's when the vehicle sped up.

He said that the officer is under investigation from the professional standards section.

According to Craig, the protests started peacefully but about two dozen or so protesters became agitated later in the night. Dash-cam footage from another cruiser at the scene showed up. He also said some of the protesters were jumping on the hood of the police car.

Craig said the officers were trying to block the group and turn them in a different direction, and that's when the cars were surrounded.

“If you run into an ambush situation, the proper course is to get out for your safety," he said.

Craig also said that there were reports that some of the protesters were armed with hammers.

The severity of injuries from the incident is currently not known.