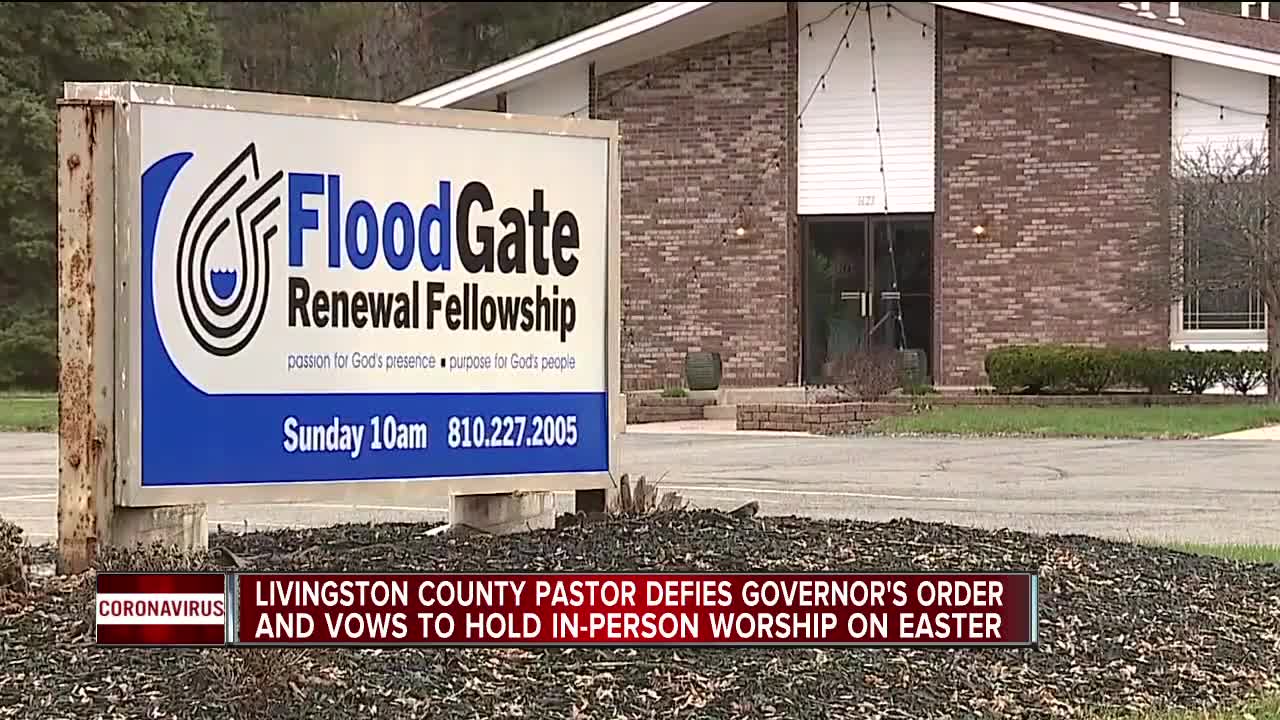 A Brighton pastor says he will hold in-person worship this Easter Sunday, despite pleas from public health experts and Governor Whitmer not to gather in groups. 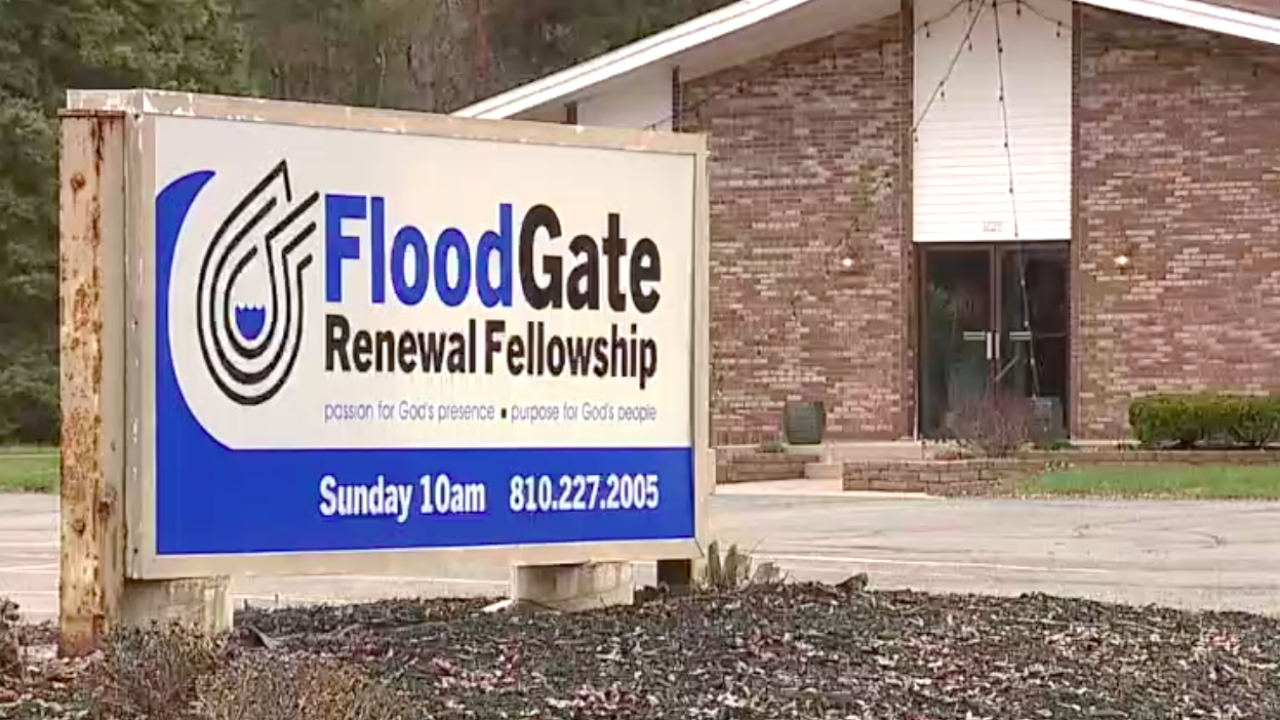 BRIGHTON, Mich. (WXYZ) — A Brighton pastor says he will hold in-person worship this Easter Sunday, despite pleas from public health experts and Governor Whitmer not to gather in groups.

“If I didn’t make available the ability to minister to these people in a viable fashion,” said pastor Bill Bolin, “they would be five weeks without being connected.”

Bolin in the pastor of Floodgate Church in Brighton, which has held in-person service every week since the Covid-19 pandemic took hold in Michigan on March 10.

The church also streams its services online, but Bolin said he continues to offer traditional in-person services for members without internet access.

“But the CDC actually says gatherings like this shouldn’t be happening,” said Channel 7’s Ross Jones.

“I know, I understand that,” Bolin said. “I’m talking about within the guidelines of us meeting.”

While Governor Whitmer’s executive order banning large gatherings applies to churches, she says they will not be penalized for holding in-person services. As recently as today, however, she urged church members to watch services online rather than go in-person.

Bolin says the church has taken measures to mitigate the spread of disease, like adding space between members by removing rows of seating, increasing how often surfaces are cleaned and banning food or drinks from being served inside.

“Because we are a close community where we know each other, the likelihood of us following the rules and not exposing someone to illness, known illness is pretty slight that that would happen,” Bolin said.

“Do you know which of your members are asymptomatic?” asked Jones.

“Isn’t that the point though,” Jones said, “because you don’t know who’s carrying it, you can’t decide if it’s safe to stand next to them at church?”

“Again, we’re not standing next to people,” Bolin said. “We’re distancing ourselves.”

Because of few confirmed cases in Livingston County, Rev. Bolin recently told his members on Facebook that their odds of contracting the virus are .05 and their odds of dying are only .001.

That’s simply wrong, according to scientist, who cite an underreporting of cases nationwide and how easily the disease can be spread

While Rev. Bolin has no medical training, he said he believes the novel Coronavirus is on par with past outbreaks of SARS or MERS. While each had higher mortality rates, they also each killed fewer than 1,000 people worldwide.

In Michigan alone, COVID-19 has killed more than 1,200 and counting.

“You’re looking at a mortality rate that is synonymous to a bad flu season,” Rev. Bolin said.

“I live not far from Sinai Grace hospital in Detroit,” Jones said, “and there are people that are literally dying in hospital hallways now because they can’t keep up with all of the cases of COVID-19. That does not happen with the flu, sir, and it does not happen
with SARS or MERS.”

“You know I understand that,” Bolin said. “The way that I would address that, I would send those patients to hospitals that are laying nurses off because they don’t have enough work.”

Originally, Floodgate Church was planning an Easter egg hunt for children at this Sunday’s service. Today, Bolin said it may be canceled.