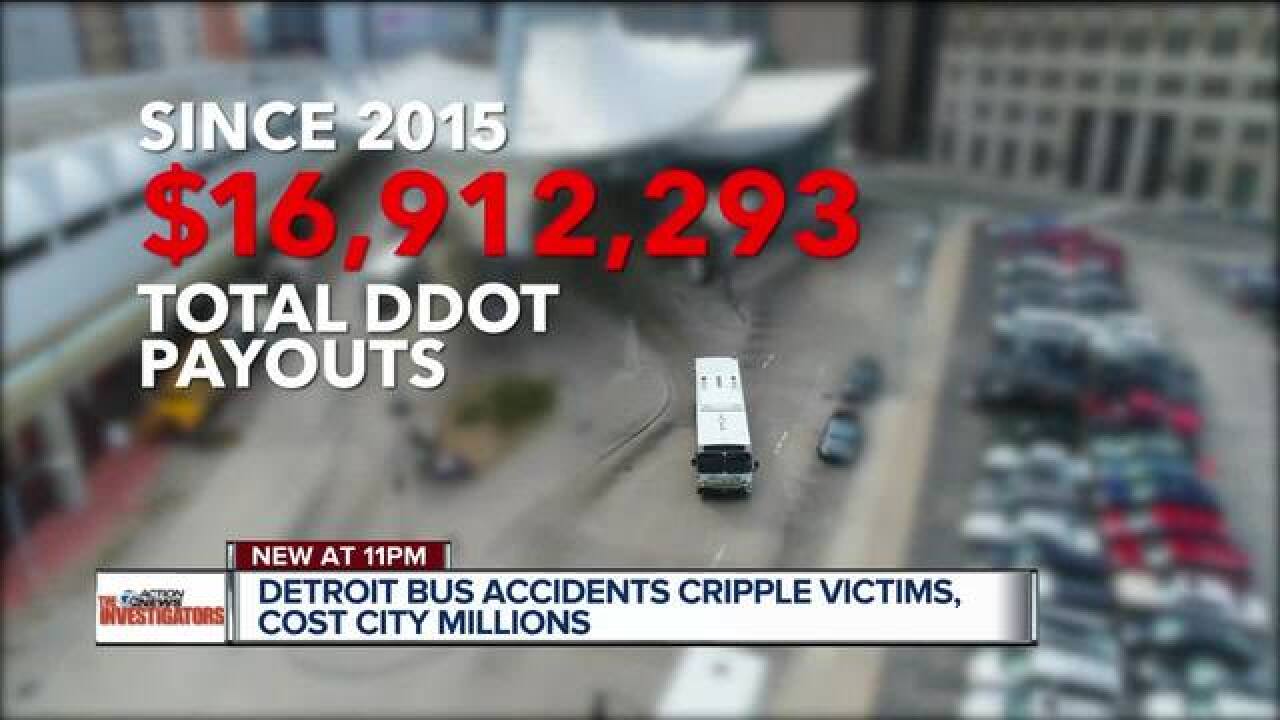 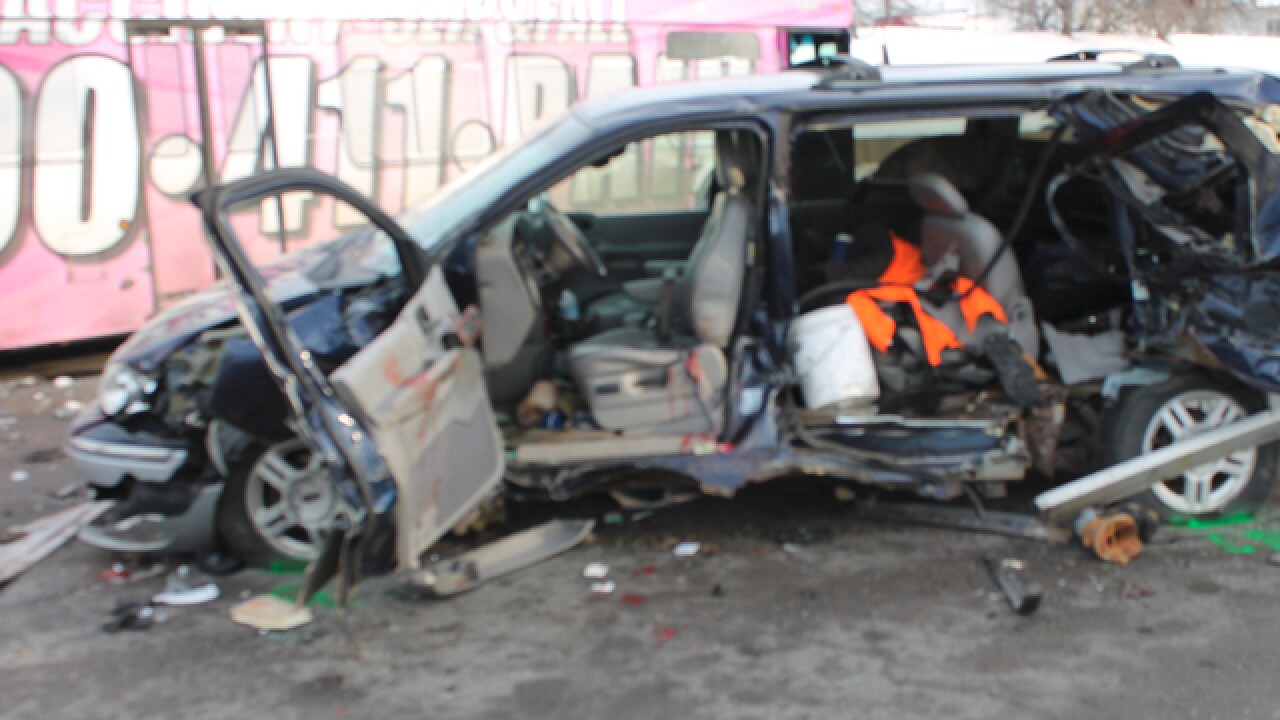 “If there was anything that I could do to take some of the pain away, I would,” Payne said.

Her golden years have been anything but since the day a City of Detroit bus driver didn’t see the 71-year-old walking through a mall parking lot.

“I was hit and under the bus,” Payne recalled.

Surveillance video shows Jessie walking across Southfield's Northland Mall parking lot.  Seconds later, the Detroit Department of Transportation or DDOT bus is seen driving over her.  The driver would later admit that his eyes weren’t on the road, but on a clipboard in his lap, city officials said.

“I kind of raised up and looked down at my legs and I passed out,” she said.

“Both of Jessie’s legs were degloved,” said her attorney, Leonard Miller. “That means the skin was completely taken off of both legs. Both legs were crushed, multiple fractures, horrible muscle and nerve injuries.”

Today, Payne says she can’t walk more than a block at a time and needs a walker just to get around. She sued the city, settling her case for $3 million.

Hers is one of the hundreds of cases filed every year in Detroit after a bus accident.  And since 2015, taxpayers have dolled out nearly $17 million in settlements, much of it  stemming from negligence claims.

Norm Hamada was traveling eastbound on I-94 in Detroit two years ago on his way to go ice fishing. Out of nowhere, he says, he came upon a stalled out DDOT bus sitting in the left lane.

“The driver in this particular case was sitting on a hill,” Hamada said. “He didn’t make any effort to put out signs or put out warning lights…he should have done something.”

Hamada couldn’t miss the bus and neither could the driver of a pick-up truck ,who later died. After months in a coma, Hamada had to re-learn how to sit up and how to walk and he still struggles with memory issues.  His case settled for $200,000.  The driver no longer works for DDOT.

Perhaps the most horrific recent case of bus driver negligence happened on April 4, 2015.

Passenger Joey Davis had boarded a DDOT bus with his bicycle and was waiting to get out at a stop near 8 Mile and Van Dyke.

After stepping off the bus, Davis retrieved his bicycle from the bike rack located at the front of the bus. While he's doing it, the bus driver--a 15-year-veteran of the department--appears to be looking up at her rear-view mirror, according to surveillance video.

She didn’t notice Davis was right in front of her before taking her foot off the break and driving right over him.

“It wasn’t simply an accident,” said attorney Gary Felty, who represented Davis’s family. “There was negligence.”

Davis died at the hospital. The city settled the case for $4.5 million.  The driver was re-trained and still works for DDOT.

"Horrible accident.  No excuse," said Dan Dirks, who's been the director of DDOT since 2014. Dirks acknowledges that the accidents we’ve highlighted can and should be prevented.

But he points out that his department is making progress in making busses safer: cutting the number of accidents by 33% between 2015 and 2016.

“When you’re operating 14 million miles a year, you’re going to have some issues,” Dirks said. “I’m not discounting that. We should not have one (accident).”

Buses in the city appear do appear safer today than the day Jessie Payne was run over, but that’s no consolation to her.  The accident cost her most of her independence and the city’s bankruptcy virtually wiped out her $3 million settlement.

She lost everything, she says, but her life.

“Sometimes I think about it,” Payne said, “and I just want to scream.”