DoorDash driver was stopped for speeding, then pulled from her car by deputy 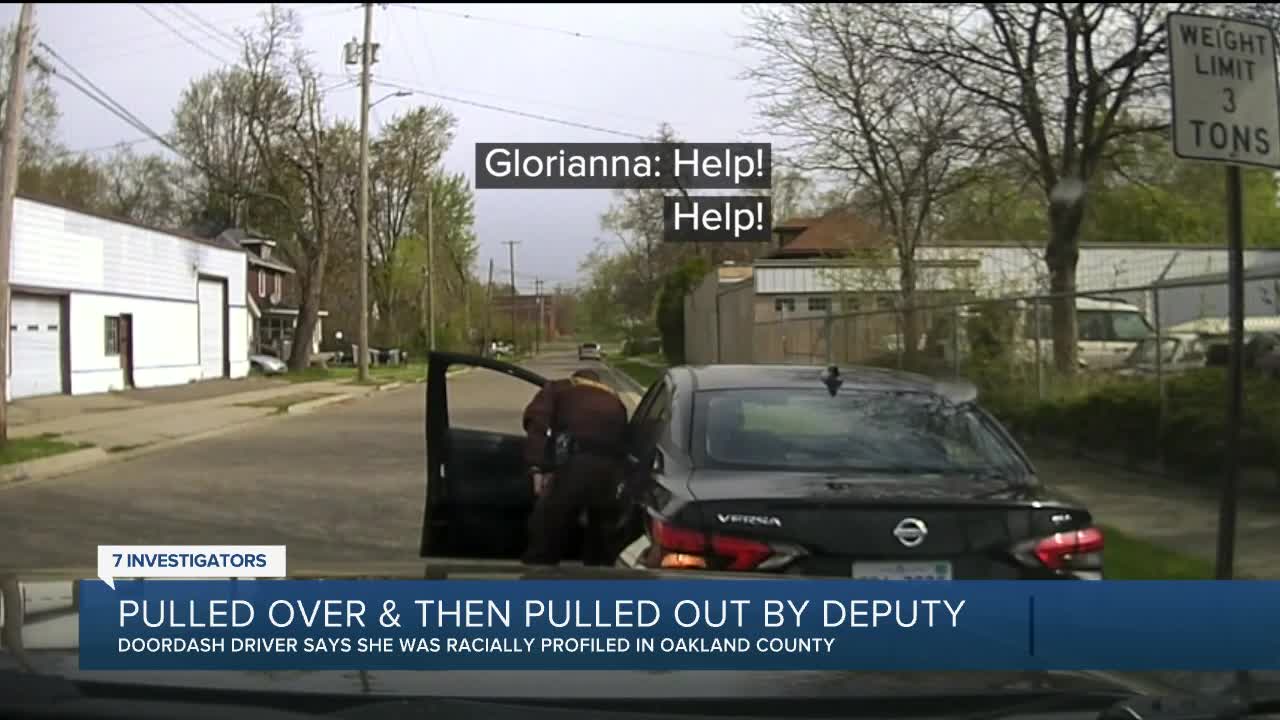 It’s 9:45 on the morning of May 8, and an Oakland County sheriff’s deputy says he sees something suspicious. A black Nissan Versa is circling in a Pontiac neighborhood. The driver is 27-year-old Glorianna Moore. 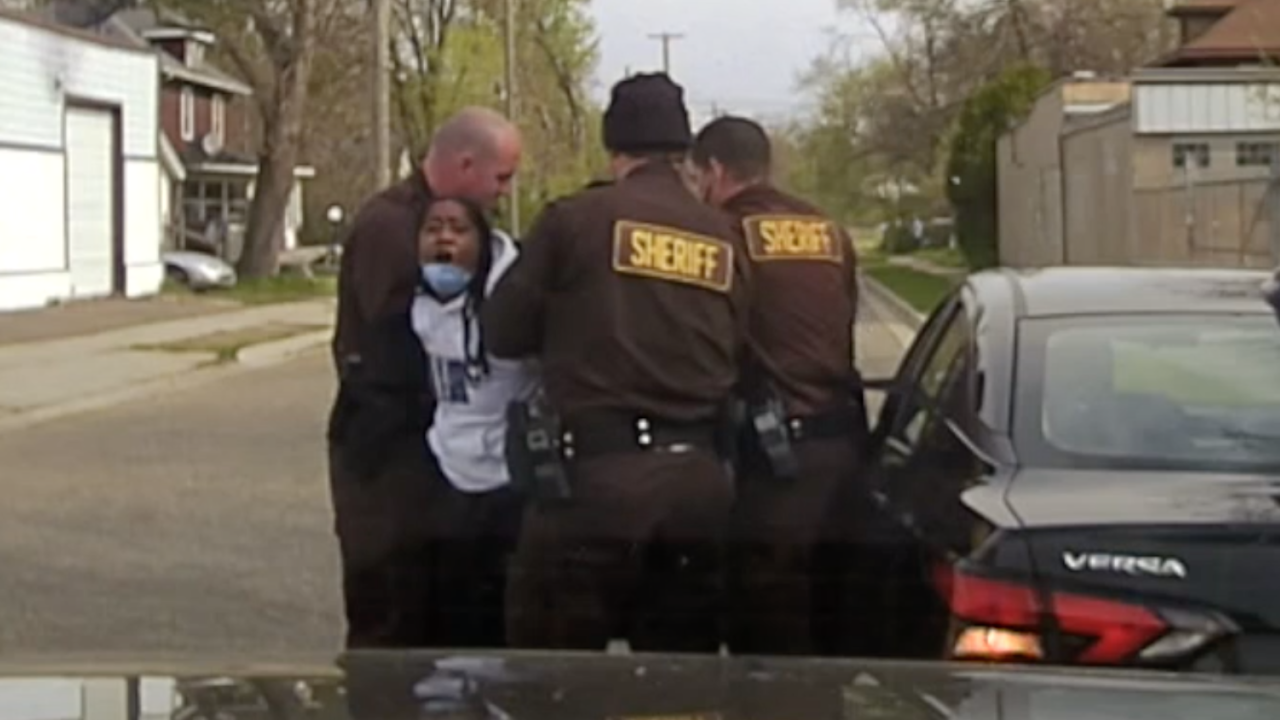 PONTIAC, Mich. (WXYZ) — It’s 9:45 on the morning of May 8, and an Oakland County sheriff’s deputy says he sees something suspicious.

A black Nissan Versa is circling in a Pontiac neighborhood. The driver is 27-year-old Glorianna Moore.

“I wasn’t familiar with the Pontiac area or the complex or anything like that,” Moore said in a recent interview recounting the moments before the stop.

The deputy would later say that Moore was driving in an area “known for a high level of narcotics and violent crime.” And truth be told, she’d just finished making a very important drop.

“What were you delivering?” asked Channel 7’s Ross Jones.

Moore works for DoorDash, and when she was done dropping off her second order of the morning, the deputy kept following her for six blocks before turning on his siren.

He would later say she was speeding.

“I was nervous because in the back of my mind, I knew something wasn’t right because of how he was following me,” recalled Moore, who is Black.

She pulled over almost immediately, and what should have been a routine traffic stop quickly became anything but.

After the deputy asked Moore for her license, she replied, “What am I getting stopped for?”

The deputy asks again, saying he doesn’t need to tell her. She replied, “What am I getting stopped for? I don’t have to give you my license.”

The deputy responded saying, “Nope, you do. Now you’re coming out of the car.”

RELATED: How troubled cops stay on Michigan police forces, even after being fired

The deputy is seen reaching his hands into her car, opening the door and trying to pull Moore out. She’s still buckled in, but he keeps pulling.

“I’m scared, I’m in shock,” Moore said in an interview last month. “I can’t believe he’s actually pulling me out of the vehicle with no knowledge of why.”

On the deputy’s dashcam recording, Moore can be heard screaming, “You did not tell me what I was pulled over for!”

After about two minutes, three other deputies arrive to help with the arrest.

Moore is pulled out, cuffed and put in the back of a squad car. Then, a team of deputies spends the next nine minutes searching her vehicle.

Moore was surprised by the search since she was pulled over for speeding.

When they were done, deputies said they found drugs on the seat of her car. A field test said it was crack cocaine. It’s a charge Moore vehemently denied, and for good reason.

“I don’t associate with anyone who does it,” she said. “I’ve never tried it, sold it, bought it, nothing. So, yes, that was a surprise to me.”

7 Action News shared video of the arrest with several former prosecutors, who said they were troubled by how quickly the confrontation escalated.

“I have a problem with how it all started,” said Herb Tanner, a former county prosecutor for more than 20 years.

Today, he is a consultant for police departments and prosecutors across the state.

“Many of us have been stopped for speeding,” Tanner said. “And we don’t get hauled out of the car just because we ask, 'officer why did you stop me?'”

According to the Oakland County Sheriff’s office, the deputy pulled her out of the car for his own safety because Moore “immediately recoiled” from the officer, and reached her hands into the center console.

But on video, Moore is only seen recoiling after the deputy reaches into her vehicle. The only thing in her hands is her cell phone, which she used to record the arrest.

“This is a classic case of racial profiling,” said Ryan Hill, an attorney for Glorianna Moore.

“It’s a complete fabrication. The way (the police report is) written, and I’ve seen it a thousand times, it’s a justification for an illegal stop and an illegal arrest,” he said.

Oakland County Undersheriff Mike McCabe declined an on-camera interview for this story, but stood by his deputy’s conduct.

He said the search of Moore’s vehicle was legal because officers were going to impound it and needed to take an inventory.

7 Action News reached out to Prosecutor Jessica Cooper’s office to see if they agreed. Only days after we did came word that those drugs officers found in her car weren’t drugs at all.

The county’s crime lab ran a second test of the substance they found: it tested negative. The drug charge is now being dismissed three months after Moore was arrested.

However, a charge for resisting arrest still remains.

“They feel like they’re scared? Well, we’re scared as well,” Moore said. “When officers walk up to the car, especially when you know you’re not doing anything wrong and you’re falsely accused of doing something you’re not doing.”