How troubled cops stay on Michigan police forces, even after being fired 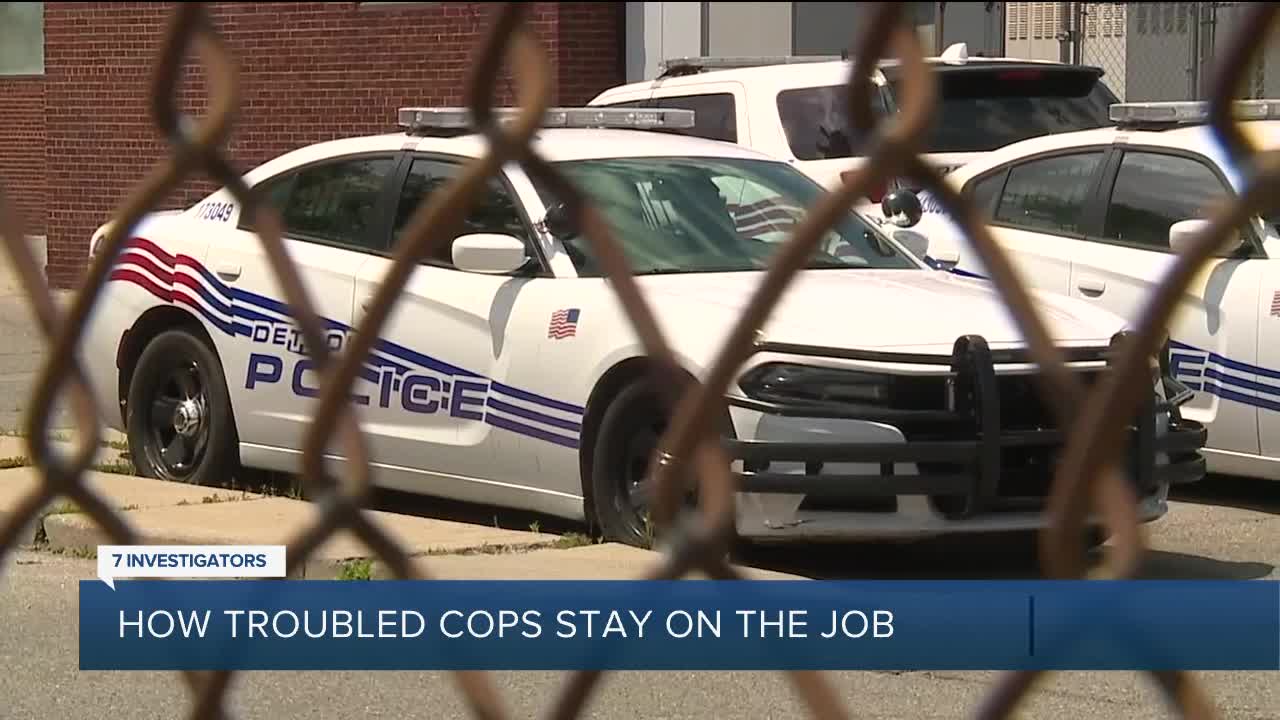 As cities grapple with how police departments should change in the wake of nationwide protests, questions are being raised about how troubled officers have been allowed to stay on some police forces, even when their own department doesn’t want them.

(WXYZ) — As cities grapple with how police departments should change in the wake of nationwide protests, questions are being raised about how troubled officers have been allowed to stay on some police forces, even when their own department doesn’t want them.

In 2015, the Detroit Police Department moved to fire Michael Garrison for shooting a deer in a public park, then providing false statements to investigators.

Garrison appealed the department’s decision to an arbitrator, who ruled that Garrison should be suspended, not terminated, for 60 days. He returned to the police force.

Garrison was fired again. But critics of the police arbitration system say it shouldn’t have taken two terminations to remove him from the department.

“In this state in general, and the city of Detroit, the police unions are very strong and very powerful,” said William Davis, a member of the Detroit Board of Police Commissioners.

Through their union contracts, officers in Detroit and elsewhere are entitled to appeal terminations and other discipline to an arbitrator. Critics say it allows troubled cops to stay on the force and commit more bad acts.

“Police officers should be held to a higher standard,” Davis said, “not a lower standard.”

Jones stayed on the force and was soon eligible for a promotion. When Detroit’s Board of Police Commissioners learned that he could soon be elevated, they voted 9-0 to block his promotion.

But an arbitrator overruled the board. Today, Jones is a sergeant.

“A lot of these officers, they know the game,” police commissioner Daryl Brown.

Arbitration relies heavily on past practice. In the case of Sgt. Jones, he was eligible for a promotion, because years earlier, a different officer with a similar disciplinary history was promoted, too.

“The other thing a lot of them try to harp on is past practice,” Brown said. “And that’s what we have to lean towards. Is changing these practices that are bringing these officers back.”

In 2018, Michigan State Police fired Trooper Ethan Berger. He was involved in the death of Damon Grimes after chasing him in his ATV, allowing his partner to shoot him with a taser.

MSP said Berger violated their road block policy, lied to investigators and filed a false police report. They wanted him fired, but an arbitrator decided to only suspend him.

“I don’t think arbitration is the problem,” said Jim Tignanelli, President of the Police

Officers Association of Michigan. “I think it helps us resolve the dispute more quickly.”

Tignanell says arbitration allows employment disputes to be resolved without clogging up courtrooms and points out that both sides have to agree on which arbitrator will decide a case.

“I hear too often that unions are only here to protect bad cops,” he said. “And I resent that because the fact of the matter is, a bad cop makes all of our guys work a little harder.”

Trooper Dan Thompson was fired by MSP in 2017 following a traffic stop where he pulled over what turned out to be the son of a county sheriff.

After the trooper found marijuana in the car, he placed a call to the sheriff which was recorded by his dash camera.

“I'm willing to do whatever to make this go away man, just between me and you,” he said.

MSP said the young man admitted to selling marijuana, but Thompson wrote he was arrested for only possession.

State police say Thompson lied to investigators about the arrest and tried to fire him. But the arbitrator gave him his job back, as WJRT reported in 2018.

“Does a cop calling another cop offering to make something go away sound like a cop we should be employing?” asked Channel 7’s Ross Jones.

“It does if you’re the guy who’s on the other end of the phone,” said Tignanelli, adding that the officer has discretion.

Police reform advocates say it’s time that, at a minimum, departments challenge arbitration awards that bring troubled officers back to the force.

“But you know when we have bad actors, there should be some consequences.”