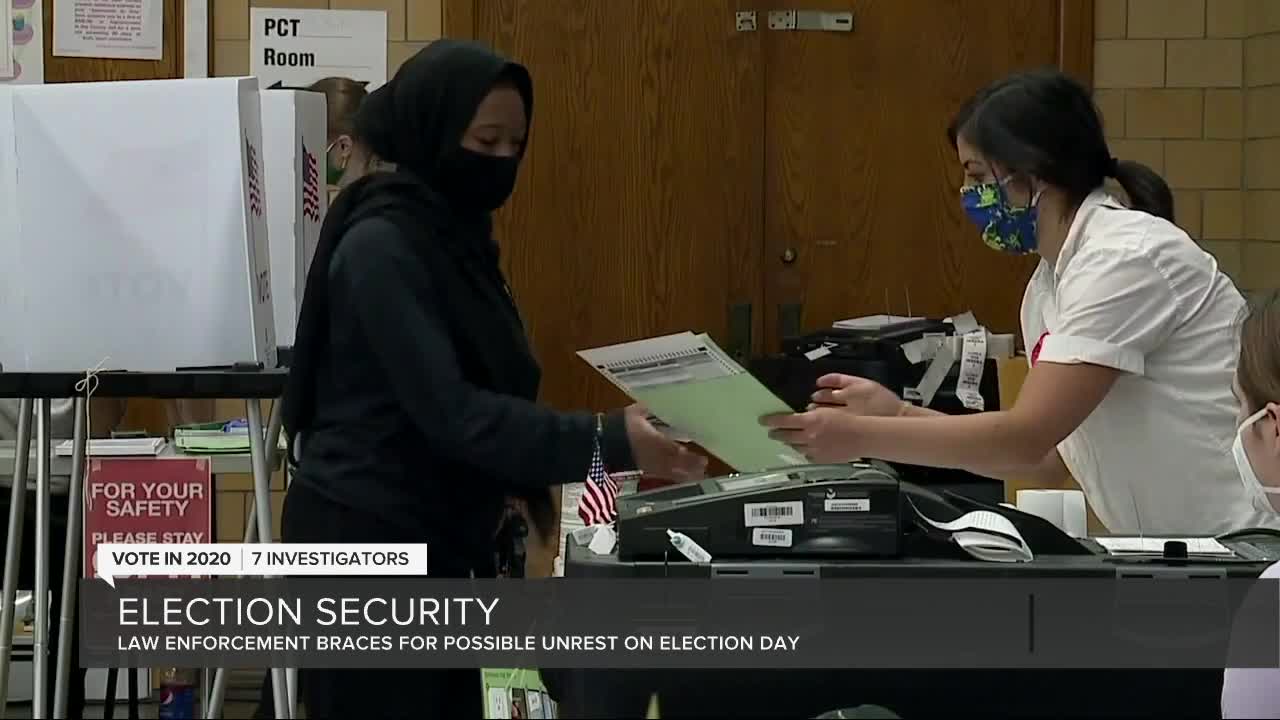 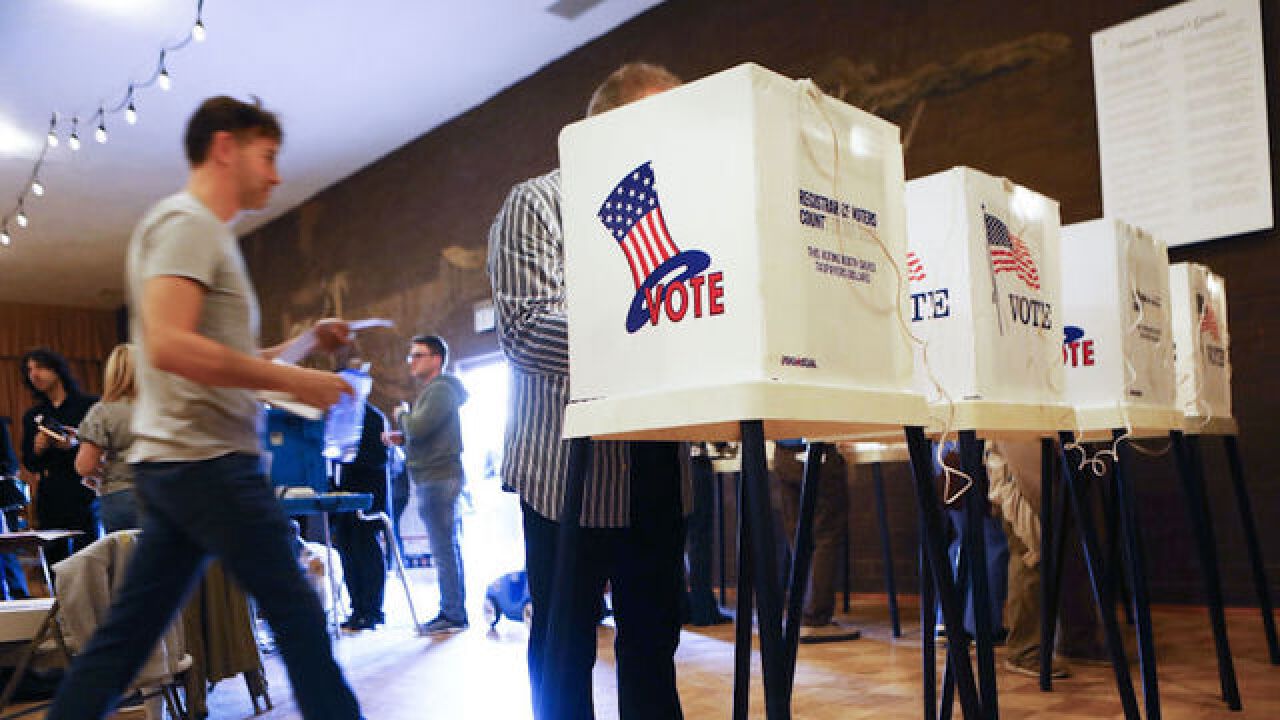 (WXYZ) — Amidst a surging pandemic and threats of unrest, local, state and federal law enforcement are working to prevent any disruptions from occurring on election day throughout Michigan..

More than 2.1 million absentee votes have already been cast in our state, but a significant number of voters are still expected to head to the polls seven days from now to cast their ballots.

“Years ago, election day was pretty sleepy for the federal government,” said Matthew Scheider, the U.S. Attorney for the Eastern District of Michigan. “We would monitor it and watch it and nothing really happened. We’ve been planning this for years.”

In the months leading up to election day, the FBI and US Attorney’s Office have been working in tandem with the Attorney General’s office and Michigan State Police.

Those preparations were only heightened following a recently revealed alleged plot by extremists to kidnap Governor Gretchen Whitmer.

David Nanz, the Acting Special Agent in Charge of the Detroit FBI, said that while he is hopeful for a peaceful November 3, the FBI “has a plan nationally to surge resources to a particular city in the event that there is violence related to the election.”

He declined to say whether any specific intelligence suggests that violence was likely in Michigan.

While there have been no public plans of unrest in Michigan, President Trump has called for an army of his supporters to monitor the election as poll watchers.

“I’m urging my supporters to go into the polls and watch very carefully, because that’s what has to happen,” he said during last September’s presidential debate.

Already, some extremist groups have said they will.

Alexandra Stern is a professor at the University of Michigan who studies far right extremism. Throughout the country, she says extremist groups like the Proud Boys, Oath Keepers and Three Percenters have said they’ll be at the polls, though there have been no announced plans here in Michigan.

“They will often show up en masse, it’ll be a large number of armed white men who come wearing camouflage,” Stern said. “Think of what happened in Lansing in the spring, where you basically had armed groups showing up at the Capitol yelling and
intimidating.”

Attorney General Dana Nessel stresses that voter intimidation is a felony in Michigan, and supported the ban announced by Secretary of State Jocelyn Benson of open carry firearms at polling places that a judge reversed late this afternoon.

“I don’t want people to look at what happened up at the Capitol and think that if that type of activity happens at the polls, it’ll just be accepted by law enforcement,” Nessel said in an interview that took place before the judge's ruling.

Her office vowed Tuesday to immediately appeal the judge's ruling. Even before it was announced, some sheriffs said the ban wasn’t based in law.

It's unclear when Nessel's appeal will be ruled on.

“To have a lot of people in law enforcement say, ‘Well that’s their right,’” Nessel said. “Well, it’s not your right to brandish a weapon and scream and yell at somebody and get in their face while they’re holding an AR-15. I think that’s illegal.”

It's unclear when a judge will rule on Nessel's appeal, but she assures voters that law enforcement will be out in force on election day.

“Literally in every corner of the state, we’ll make sure that there is some law enforcement entity so that if you do have people that are threatening voters,” she said,“that there is someone with a badge that can come in and enforce the law when people are threatened or intimidated.”

While Professor Alexandra Stern acknowledges the threat of possible unrest on election day, she says it shouldn’t keep anyone from heading to the polls on Nov. 3.

“Even though there’s a threat of voter intimidation, we should not be intimidated to vote,” Stern said.

“People need to exercise their rights in this election like any other election, and we know this is a very high-stakes election for the country.”

If you see anything that might be considered voter intimidation on election day, the Attorney General’s office wants you to call their hotline at (517) 335-7659.