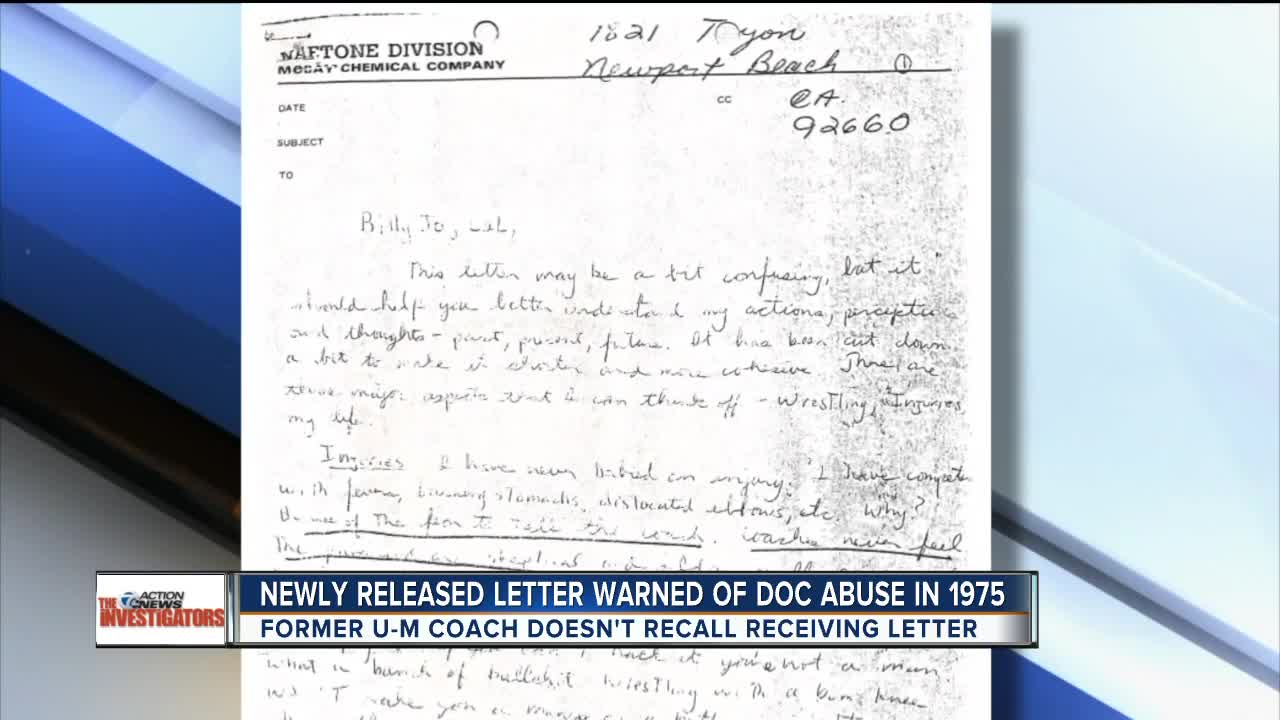 A letter that a former University of Michigan wrestler says he sent to his coach in 1975 alerting him to the misconduct of a university physician has been released publicly. 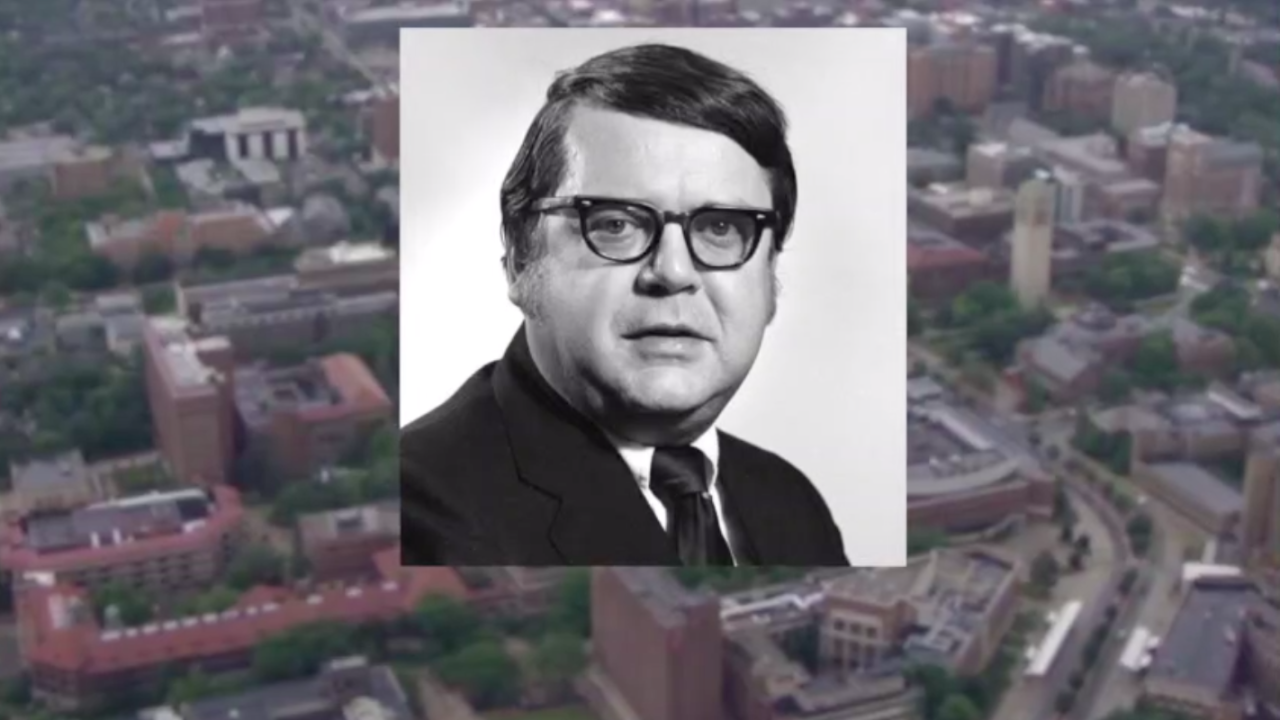 (WXYZ) — A letter that a former University of Michigan wrestler says he sent to his coach in 1975 alerting him to the misconduct of a university physician has been released publicly.

Written by Tad Deluca, a wrestler in the 1970s, the letter alleges that then U-M team doctor Robert Anderson touched players’ genitals no matter the reason they visited him.

"Something is wrong with Dr. Anderson. Regardless of what you go in there for," he wrote, "he asks that you 'drop your drawers' and cough."

Since February, more than 300 former students and athletes claim Anderson abused them. Anderson retired from U-M in 2003 and died in 2008.

The warning was part of a 9-page letter Deluca wrote to his coach, Bill Johannesen, outlining a litany of concerns he had about the wrestling program.

Deluca’s attorney Parker Stinar says the letter demonstrates that the University of Michigan was alerted to Anderson’s misbehavior 45 years ago, but never took action to stop it.

“This is a teenager who doesn’t know right from wrong, doesn’t know what is and is not appropriate treatment, but is clearly disturbed by a number of things at the university, including Dr. Anderson,” Stinar said.

In July of 1975, Coach Johannesen responded to Deluca’s letter, the former wrestler says, by pulling his scholarship on the team.

Through his attorney, he provided a copy of Johannesen's written letter on athletic department letterhead. It did not address Deluca’s claim that Anderson was improperly touching players.

“…you will not return to my wrestling room,” said the letter signed by Johannesen, “whether or not your scholarship is in effect.”

Reached by phone, Johannesen said he does not recall receiving Deluca's letter or ever responding to it.

“Not one wrestler ever came up to me and accused Dr. Anderson,” Johannesen said.

Now retired, Johannesen said he did not pull Deluca’s athletic scholarship because he doesn’t believe Deluca was on scholarship.
But the letter signed by Johannesen, along with another letter sent to Deluca from athletic director Don Canham, contradicts that.

University of Michigan spokesman Rick Fitzgerald declined to comment on the newly released letter. Earlier this week, the university announced it intends to settle claims with victims outside of the courtroom.