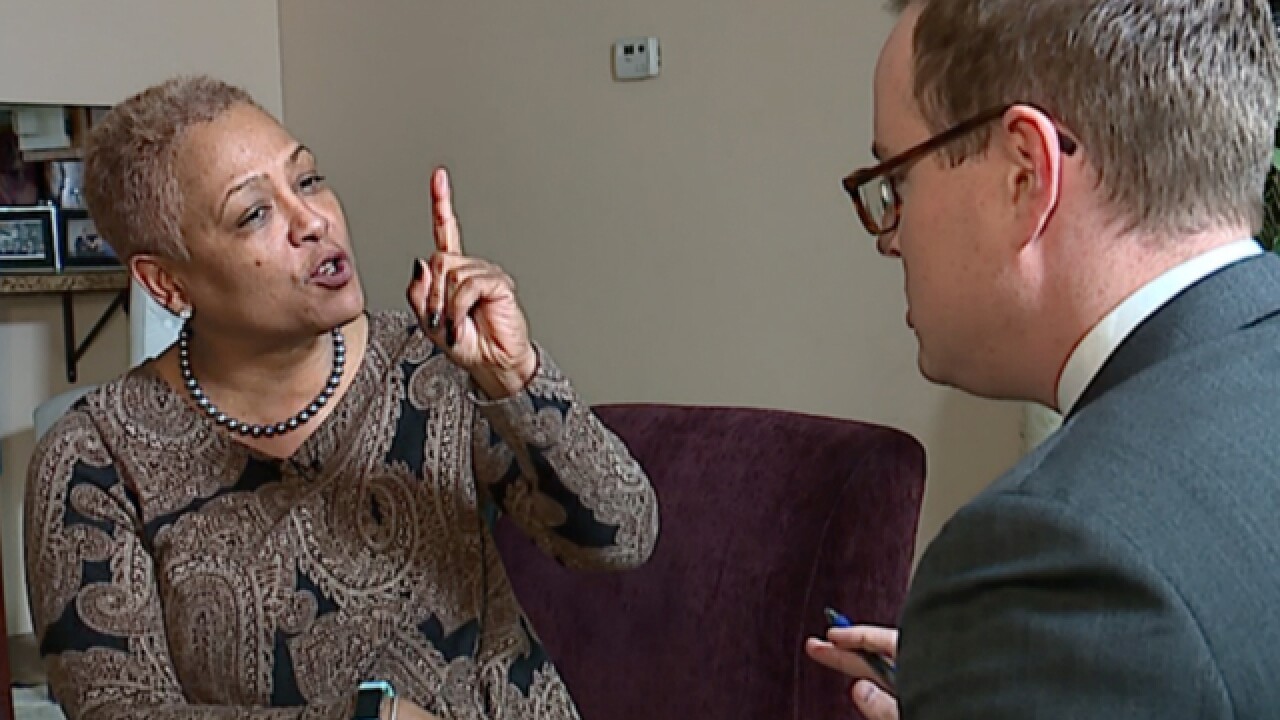 Wayne County Circuit Court Judge Vonda Evans could face scrutiny with judicial watchdogs, says the county’s top judge, because of the findings of a 7 Action News investigation into how much time she spends at work.

“We expect judges to tell us the truth as to when they’re here and when they’re not here,” said Colombo. “Because the supreme court says if you lie, you shouldn’t be a judge.”

A 7 Action News investigation found that Evans submitted false attendance information, showed up to work late and left early and—on some days—failed to come to court at all.

“Would you say that I should have been there earlier?” Evans asked Channel 7's Ross Jones. “Absolutely, I’m wrong. Guess what, I’ll admit that.”

Undercover cameras caught Evans on a recent Monday arriving at court after 10:30AM, more than two hours after court opened.  The following day, she says she didn’t show up to work at all, but her attendance report shows she worked that day.

A few days later, 7 Action News watched Evans arrive at 10 AM and leave for the day some 90 minutes later.

On March 29th, Evans failed to come into work at all, though she vehemently insisted she didn’t skip work questioned by 7 Action News on Monday.

It is.  In fact, Evans later told 7 Action News that she didn’t come into work because the chief judge of the court had issued a directive not to bring jurors in that day because of inflated parking prices that coincided with Tigers opening day downtown.

But the court was still open and other judges made it into work. Evans did not, she concedes, but her attendance report shows her marked as present.

This morning, Evans amended her attendance report to show that she was off.

While she didn't show up to work, that same night our undercover cameras found Evans at a campaign fundraiser at a Detroit bar, collecting $30 a head at the door.  Evans is running for the Michigan Court of Appeals.

Evans said her attendance isn't drastically different from other judge's.

“Guess what, that is the culture that exists at Third Circuit (Court),” Evans said. “The issue is: are judges (meting) out justice?”

Internal court records that keep track of how many cases are stacking up in each judge’s courtroom show that, in February, Evans ranked at nearly rock bottom, with 37 cases languishing weeks or months over the state guidelines.

“Is that really unreasonable to say, boy, if she was working a full day like the rest of us, maybe she wouldn’t have so many cases go past the guidelines?” asked Channel 7’s Ross Jones.

“You make it think that what I’ve done is so salacious, so wrong when there are other people that are doing the same thing, but you’re not going after them,” Evans said.

She provided 7 Action News video she took last Friday, after she learned we were looking into her attendance, of a mostly empty judge’s parking lot downtown. Proof, she says, that attendance problems extend to more than just her.

Chief Judge Robert Colombo says Evans’ attendance has been a problem dating back years. He is troubled by what 7 Action News showed him, not just with undercover video but with Evans’ own timecards.

On December 13, she posted on social media  “2 more days and I am off until January.” But her timecard shows she was present most of the next week.

Evans said she wants attendance for the entire docket to improve, including for herself.

“I want everyone to be held accountable, because that’s the only way we change,” she said. “Ideal and reality are sometimes far apart.”

“What time you going to show up tomorrow?” asked Jones.

According to Chief Judge Colombo, even though she ranked almost dead last when it came to the case productivity in February, Evans started to show improvement in March.