Student: 'I chose to come to MSU, I did not choose to be gang raped.' 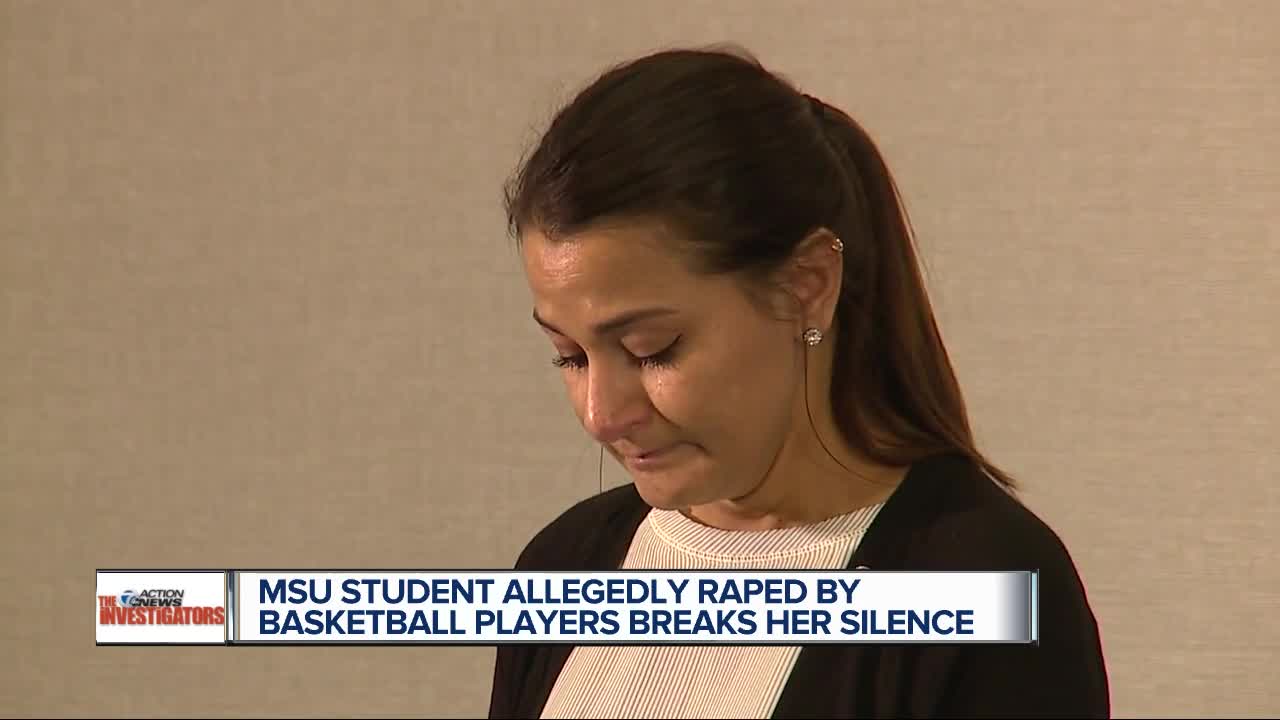 For four years, Bailey Kowalski says she's been forced to live a double life: a Spartan who can't bear to cheer for Michigan State. On April 11, 2015, Kowalski says she was brutally raped by three MSU basketball players in an off-campus apartment, hours after they returned from the 2015 Final Four.

On April 11, 2015, Kowalski says she was brutally raped by three MSU basketball players in an off-campus apartment, hours after they returned from the 2015 Final Four.

"I was only 18 years old as a freshman when I was gang raped," Kowalski said through tears today. "No one prepares an 18-year-old to go through something like that."

Days later, Kowalski went to the MSU Counseling Center. After she shared her story, she says a counselor cautioned her that if she reported the alleged assault, she "would be swimming with some really big fish."

Kowalski never reported the rape to police, saying she felt discouraged from coming forward, then quickly became despondent. She dropped out of Michigan State for a semester, later re-enrolling and changing her major. She had wanted to become a sports reporter, but stopped studying journalism altogether. Next month, she'll receive a degree in biology.

"I want you to understand the damage that this does to a person," Kowalski said. "And when you write this story or talk about it on the news, I ask that you include my plea to other victims. That they can come forward and they can find strength, encouragement and a friend. I don’t want others to feel as isolated and distraught as I once was."

Last year, Kowalski filed a civil lawsuit against Michigan State as a Jane Doe. She did not name the three players she's alleging to have raped her, and declined to name them today. She says she is considering filing a police report. The civil case is still pending.

Kowalski said she came forward, in part, because she was inspired by the courage of the victims of Larry Nassar's abuse.

"I want the system surrounding Michigan State University to change, and I want all people to be treated with dignity and respect, regardless of their status or the revenue they bring to the university," Kowalski said.

"And I want other survivors to know that they matter."