They didn't sign a letter supporting Metro Airport's next CEO, then they lost their jobs 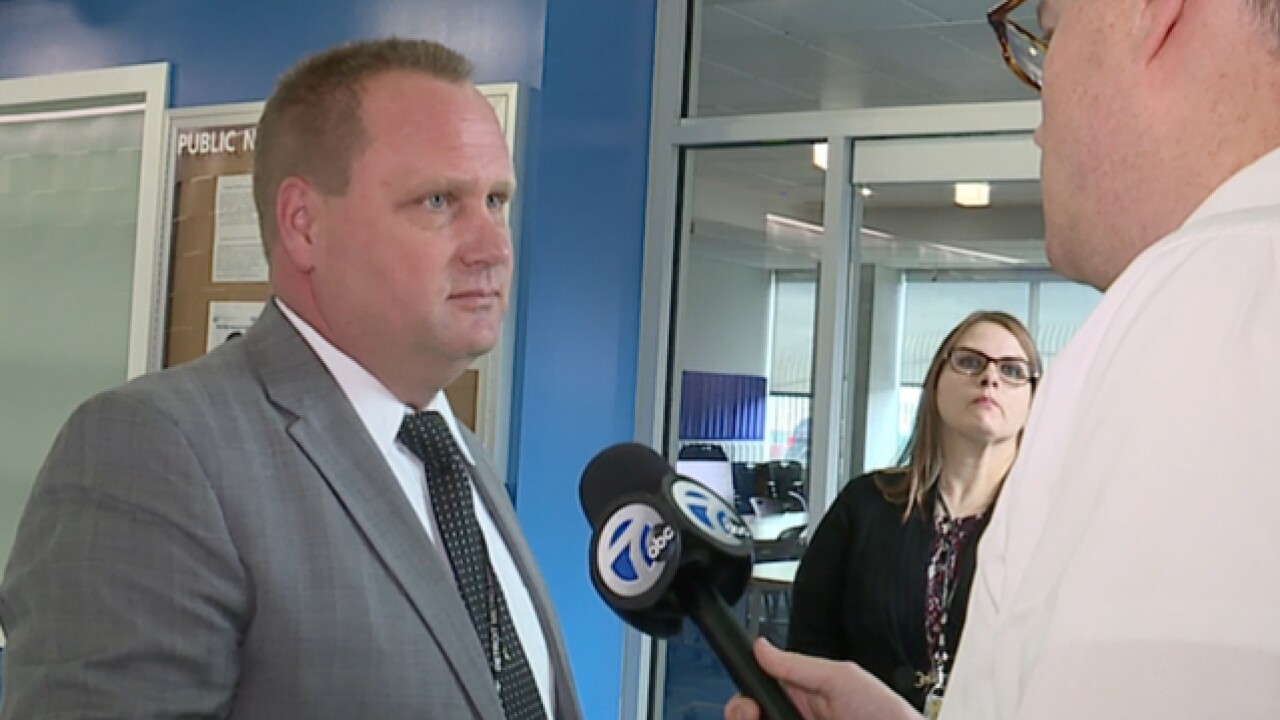 Since July, Chad Newton had served as the airport’s interim CEO despite objections from airport board members who balked at his lack of experience running a major airport and the manner in which he was chosen.

His selection on Wednesday as permanent CEO marks a 19-year climb for Newton, who started at the airport as a police officer. In fact, his entire career at the airport has been in law enforcement. Previously, he was the airport's vice-president of public safety. Newton is certified by the American Association of Airport Executives as an Accredited Airport Executive.

After Genelle Allen stepped down as interim CEO in July, Newton was put forward as her replacement by June Lee, the airport authority’s vice president of administration and a former assistant county executive to Wayne County CEO Warren Evans.

Evans and Newton have a history. According to his resume, Newton worked at the Wayne County Jail while Evans was sheriff. In April, Newton was photographed at an Evans campaign fundraiser where he wrote a $2,000 check.

Board member Mark Ouimet, a former state representative, was just as baffled

"I’ve never gone through anything like this before," he said.

The board voted 4-3 to hire Newton, with only members appointed by the county executive voting yes.

But at the same meeting, the board also voted 6-1 to commence a national search to find a permanent CEO for the airport authority, which has seen four CEOs in two years.

In August, after Newton’s first month on the job, Lee called a meeting of airport vice presidents, asking them to sign a pre-written letter urging the airport board to abandon their search and hire Newton as the permanent CEO.

“We know Mr. Newtown to be an executive who takes the time to understand the needs of his organization,” said the letter, adding that it was their “unequivocal recommendation” that Newton be hired.

Except it wasn’t. Two airport vice presidents, Thomas McCarthy and Ken Dobson, did not sign the letter, sources say.

For 12 years, McCarthy was the airport’s vice president of planning, design and construction. Since 2016, Dobson was vice president for governmental and external affairs.

Brendan Dunleavy, who was Wayne County’s auditor general under the McNamara and Robert Ficano administrations, called the letter “crazy.”

“You’ve got a guy who’s from the county executive’s office…and he asked you to sign a letter saying that you want to end the national search, and you don’t sign it?” Dunleavy said. “You’d be worried about your job if you didn’t sign that.”

The next month, news of the letter made its way to airport authority board members who asked Lee, in an open meeting, to explain it.

Days after the board meeting, McCarthy and Dobson were terminated. Both were escorted out of the building.

When approached by 7 Action News reporter Ross Jones last month, Newton denied that either man was fired for refusing to support his candidacy as CEO, but said he couldn’t comment frther on personnel matters.

“I hope the county has a good attorney because that’s definitely grounds for a lawsuit,” Dunleavy said.

After terminating both vice presidents, the airport authority reached severance agreements with both men, according to sources; first with McCarthy in October and Dobson last week.

As part of their agreements, both men were barred from discussing their separation.

Yesterday, the airport authority board reversed course, voting to abandon its national search for a CEO and naming Newton the permanent choice.