VIDEO: In police interviews, Nassar blamed everyone but himself 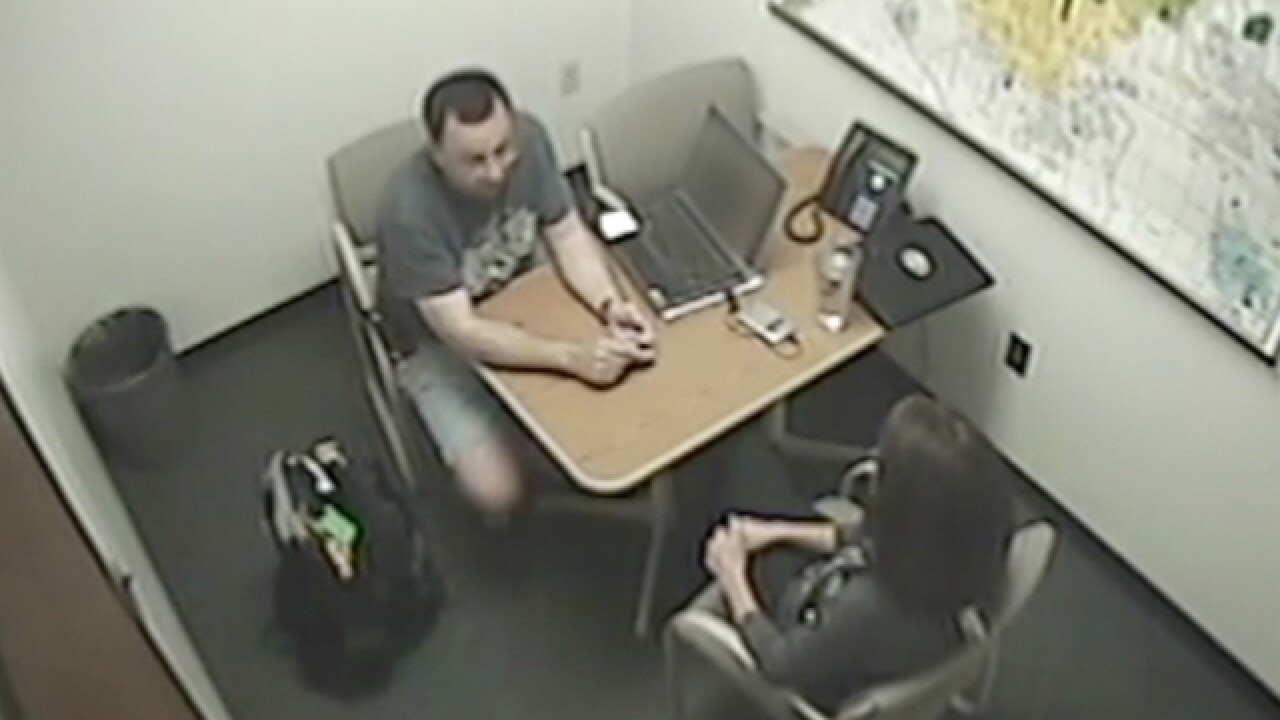 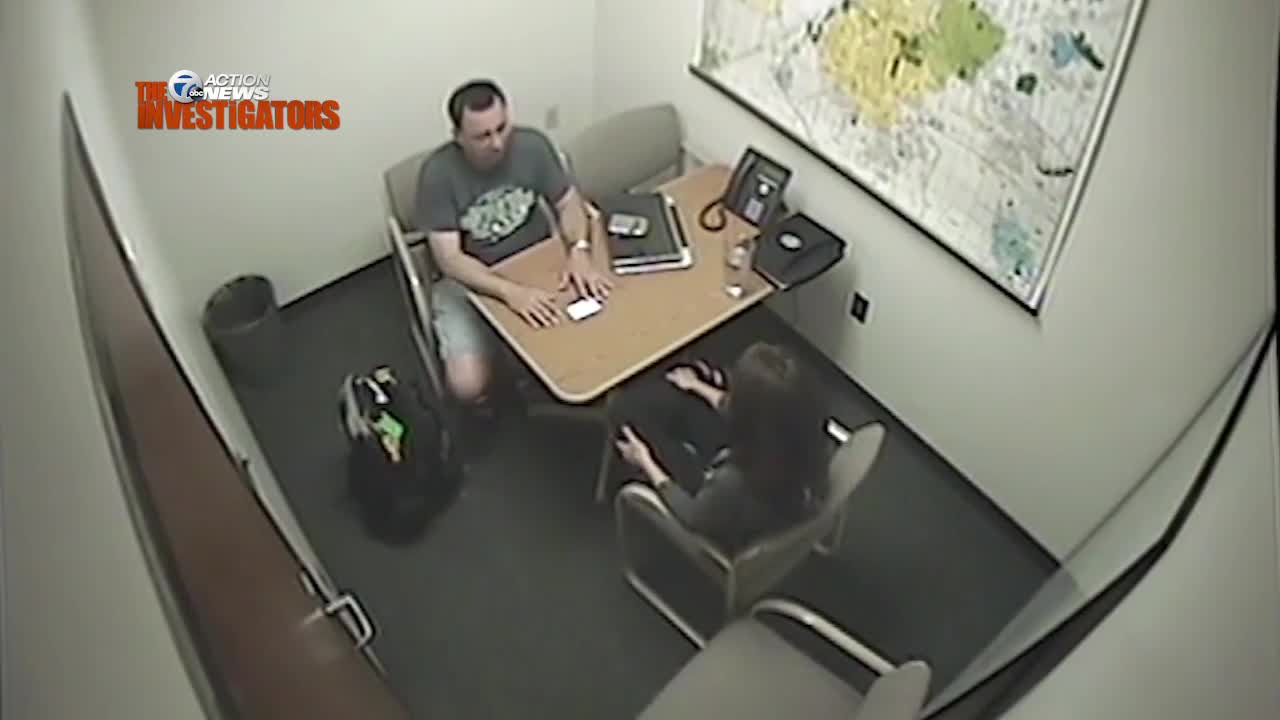 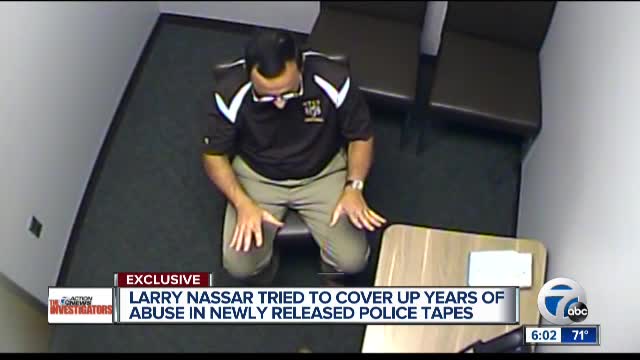 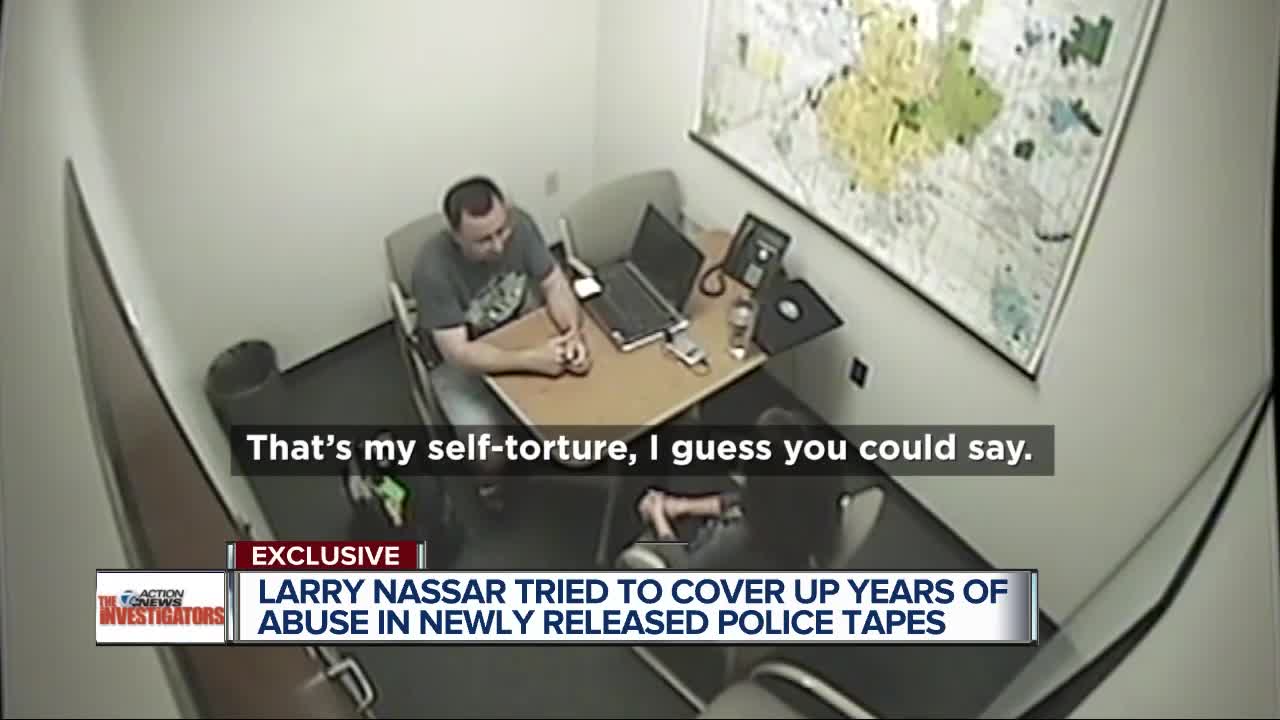 Larry Nassar said he was the victim, not his the women and girls he abused.

In more than three hours of interviews with police, obtained by 7 Action News through the Freedom of Information Act, Nassar appears befuddled and defiant when faced with allegations that he abused patients.

“It’s like blindsiding someone,” Nassar told a detective. “You’re doing this and you’re doing it for good to help someone and they’re giving you the positive feedback that you’re helping them, how do I know I’m hurting them?”

The interviews stem from complaints filed against Nassar in 2014 and 2016.  Both interviews were conducted by officers with the Michigan State University Police Department.

In August 2014, MSU police interviewed Nassar after a graduate student complained he sexually assaulted her during an appointment. Nassar had gotten wind of the complaint from one of his colleague, Dr. Jeffrey Kovan.

“What else did he tell you?” asked Capt. Valerie O’Brien.

“That she felt violated, that I was doing, like I touched her breast and I moved her underwear out of the way. And I’m like, yeah. I do that all the time,” Nassar said.

Nassar brought a laptop to the interview, showing the officer videos of him performing past medical treatments that required contact with intimate parts of women’s bodies, an attempt to convince the detective that everything was fine.

“This is a treatment that I lecture on.  I lecture on not only here at Michigan State,” Nassar said. “I was the keynote guest speaker in Australia to the Australian Olympic sports medicine for this very technique.”

For each allegation made by the young woman, Nassar had the same response: it’s a standard medical procedure. She’s confused. I’m sorry.

“She said that she felt like you were massaging her breast and that was not part of the manipulation that you were doing,” O’Brien said.

During the 2014 interview, the officer asked Nassar if he’s ever been accused of abuse before.

“There has been a few times where that has been brought up. Okay? And each and every time they were sexually abused,” Nassar said.

Two years later, Nassar was back at MSU police—when another victim came forward.

“Has there been another complaint?” Nassar asked. “I’m just like confused right now.”

A second complaint had been filed by Rachael Denhollander, a past Nassar patient.

“I’m trying very hard to do things where I’m not being nearly as invasive,” Nassar said, saying he learned from the last police complaint. “But it compromises things.  So I’m trying to modify that.”

In the 2016 interview, Lieutenant Andrea Munford asked Nassar about details from his past treatment of Denhollander.

“Do you ever get aroused during these exams?” she asked, catching Nassar off guard.

“Do I get aroused during the exam?” he asked.

“Do you ever get an erection?” Munford asked. “The reason why I’m talking about this is because this young girl and her mother both observed this on more than one occasion during treatment.”

Nassar replied: “If there was arousal it’s, it’s, it’s…you know what I mean? It would be because of, whatever, I don’t know.”

“Well, what do you meant whatever?” Munford asked.

“When you’re a guy,” Nassar said, “sometimes you get an erection.”

Nassar pled guilty to a series of criminal sexual conduct charges in 2018.  He was sentenced to up to 125 years in prison.