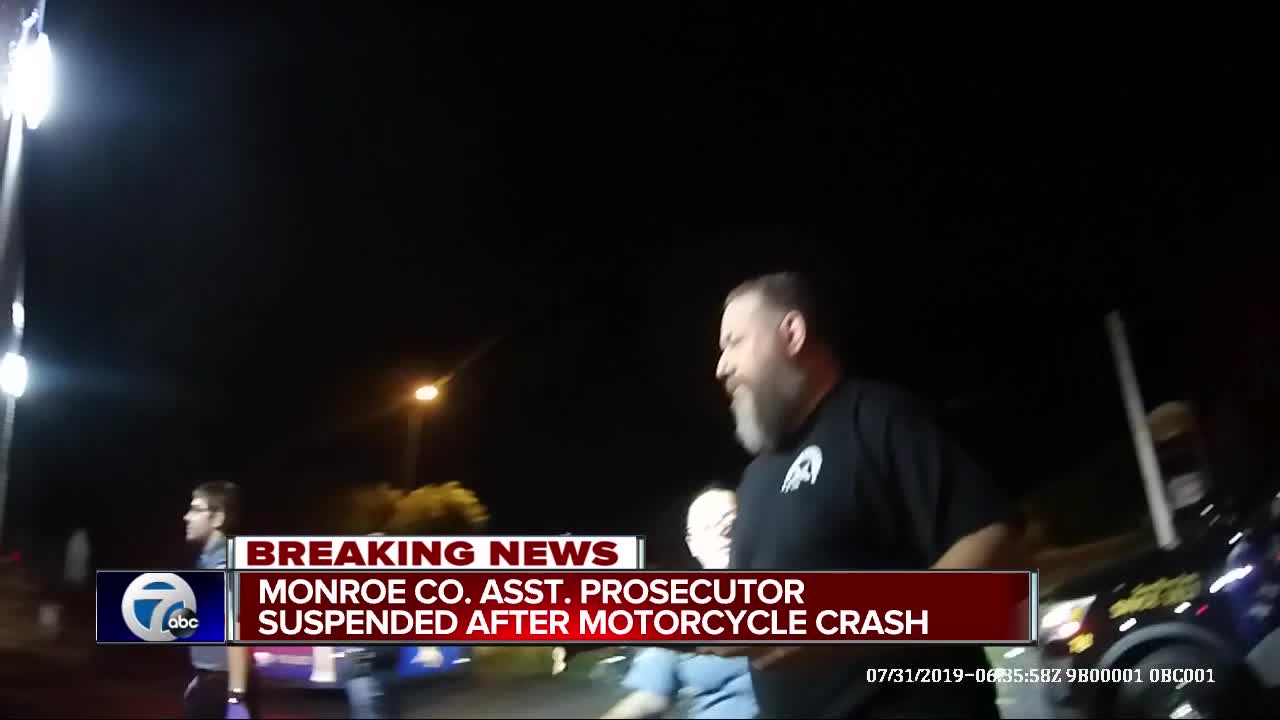 A motorcycle crash in the early hours of July 31 could lead to charges for one of Monroe County's top prosecuting attorneys. 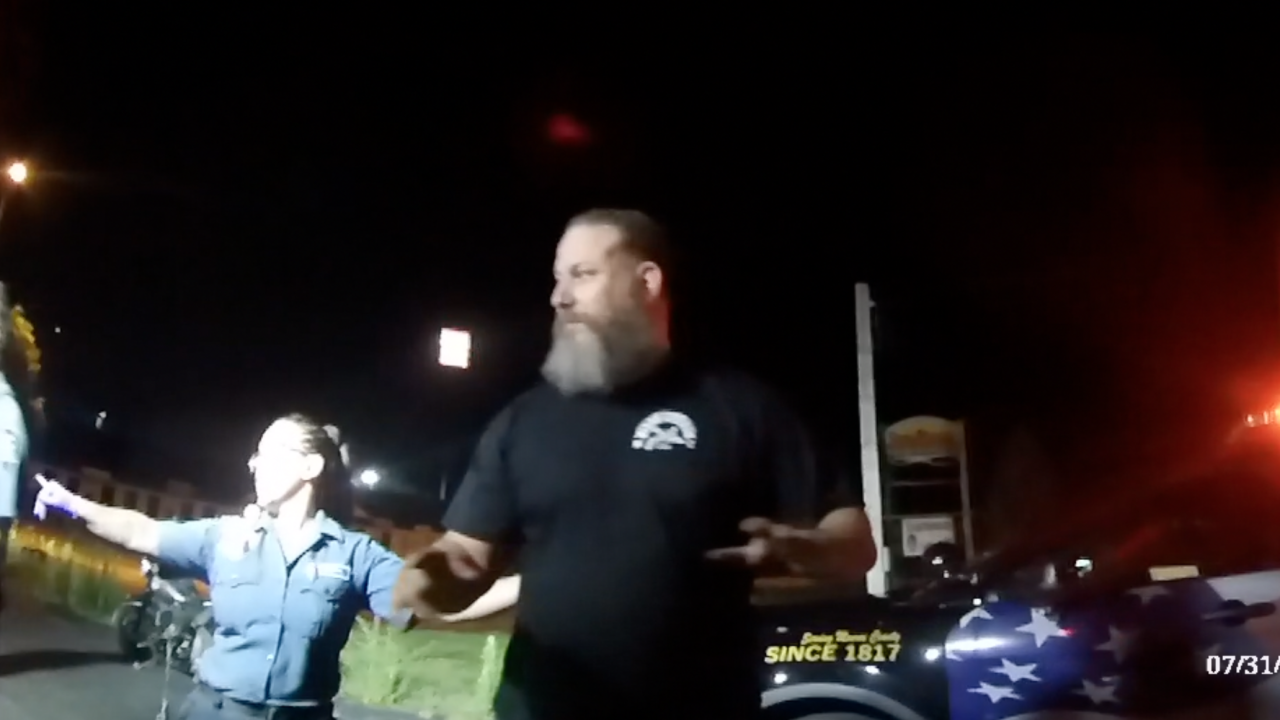 LASALLE, Mich. (WXYZ) — A motorcycle crash in the early hours of July 31 could lead to charges for one of Monroe County's top prosecuting attorneys.

Shortly after 2 a.m., multiple calls to 911 were made after Ronald Benore crashed his Harley Davidson motorcycle traveling southbound on I-75 in LaSalle.

One caller reported that Benore “may [have] struck something.” Another said the driver “fled the scene.”

According to police, Benore got back on his motorcycle and continued driving. A deputy followed him into a restaurant parking lot. He was observed wearing a black "Iron Coffin” motorcycle club t-shirt, blue jeans and black boots without a helmet.

At one point, Benore tells a deputy he’s not feeling well.

“I’m feeling really nauseous,” Benore said, according to the deputy’s body camera. “Can I lay down?"

“What happened,” asked one paramedic.

“I’d rather not talk (inaudible)," Benore responded, adding he doesn’t know how he fell off of his bike.

Police observed that Benore had an empty gun holster on his side, but when they returned to the accident scene they recovered a firearm, magazine and a knife.

Michigan State Police took over the investigation and performed a blood draw at a nearby hospital. They declined to share the results, but did say that the case has been referred to the Attorney General’s Office who may appoint a special prosecutor.

In a statement he added: “No one is above the law. We hope and expect that this case will be handled fairly and appropriately."

Efforts to reach Benore by phone on Thursday were unsuccessful.