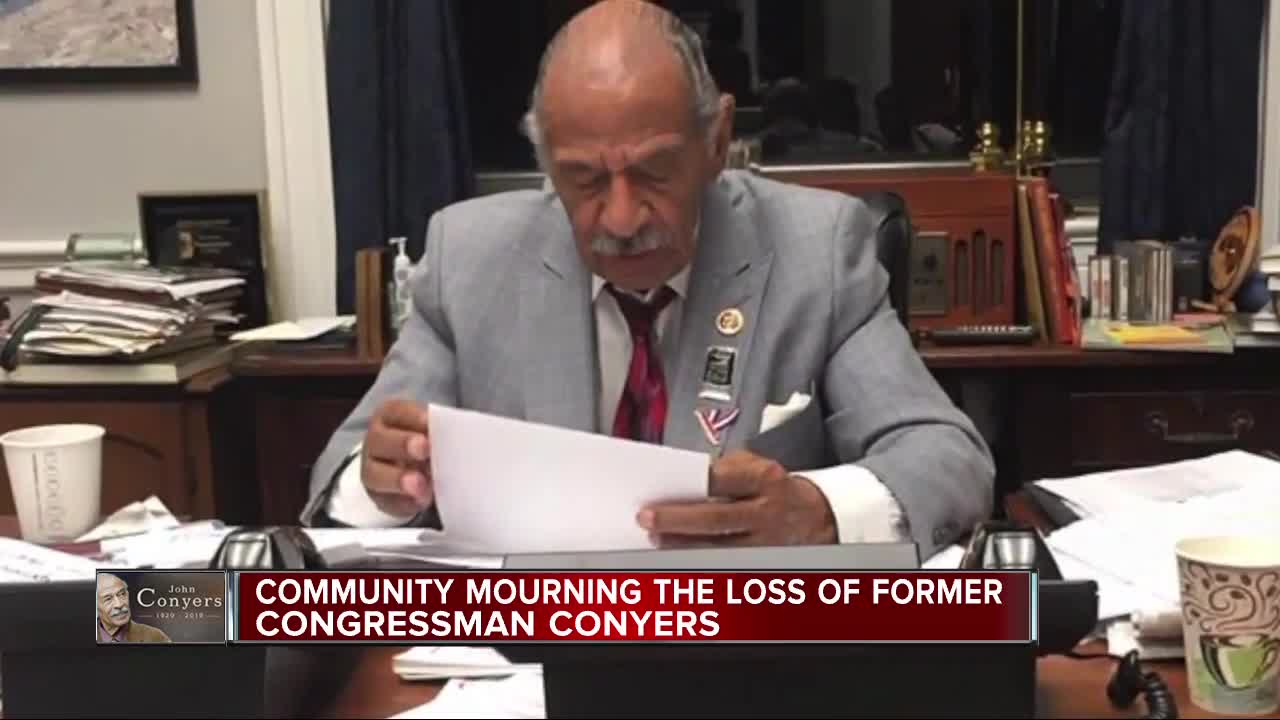 The community is mourning the loss of longtime Congressman John Conyers, who died this weekend at the age of 90. 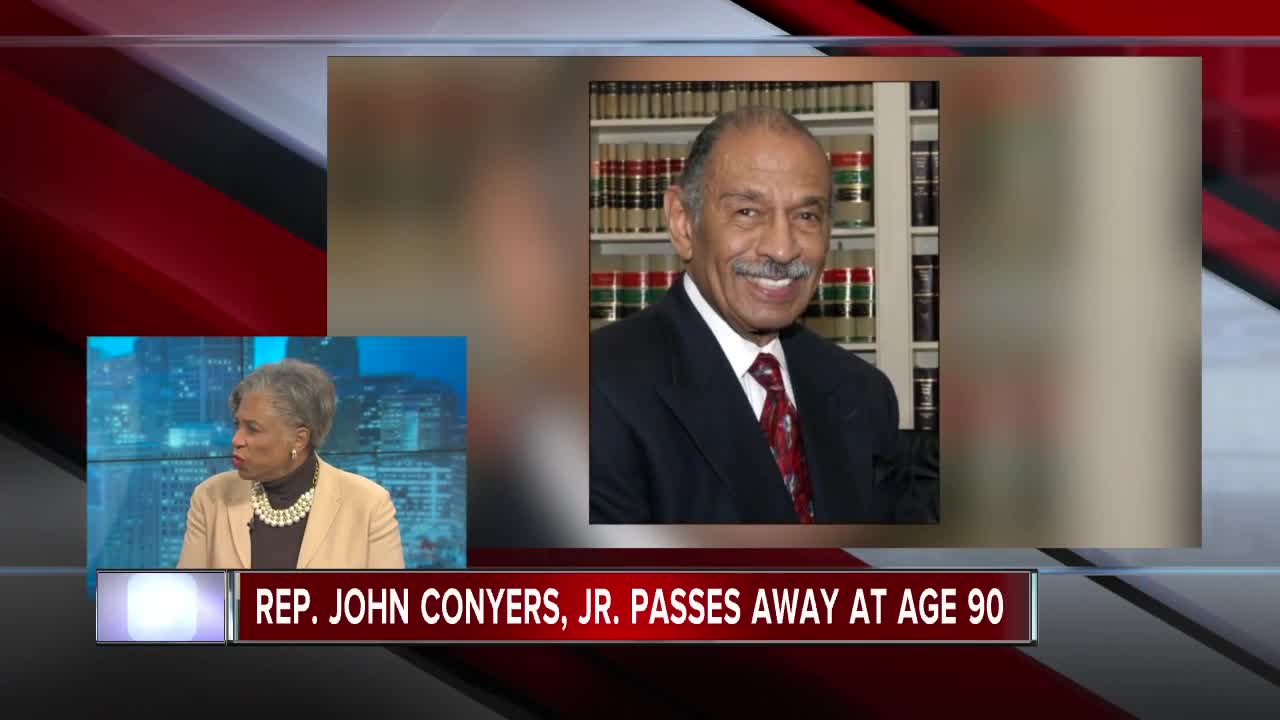 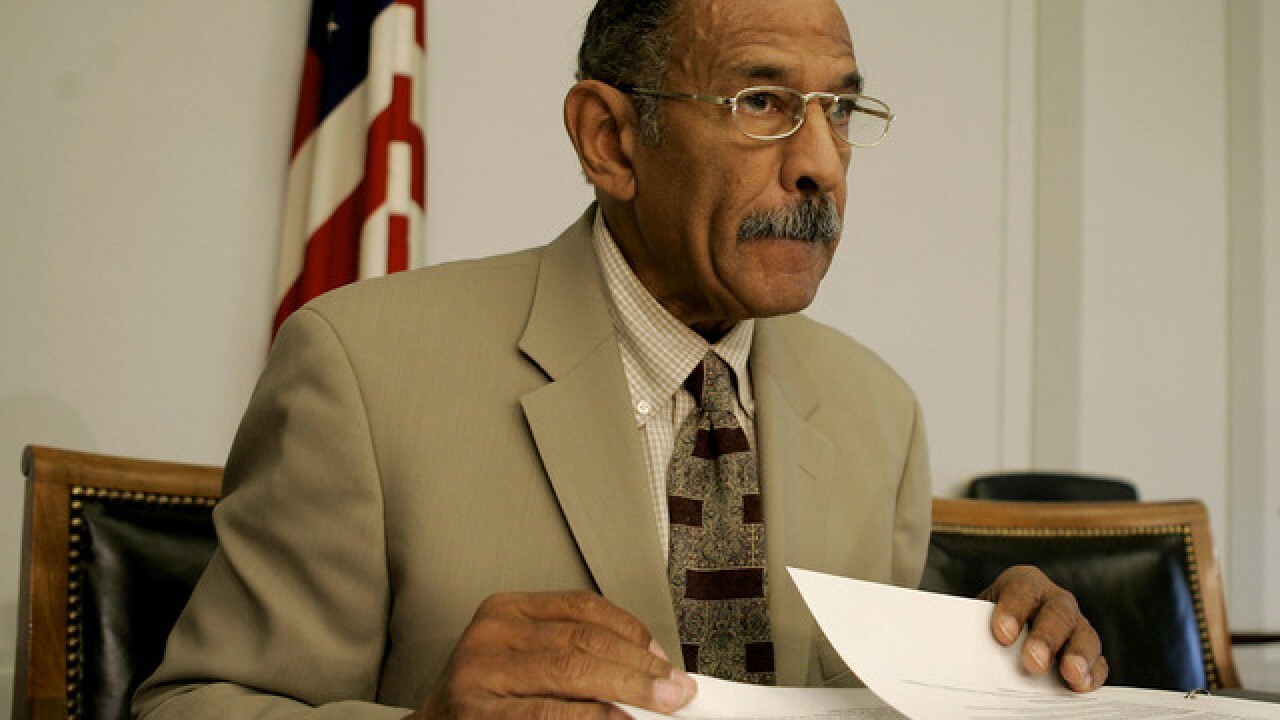 In response to the longtime politicians death, local and state officials offered condolences to Conyers' family while reflecting on his work.

"Congressman John Conyers was a lifelong Detroiter who was deeply committed to the city and to those he represented. His impact on our state, whether by spearheading reforms in criminal justice and voting rights in Congress or through his lifetime of civil rights activism, will not be forgotten," said Michigan Gov. Gretchen Whitmer in a statement. "I extend my deepest condolences to Congressman Conyers’ family for their loss.”

John Conyers spent his life championing those causes. The fights John Conyers fought will be remembered for generations. I am deeply saddened by his passing. May God bring his family comfort during this difficult time.

I am more than saddened by the loss of a dear friend, colleague, & political pioneer. John Conyers spent a lifetime in public service dedicated to civil rights and justice for people of color in America. His legacy will continue to impact generations to come. #RestInPower🕊 pic.twitter.com/sf4GjubHQf

“Congressman John Conyers, Jr. will forever be our Congressman in the city of Detroit. He was a civil rights icon, fighting for the people even before he stepped foot on the House floor. Conyers served as the Dean of the House of Representatives and was the first African American to chair the House Judiciary Committee. His more than 50 years of service brought forth the vision of reparations for African Americans, the centering of voting rights, a continued push for universal healthcare, the creation of the Congressional Black Caucus, and service that inspired many in the city of Detroit and across the country.

“Congressman John Conyers spent his entire life working for the people of Michigan. From serving in our armed forces, to leading the fight for civil rights and representing Detroit in Congress for more than 50 years, John was consistently at the forefront of the critical issues impacting families. Throughout his lifetime of service, he never lost sight of the people he represented. My thoughts are with his family and loved ones during this difficult time.”

“From being in Selma, Alabama, on Freedom Day during the Civil Rights Movement — to co-founding the Congressional Black Caucus, chairing the House Judiciary Committee and becoming Dean of the House of Representatives — Congressman Conyers dedicated his life to fighting for civil rights. While serving in Congress with him, I saw firsthand his dedication and passion for his beloved City of Detroit and the Congressional district he represented. Colleen and I send our sympathies to the Conyers family during this time.”

"John Conyers fought with vigor and empathy for people who were left out and left behind, but truly was fighting for civil rights and civil liberties for all of us. My deepest sympathy to the Conyers family who are so much a part of the fabric of Detroit. "

"John Conyers Jr. was a giant — representing Michigan, championing Detroit, advancing landmark civil rights legislation, and leaving an indelible mark on our state and our country. Reflecting on his life of service today, and sending condolences to his family and loved ones."

"John Conyers was a civil rights warrior and the longest serving African-American Congressman in history. He was a dedicated public servant who worked tirelessly to represent his district, his state, and his nation. "

Throughout his life, John Conyers helped to advance many important causes, including expanding voting rights and equal rights for all Americans. Jennifer and I extend our condolences to John's family during this difficult time.

“Congressman John Conyers was a lifelong Detroiter who was deeply committed to the city and to those he represented. His impact on our state, whether by spearheading reforms in criminal justice and voting rights in Congress or through his lifetime of civil rights activism, will not be forgotten. I extend my deepest condolences to Congressman Conyers’ family for their loss.”

John Conyers fought for our country on the fields of war, on the frontlines of the civil rights movement, and in the halls of Congress. From MLK Day to the Congressional Black Caucus, his contributions cannot be forgotten. My deepest condolences are with his family and community.

Tonight, we celebrate John Conyers. He was a champion for civil rights and understood long before it was popular that health care is a human right.

Thank you, John, for a life of extraordinary service. pic.twitter.com/w0fjwkIRpe

Sad to hear of the passing of former Congressman John Conyers. He worked with us on many civil rights cases as Chair of the House Judiciary Committee and helped lead the fight for the Martin Luther King Holiday. May he Rest in Peace and power. #RevAlThrowback #JohnConyers

"The Wayne State University community is saddened at the passing of former U.S. Rep. John Conyers, a civil rights icon and Wayne State University alumnus who died of natural causes on Sunday, Oct. 27, at his home in Detroit. Conyers represented and served the citizens of Detroit and this country for more than 50 years in Congress and was distinguished by a legacy of civil rights activism and unceasing advocacy for the poor and disenfranchised.

In 2014, Conyers became the first African American to hold the distinction of dean (most senior member) of the U.S. House of Representatives. Conyers was one of 13 founding members and the dean of the Congressional Black Caucus, which was established in 1969. Some of his major accomplishments include: The Violence Against Women Act of 1994, the National Voter Registration Act of 1993, the Martin Luther King Jr. Holiday Act of 1983 and many others. He also served in the National Guard and the U.S. Army Corps of Engineers during the Korean War.

Conyers spent his post-college days as a good friend and staunch supporter of Wayne State. The university and the city of Detroit owe a huge debt of gratitude to Conyers for his years of outstanding service and commitment to the poor. Our deepest sympathies are with his family during this difficult time.

Gifts in memory of Conyers can be directed to the John Conyers Jr. Endowed Scholarship in the Wayne State University Law School. The scholarship was established in 2013 as a tribute to Conyers’ 50 years of public service. This fund is intended to recognize scholastic achievement, encourage continued progress and assist students in financing their Law School education. For help making your gift online, please contact the Office of Gift Processing at 313-577-2263 or fundoffice@lists.wayne.edu."