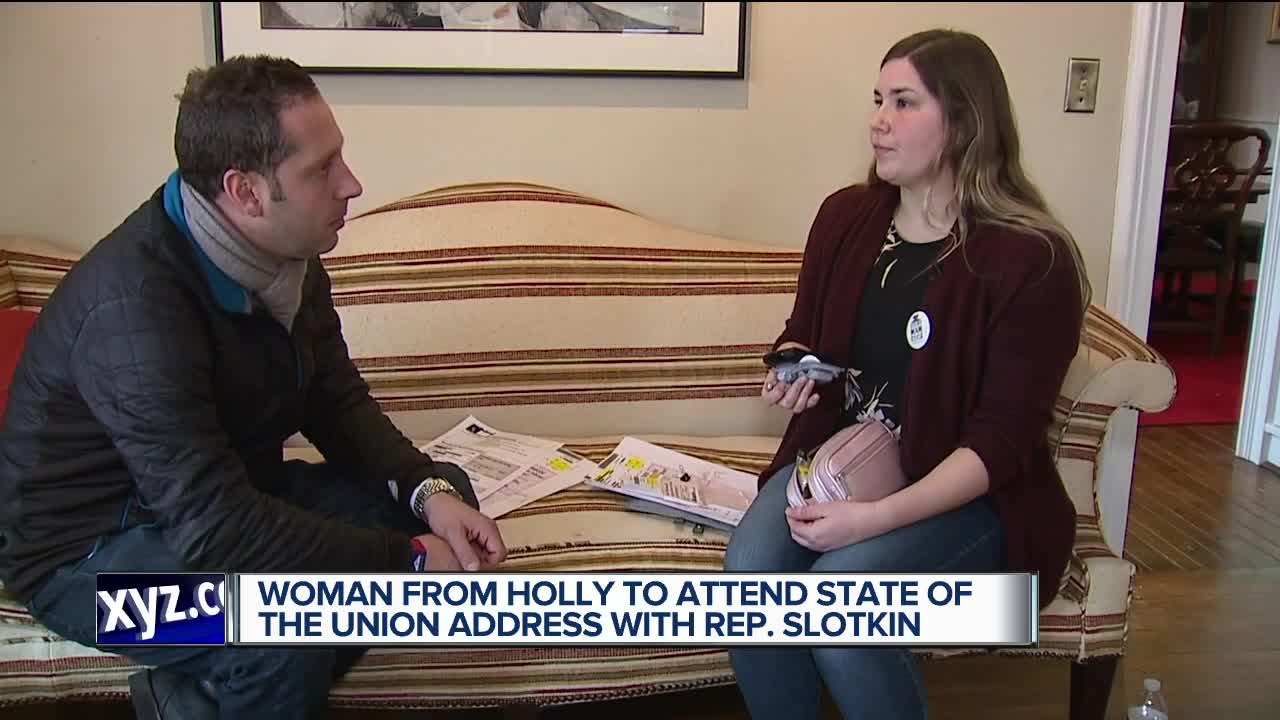 A woman from Holly will attend President Donald Trump's State of the Union address to bring attention to the rising cost of insulin.

(WXYZ) — From metro Detroit to Washington D.C., a local advocate for health care reform will join Rep. Elissa Slotkin at the State of the Union address on Tuesday.

As a type 1 diabetic with excellent health insurance, Stark, from Holly, said she still struggles to afford desperately needed insulin that's skyrocketed in costs over the past 20 years.

Recently, she reached out to Slotkin, who congresswoman, to share her story that includes paying a higher amount for medicine than for rent.

"I’m so privileged to have a job and insurance, I have to be able to just talk about the cost to anybody who is willing to listen," Stark added. "I had friends help me out. I’ve gotten insulin from Canada. I’ve had to use other resources."

"Sometimes you just read something that gets you," Slotkin said.

Slotkin told us that Stark's emotional plea had a profound impact on her. So much so that she immediately reached out, and even invited her to the State of the Union.

"Over 9% of the population has diabetes. So, it just feels to me that we need to be sounding the alarm bells. Bringing Sarah, is the closest version to bringing that alarm bell I could get," Slotkin said.

Slotkin added that legislation which passed in the U.S. House allows for negotiation to lower drug prices, but the Senate hasn't voted on it. With the president pledging to support some level of change, Slotkin remains optimistic and said she's focused on overcoming partisan politics.

"I want to bring those stories from the district to Washington, where you have people on both sides of the aisle who are actually able to pass laws to change the situation," Slotkin said.

The two will be meeting in D.C. on Tuesday where they'll meet with other members of Congress before the speech. She'll return home on Wednesday.