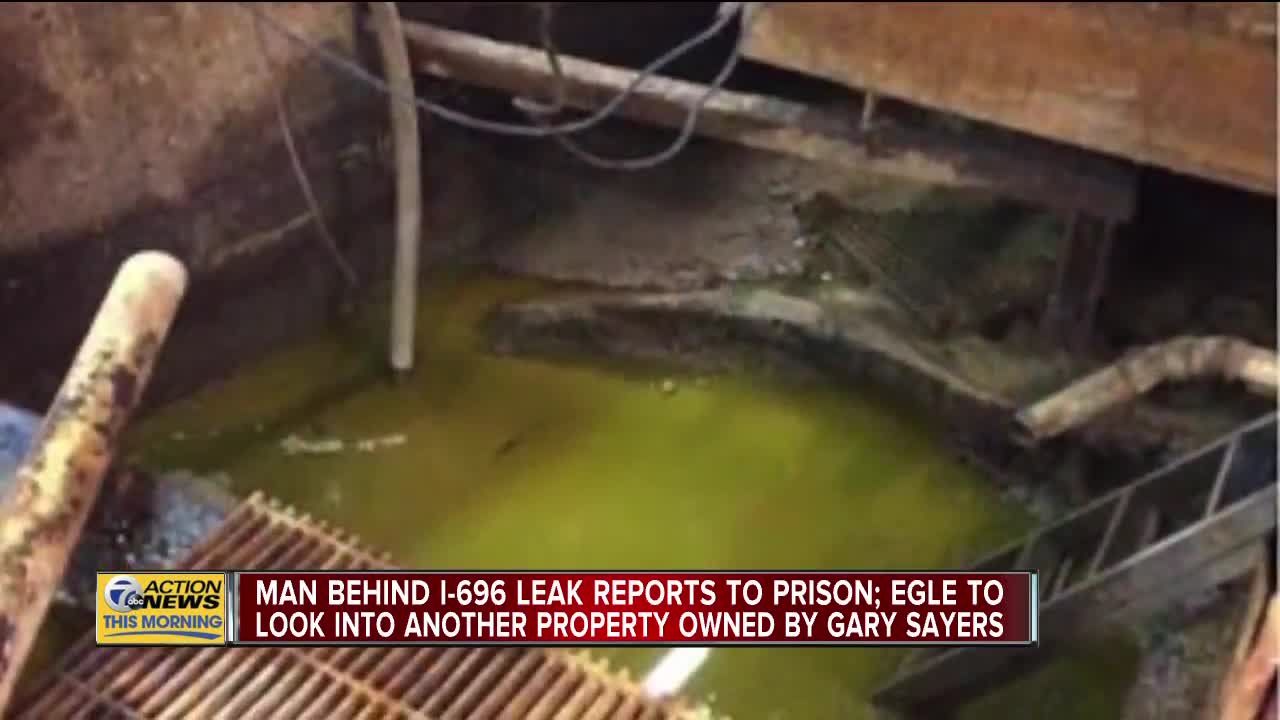 Man behind I-696 leak in Madison Heights reports to prison 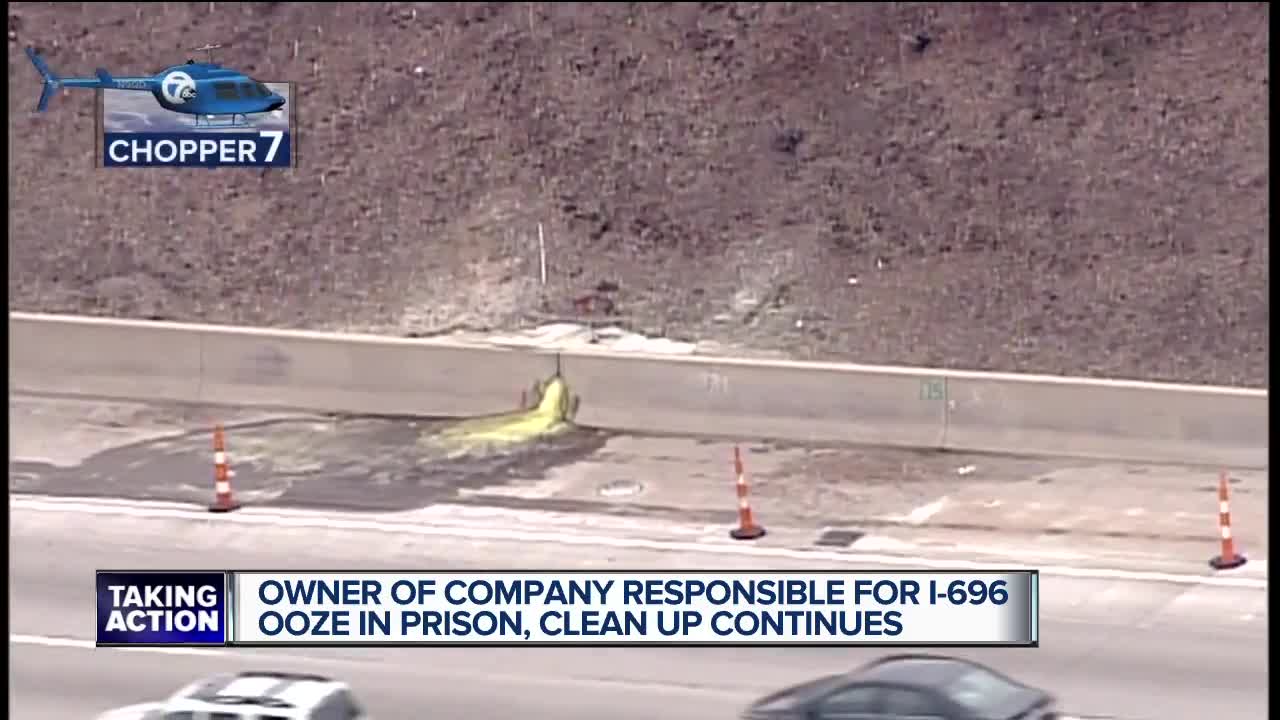 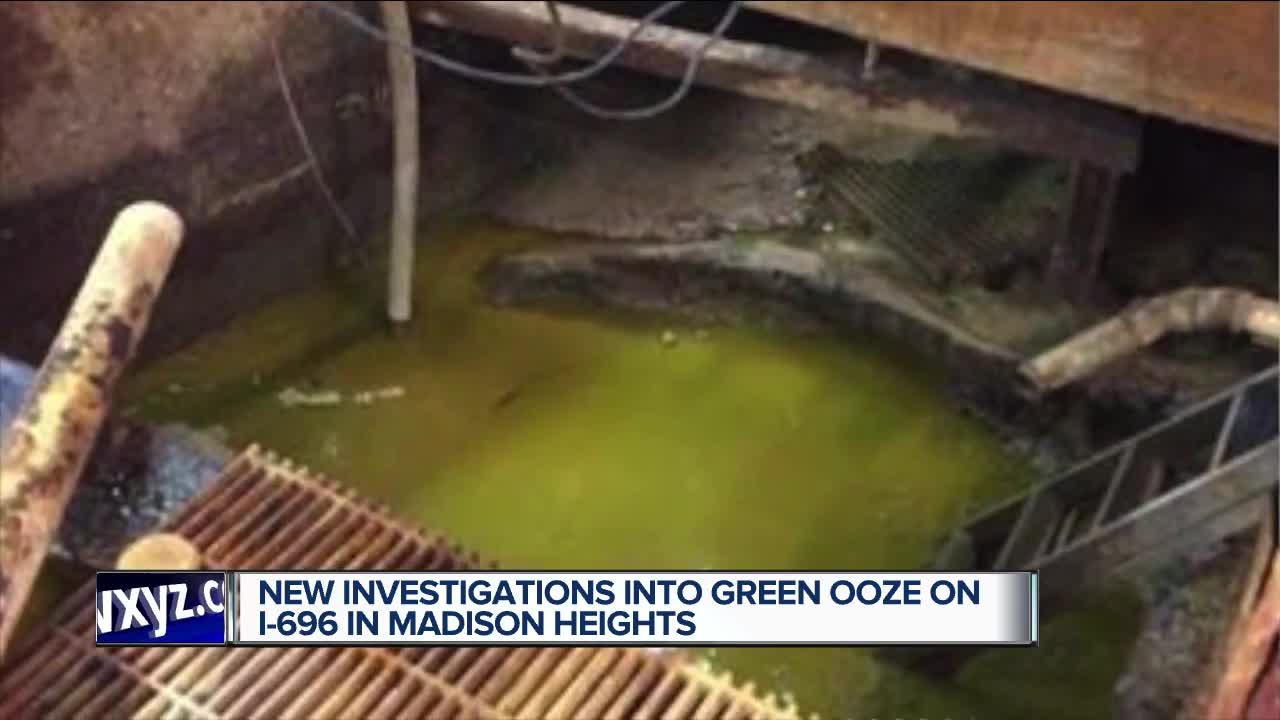 (WXYZ) — The man whose company is responsible for the leaking "green ooze" on I-696 in Madison Heights has reported to federal prison.

In November, he pleaded guilty to one count of illegally storing hazardous materials at Electro Plating Services on 10 Mile Rd.

Last month, the green ooze starting leaking out on the highway. Officials determined the ooze was hexavalent chromium.

"He stands before this Honorable Court contrite, humbled, and embarrassed to be a convicted felon. He feels the stigma of being labeled as such at this late age. He is proud of his country and now feels branded as a felon for the rest of his life and shamed with no hope of expungement," his attorney write in a sentencing memorandum filed in federal court.

"He is 77 years old and has lost his business which was the vehicle of his criminality. A term of incarceration is not necessary to protect the public here," his attorney added.

The Michigan Department of Environment, Great Lakes and Energy and the Environmental Protection Agency are conducting testing around the site.

Last week, 7 Action News tried to get in contact with Sayers at his home in Sanilac County.

As we walked up to the house we saw piles of debris everywhere, blocking our way to the front door. There are plastic and metal drums discarded. One of them had a label that read “trichloroethylene”.

Trichloroethylene is one of the hazardous chemicals that the Environmental Protection Agency said it found contaminating the man who owns the home’s Electro Plating Service Company in Madison Heights.

To read more about that company and the case against the owner, click here.

When 7 Action News knocked on the back door of the home, our crew could see what appeared to be compressed gas tanks inside. The home appeared abandoned.

“There’s not been anybody living there for a long time,” said Kurt Shubel, Marion Township Supervisor.

“He was kind of upset, said that all he has is building materials there,” said Shubel.

Sayers also said that he didn’t live there. He gave Shubel his home address in Petoskey. Sayers promised to get a pole barn built in the next year to store everything.

On the permit for the building of the pole barn, Shubel says he purposely wrote the pole barn was to be used to store non-hazardous materials. He didn’t know Sayers or his history, but he wanted to make that clear.

7 Action News doesn’t know if Sayers has taken action to build that pole barn. His attorney did not return our calls.

We do know Sayers is scheduled to turn himself in to serve a one year prison sentence as soon as this month.

The bigger question neighbors and the township supervisor have is what exactly is on the property?

To get a better look we flew Chopper 7 over the land. You see excavators that could move or bury materials. You can see corroded multiple metal drums left in a creek, with the potential to carry away anything that happened to leak out. You see drums similar to the ones investigators say he used to illegally store hazardous chemicals at Electro Plating Service.

“Certainly we don’t want chemicals and things that are toxic bleeding into the water system,” said Shubel.

Shubel says after learning more about Sayers from 7 Action News he called both the Sanilac County Health Department and the Michigan Department of Environment, Great Lakes and Energy.

“I have referred your information to our local EGLE District Office in Bay City for follow-up. Our office will assist EGLE with any immediate investigation once we have an opportunity to discuss. We appreciate your investigative efforts,” said Bryant Wilke of the Sanilac County Health Department to 7 Action News.

In the meantime the Sanilac County Office of Emergency Management tells 7 Action News it went out to the site on Thursday as well in response to a concerned citizen's call earlier in the week. It inspected the property from the road to avoid trespassing, then reached out to EGLE as well.

“We are going to be out there next week to take a look at the property,” said Jill Greenberg, Public Information Officer Michigan EGLE.

Greenberg says inspectors did look at the property back in 2017 while investigating Sayers. At the time they did not find anything environmentally dangerous. They want to ensure that nothing dangerous is there now.

Neighbors have reported continued dumping of “stuff” there. 7 Action News will let you know what happens as the investigation progresses.