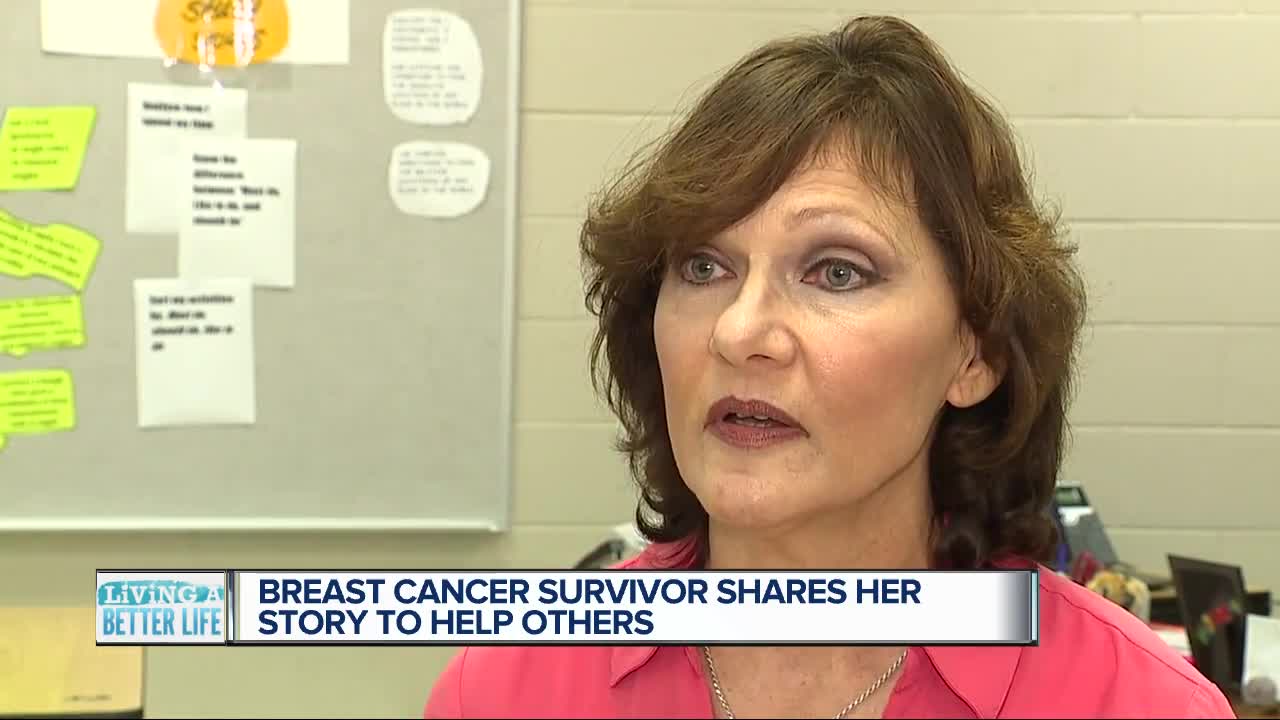 October is Breast Cancer Awareness Month, a time where many try to help with prevention efforts and raising funds to find a cure. 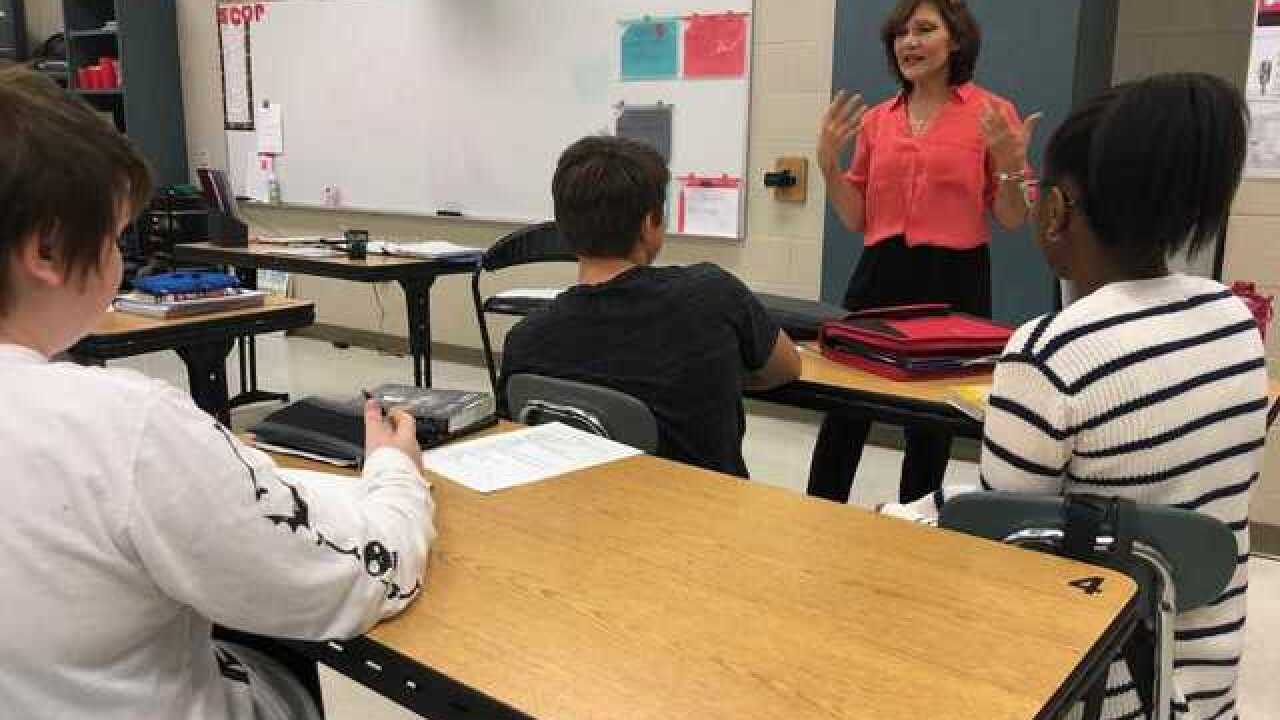 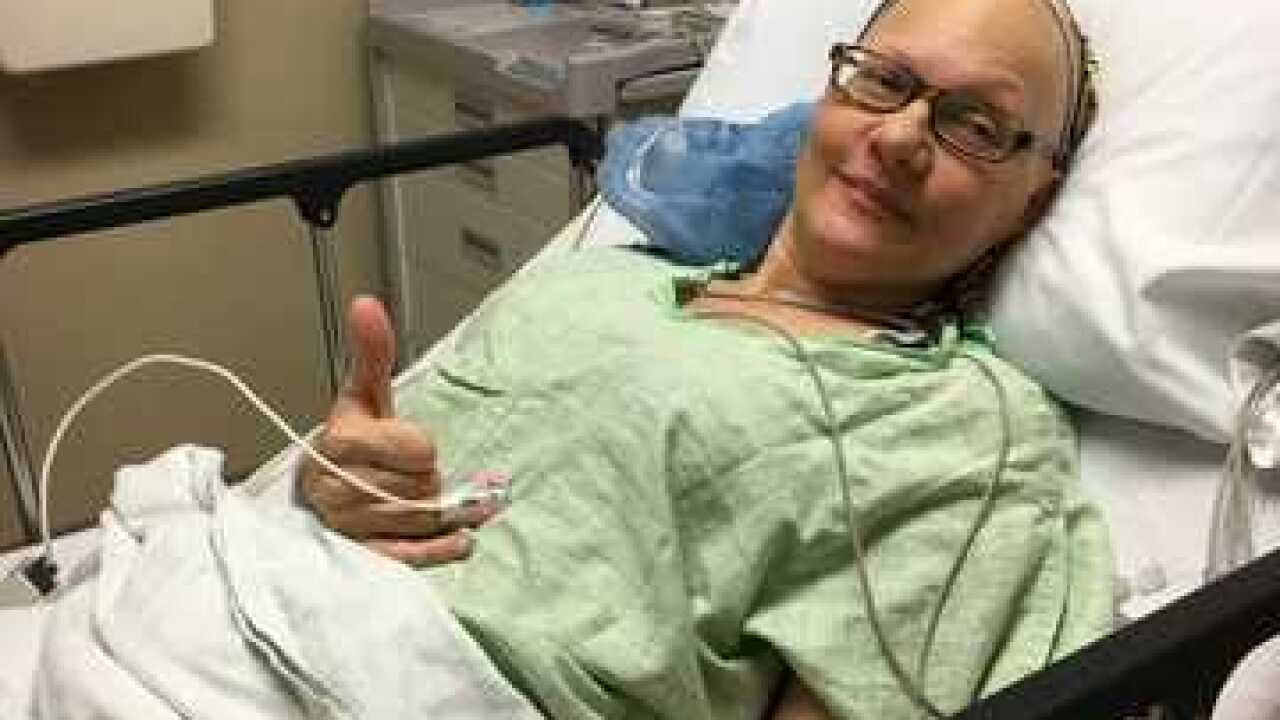 October is breast cancer awareness month – a time where many try to help with prevention efforts and raising funds to find a cure.  One woman in Canton is joining the effort by sharing her courageous and unique story in our Living a Better Life series.

LOOK AT THE SCIENCE

Teaching kids problem-solving skills is a passion for Lynn Walkuski – a math, science and social studies teacher at Discovery Middle School in Canton.

She put those skills to work in a way she never imagined in March of 2016.

"I left the gym, and I noticed there was a pulling under my right arm,” recalled Walkuski.

When it didn’t go away in a week, the mother of two went to see her primary care doctor.

Her doctor recommended she check on the area during her next mammogram -- which wasn’t until August.

The mammogram spotted something, but it was inconclusive.

Walkuski said the doctor did conduct a manual exam of her breast and arm but didn’t feel anything.

So, she underwent a 3-D mammogram, then an ultrasound, and then a biopsy.

"When they did the biopsy, they called me the next day and said, ‘Hey, you tested positive for breast cancer.' Imagine my surprise,” she said.

That was August 31, 2016 – about five months after she first felt something wrong.

It was devastating news.

MORE THAN ONE OPINION

The first expert diagnosed her with Stage 1 breast cancer and scheduled a lumpectomy in two months.

But Walkuski wanted to get three more opinions.

"I'm a science teacher. What do [scientists] tell you? They do three trials right?” she smiled.

"Although she presented with an early stage cancer, it was an aggressive tumor, she was a young age, she had a very significant family history that fell through her father's side. For those reasons we were highly suspicious that she was likely a mutation carrier,” explained Dr. Bensenhaver.

Being a mutation carrier would mean Walkuski might have the BRCA 1 or BRCA 2 gene -- indicating she has a much higher-than-average risk of developing breast cancer.

So, even though the genetic testing had not even come back yet, Dr. Bensenhaver recommended a double mastectomy.

Walkuski took her recommendation without hesitation.

“It felt right. It felt peaceful. She explained why she made that choice,” said Walkuski.

Within three days, Walkuski had the double mastectomy, followed by four months of chemotherapy, surgery to remove her ovaries, and then reconstruction.

In the middle of it all, the genetic test came back.

Sure enough…she was positive with the BRCA 1 gene!

I asked her what would she tell people who would have taken the first opinion. Her answer was two-fold.

"Keep going until something makes sense to you and feels right at a gut level,” said Walkuski.

She hopes others will be a self-advocate and listen to their bodies to help catch cancer early.

Lynn Walkuski recommends you surround yourself with positivity, eat healthy foods, and exercise often because doctors told her that her vegetarian diet and active lifestyle likely slowed the tumor’s growth in her body.

Dr. Bensenhaver recommends women get a mammogram every year starting at age 40.

But she added that if you’re a mutation carrier with the BRCA 1 or 2 gene, you should start mammograms before the age of 40.

Just ask your doctor if genetic testing is right for you.