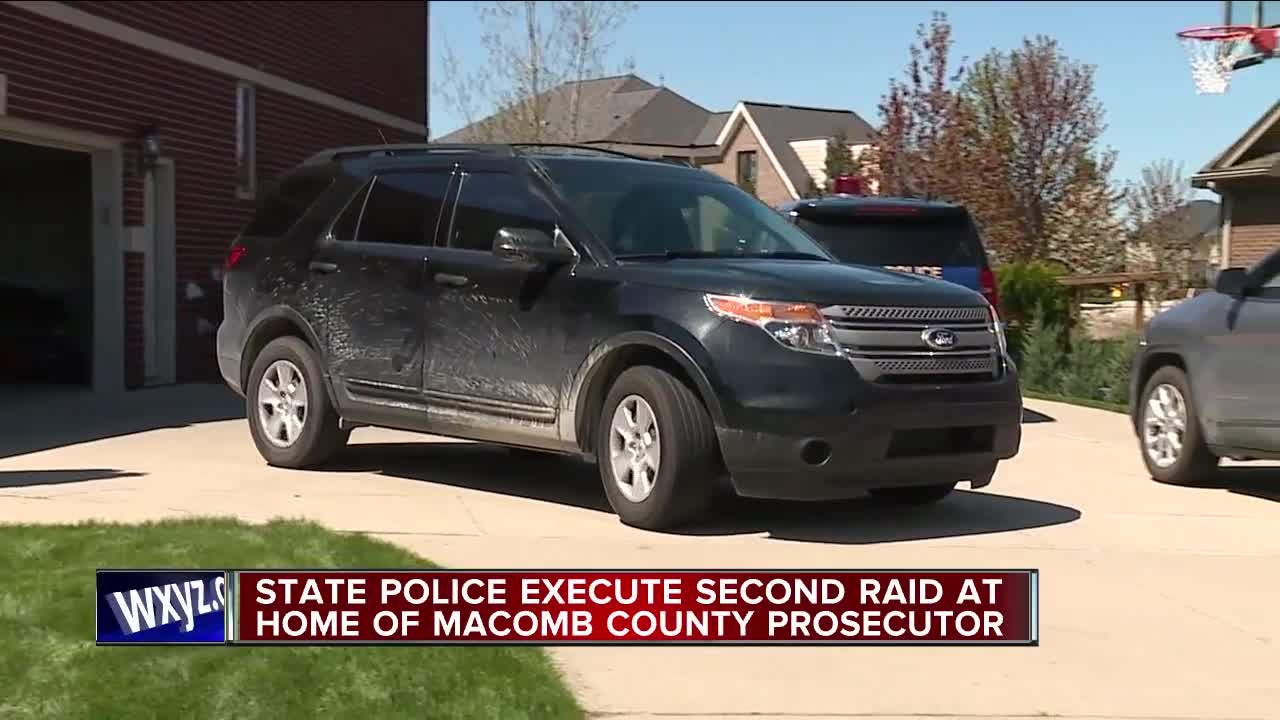 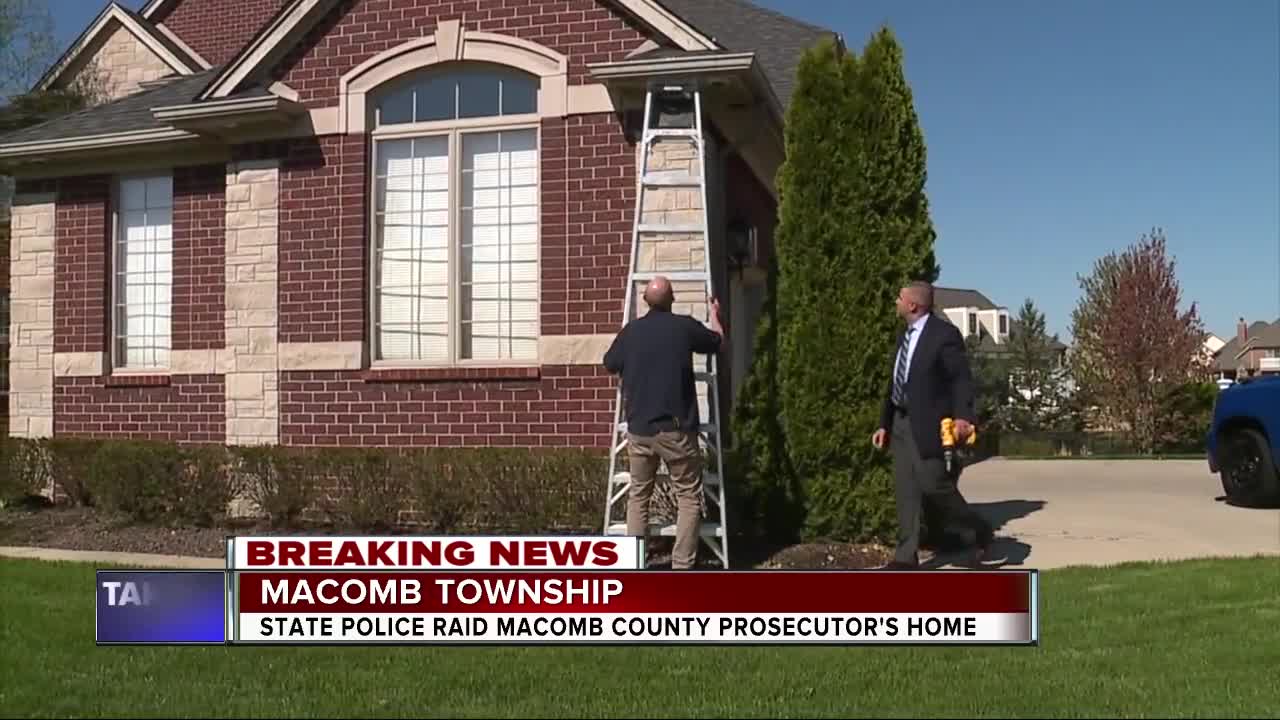 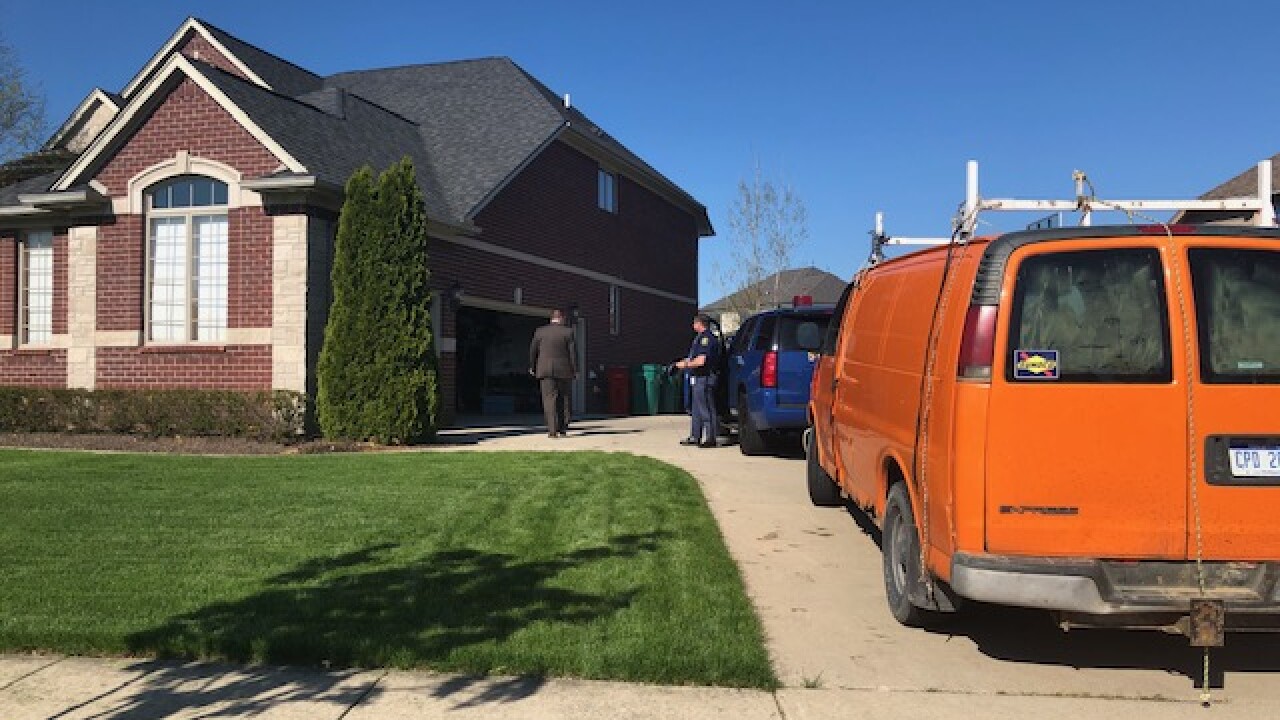 7 Investigator Jim Kiertnzer was on the scene and said agents removed surveillance cameras from Smith's home.

The raid is in connection to state police's investigation into the office's use of forfeiture funds. State police confirmed to 7 Action News last month that they were launching the investigation.

"This morning, as you know, members of the Michigan State Police appeared at my home as part of their investigation into the Macomb County Prosecutor's Forfeiture Fund," Smith said in a statement. "My family and I complied with their requests and cooperated fully, as I have promised to do from the beginning of this process. I will continue to cooperate fully and supply the State Police with any information they need to conclude their investigation."

"The investigation is unfolding and ongoing, and it led them here. They drafted a search warrant, a judge signed it to further the investigation into his usage of the Macomb County forfeiture fund," is all Michigan State police would tell us.

Breaking News ⁦@MichStatePolice⁩ removing the surveillance cameras from Macomb County Prosecutor Eric Smith’s house in a raid. Help needed for perspective. Any law enforcement who can tell me why? ⁦@wxyzdetroit⁩ pic.twitter.com/LDaIIk7YwL

MSP won’t discuss their ongoing investigation and Smith won’t release documents showing what MSP took in their raid in public records requests, including from 7 Action News.

MSP and the FBI are investigating four off-book bank accounts held by the prosecutor with almost $2 million, asking where did all the money go?

So far, county commissioners have said no to Smith’s request for outside attorneys.

Smith held a news conference Monday to talk about animal abuse, and refused to answer questions about these ongoing issues.

On April 17, the day of the raid, Smith said, “I recognize this doesn’t look great. I don’t want to appear that I’m interfering in any way because we have nothing to hide in this.”

Attorney Frank Cusumano is among those wanting the prosecutor’s documents.

He tells 7 Action News, “I don’t think that’s consistent with an objective reality of what he has done. He’s not producing any records. It’s cloudy in Macomb County today and cold, but hopefully the sun will shine again.”

Cusumano had sued to get all of the records, but backed off when the criminal investigations started.