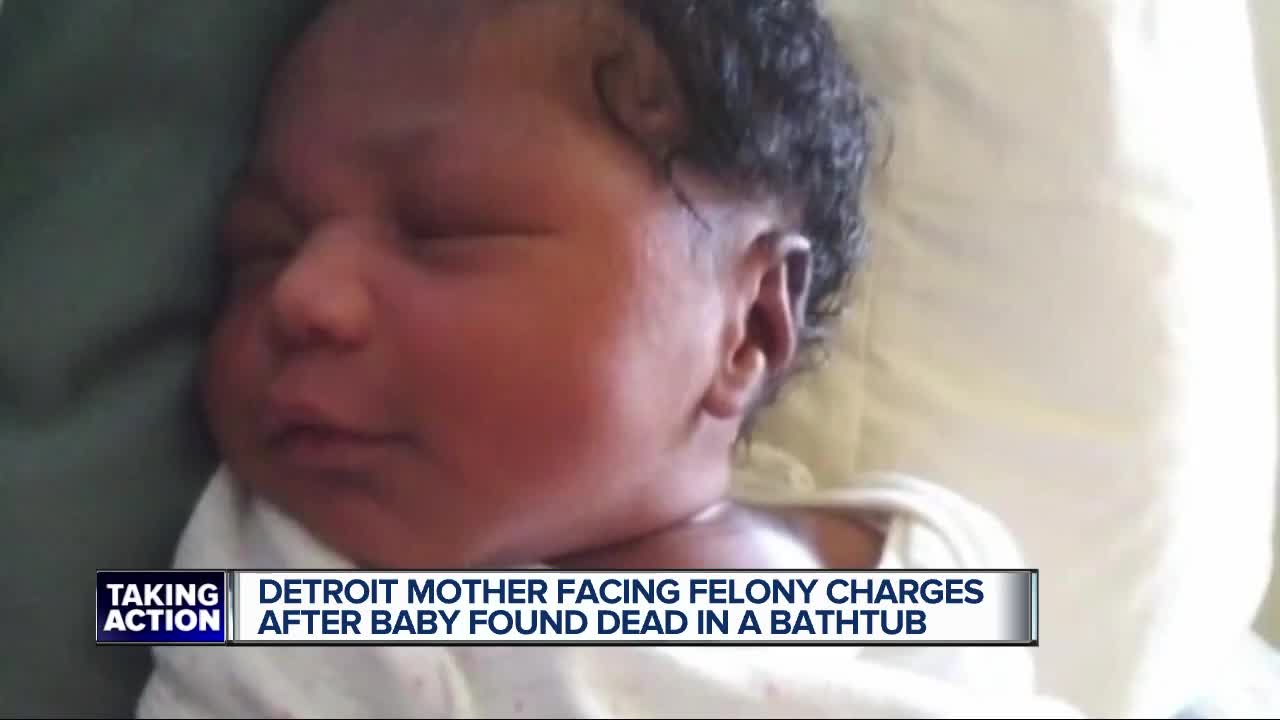 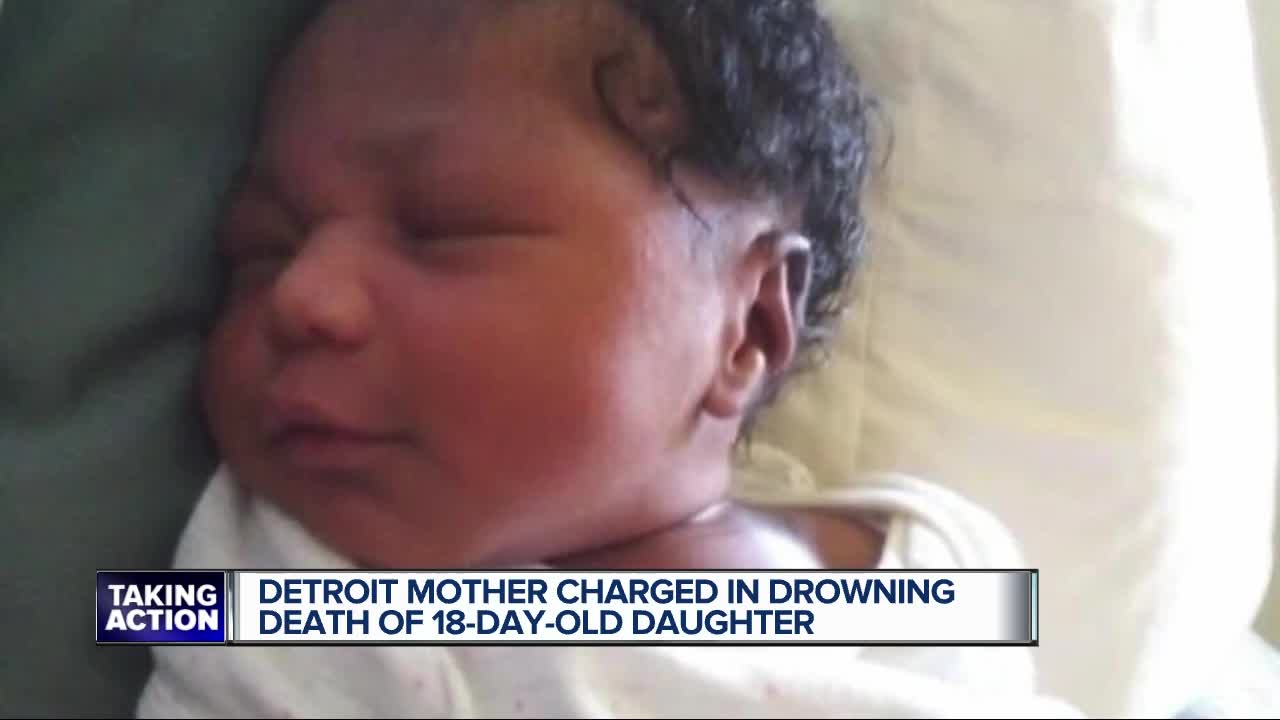 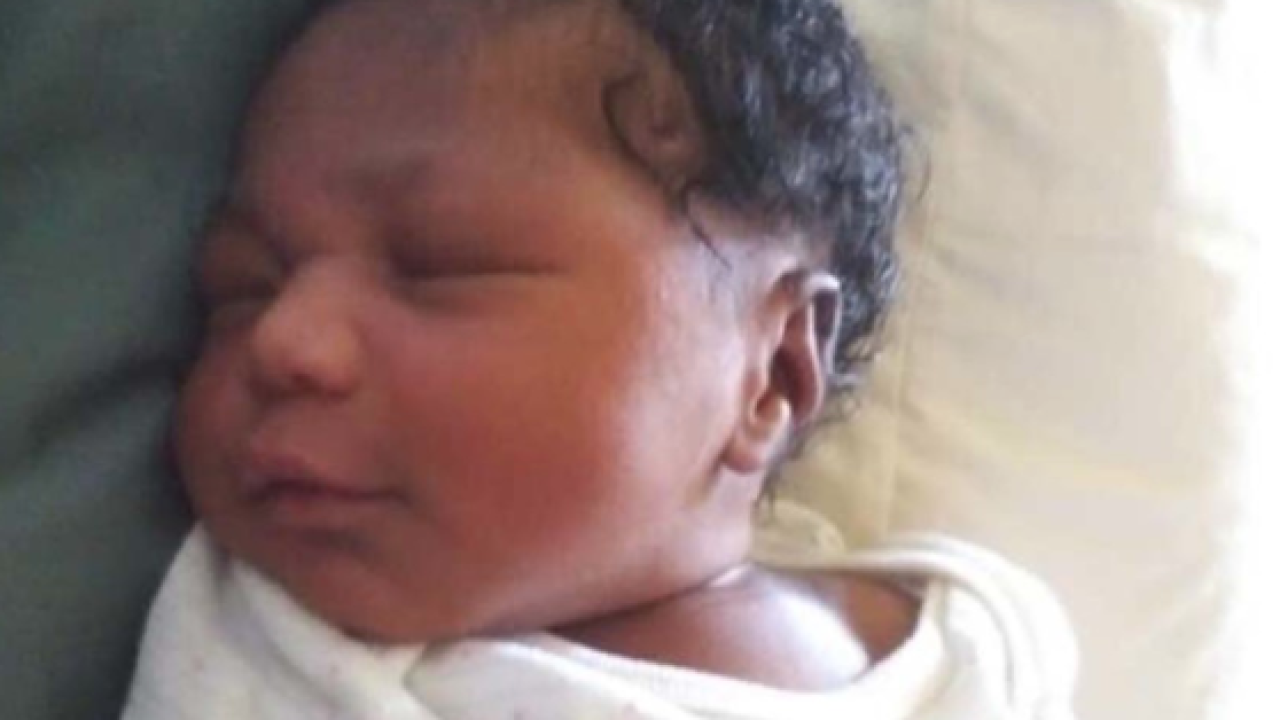 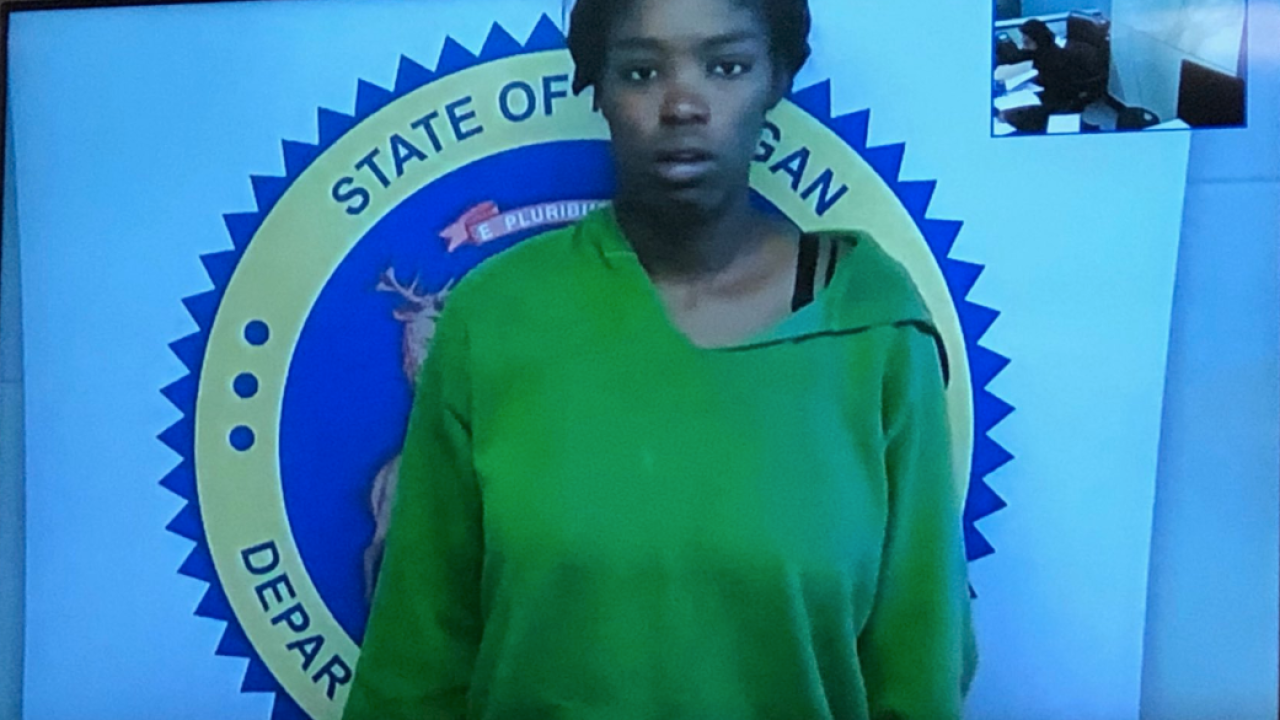 DETROIT (WXYZ) — A Detroit mother has been charged in connection with the death of her 18-day-old infant.

On Aug. 26 at 5 a.m., prosecutors say 22-year-old Jaila Thomas was allegedly drinking alone in her apartment in the 19630 block of Schoenherr when she discovered her infant, Lauren Williams, unresponsive, floating face down in the bathtub.

Medics were called and pronounced the infant deceased. Investigation led to the arrest and charging of Thomas in the homicide of her daughter. Lauren died from drowning in the bathtub.

Thomas has been charged with Involuntary Manslaughter and Child Abuse - Second Degree.

“The alleged facts in this case are appalling," Wayne County Prosecutor Kym Worthy said in a release. "This baby was only in this world for eighteen days. Do I really have to say this? Don’t attempt to care for any infant when you are intoxicated. This shouldn’t happen if a person is “a little” intoxicated. Please don’t do it.”

BREAKING: 22 year old Jaila Thomas appears in court, to be arraigned on charges in connection with the death of her 18 day old infant daughter. Thomas showed no emotion, after prosecutors say she was drunk, when her child drowned in the bathtub. ⁦@wxyzdetroit⁩ #12PM pic.twitter.com/vRyMjLnHqp