MSP troopers blow through stop sign, arrest driver that ran into them 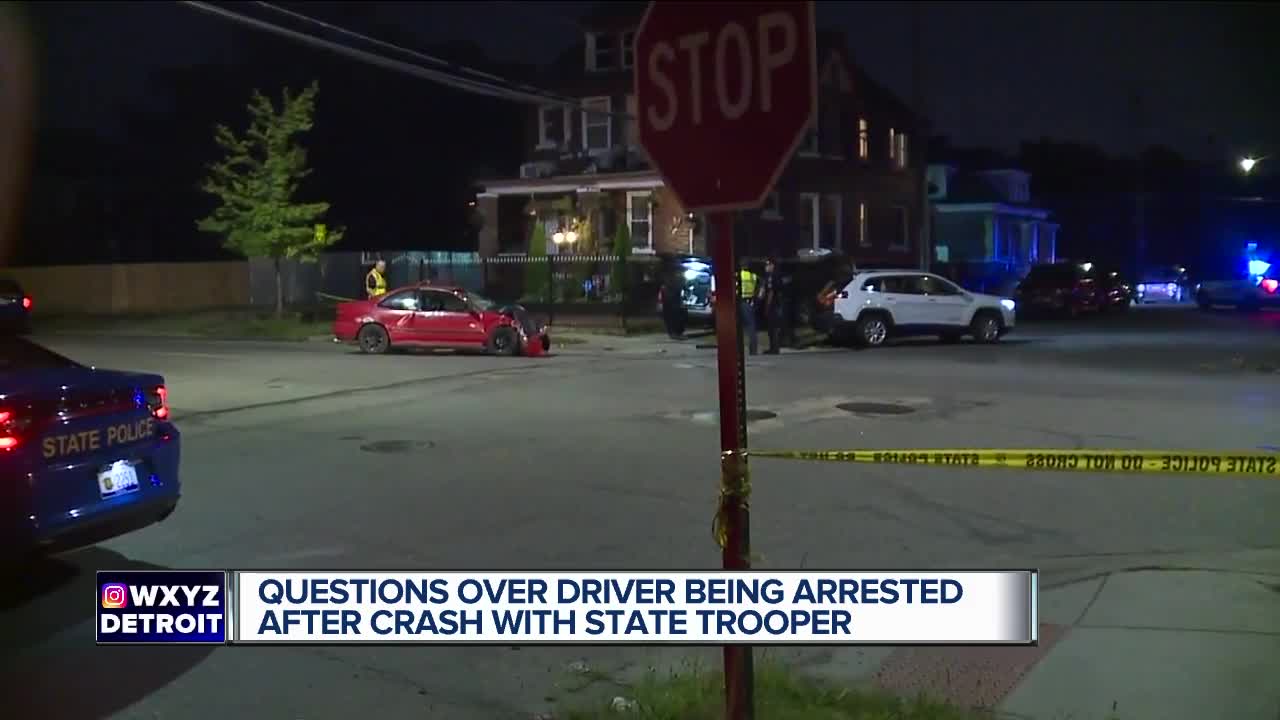 Not even 30 seconds after a crash involving undercover Michigan State Police troopers and a civilian, the troopers ordered that civilian to the ground, threatening him with a taser and handcuffing him.

DETROIT (WXYZ) — Not even 30 seconds after a crash involving undercover Michigan State Police troopers and a civilian, the troopers ordered that civilian to the ground, threatening him with a taser and handcuffing him, according to his family.

"They were treating him like he was an illegal," said Maria Martinez. It was her 27-year-old son who was driving on Livernois around 9:15 pm Wednesday when the trooper driving the unmarked gray Jeep ran the stop sign on Cadet.

Carlos Martinez's red Honda crashed into the Jeep, causing the Jeep to spin 360 degrees before stopping next to a house where a surveillance camera captured all of it.

The undercover trooper, who was driving, got out of his crashed SUV, walked over to Martinez, who was slowly getting out of his car, and the trooper ordered Martinez to the ground. The trooper's partner then handcuffed him.

It's unclear why the troopers handcuffed Martinez. His relatives told 7 Action News that the troopers did not even ask him if he was injured before ordering him to the ground.

"My son wasn't sure if it was a (taser) or a gun, so he was scared," Martinez said, who also told 7 Action News that troopers were rude and even tried to steer them away from the scene of the crash when they went to check on their son. She said some troopers at the scene tried to make her believe that her son was involved in a crash at a different location.

While Martinez had the right of way, a spokesperson for MSP said they are looking at the black box from Martinez's car to find out if he was speeding and figure out who is at fault.

Martinez and the trooper who was driving were injured and were later taken to nearby hospitals for treatment.

MSP is handling the investigation.