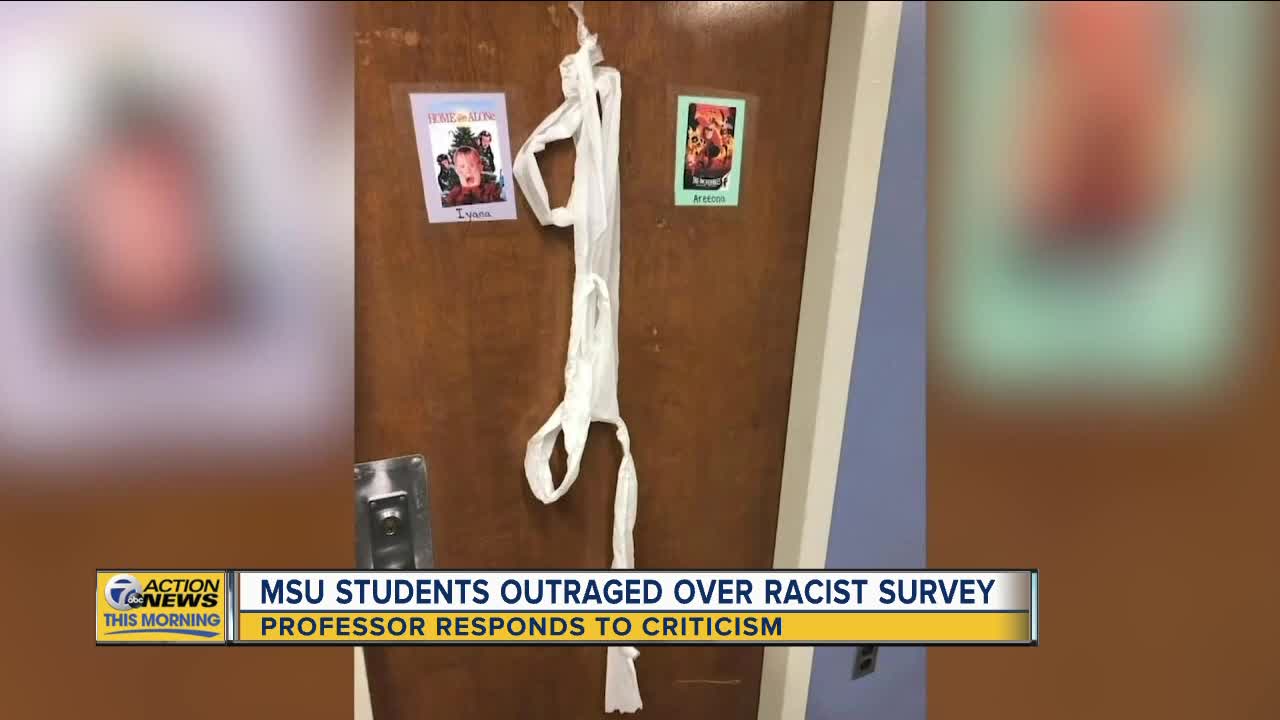 Professor responds to criticisim over racist survey given to MSU students 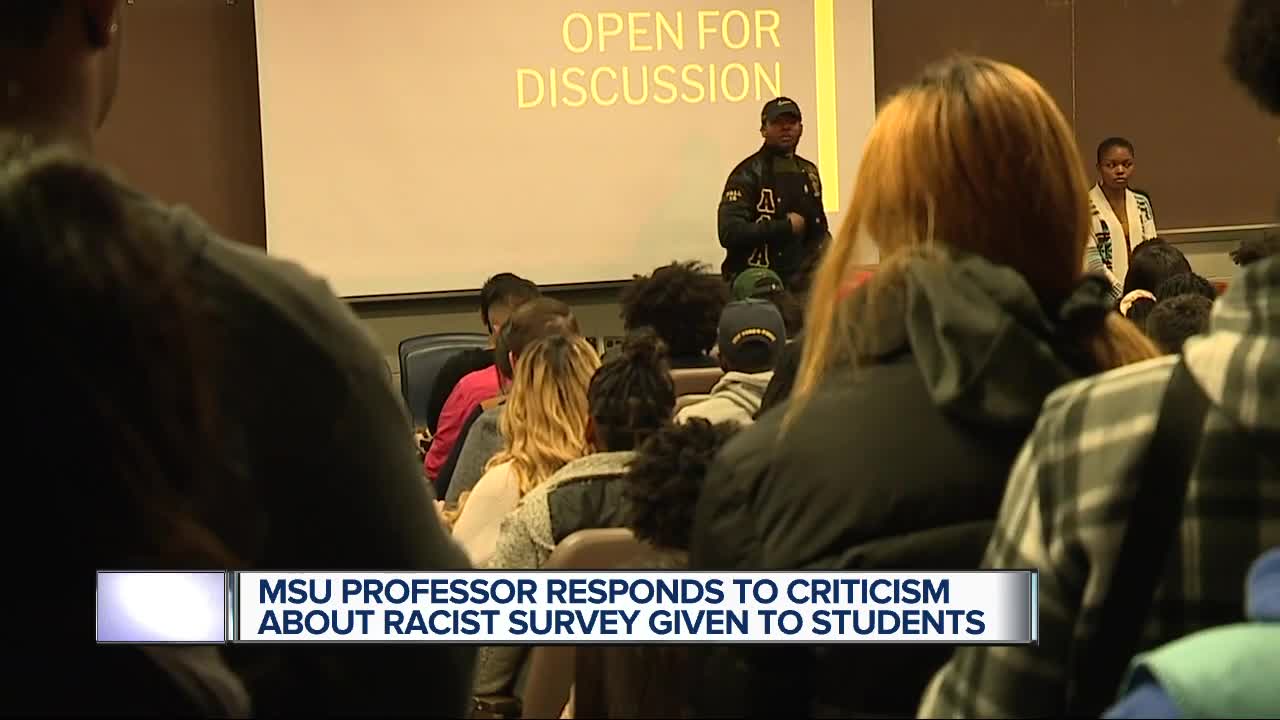 There was a full house at a forum for discussion on racial bias, and recent racist incidents. Student now are rallying to push for awareness and a plea for a voice.

"We're not being heard," one student said. "We've been saying the same thing for years."

Some of the controversy stems from a survey on an MSU website that included racist and offensive statements targeting black people, the LGBTQ community, Muslims and Asians.

MSU Associate Professor Dr. Saleem Alhabash said the survey was part of a research project and the questions were taken directly from social media. He says the intent was not to offend the student body, especially minority students.

"There was no ill intentions in anyway shape form... we do realize the impact ... and we deeply apologize," Allabash said.

Racial tensions are at a boiling point after a black student found a noose hung on the handle of a dorm room door.

The university says students admitted "it was part of a Halloween prank, and not meant to offend anyone or denote any racial bias or resemble a noose."

However, some of the student leaders say the university has a system racism issue.

MSU President Samuel L. Stanley Jr. M.D., said he is concerned because a safe inclusive and respectful campus is his top priority. The BSA says they have a meeting scheduled with him Wednesday.