First coins, now aluminum cans? Why some beer may be hard to find 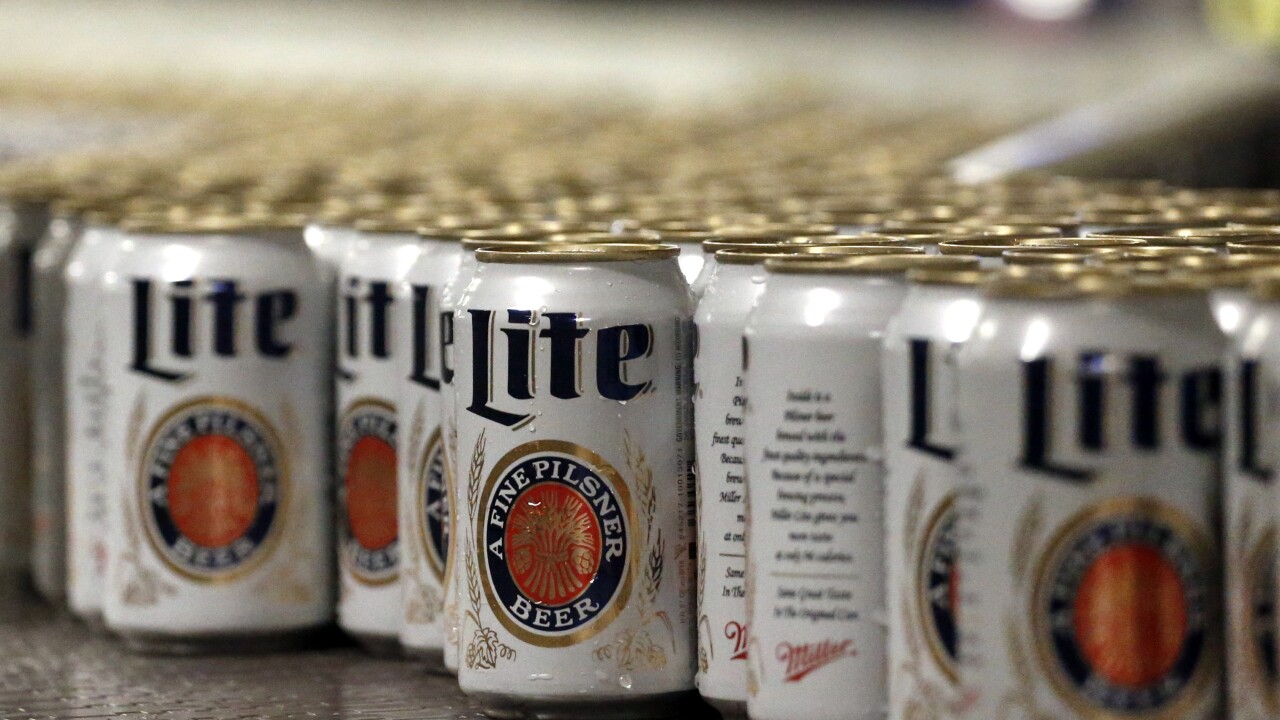 Copyright 2019 The Associated Press. All rights reserved.
Brennan Linsley/AP
FILE - In this March 11, 2015 file photo, newly-filled and sealed cans of Miller Lite beer move along on a conveyor belt, at the MillerCoors Brewery, in Golden, Colo. A Wisconsin judge on Friday, May 24, 2019, ordered Anheuser-Busch to stop suggesting in advertising that MillerCoors' light beers contain corn syrup, wading into a fight between two beer giants that are losing market share to small independent brewers. (AP Photo/Brennan Linsley, File)

First toilet paper, then coins, and now aluminum cans and the beverages that come inside could disappear from store shelves.

Some in the beer industry say they are being impacted by a shortage of aluminum cans. Molson Coors, Brooklyn Brewery and others are reportedly cutting back on the different types of beer they produce, focusing on their most popular drinks, because of the shortage according to CNN.

​​"Everyone who makes anything that goes into a 12-ounce can is being challenged to some respect," Adam Collins, Molson Coors' spokesperson, told CNN Business.

As with the national shortage of coins, the lack of aluminum cans is because of American’s changing habits during the pandemic. More beer, spritzers, seltzers and other drinks in aluminum cans are being sold in stores for home consumption, instead of kegs and larger containers destined for bars and restaurants.

"The can industry is working 24/7 on meeting the unprecedented demand," Robert Budway, president of the Can Manufacturers Institute, the industry's trade association, told USA Today.

Another factor, according to CNN, is the sharp rise in popularity of White Claw and other hard seltzers. The trend has added more aluminum cans to store shelves.