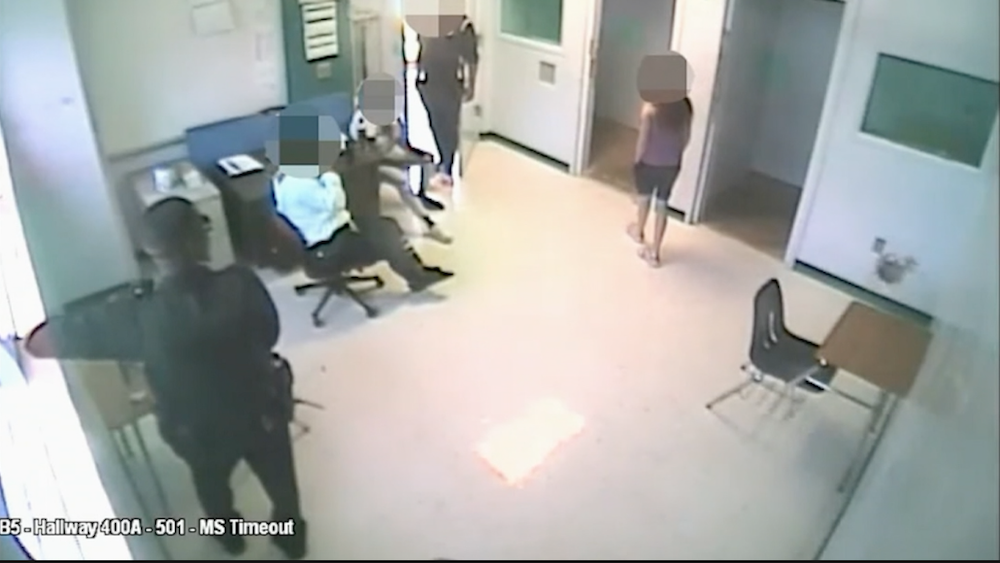 A sheriff's deputy in Broward County, Florida has been arrested and charged with child abuse after video shows him body slamming a student. 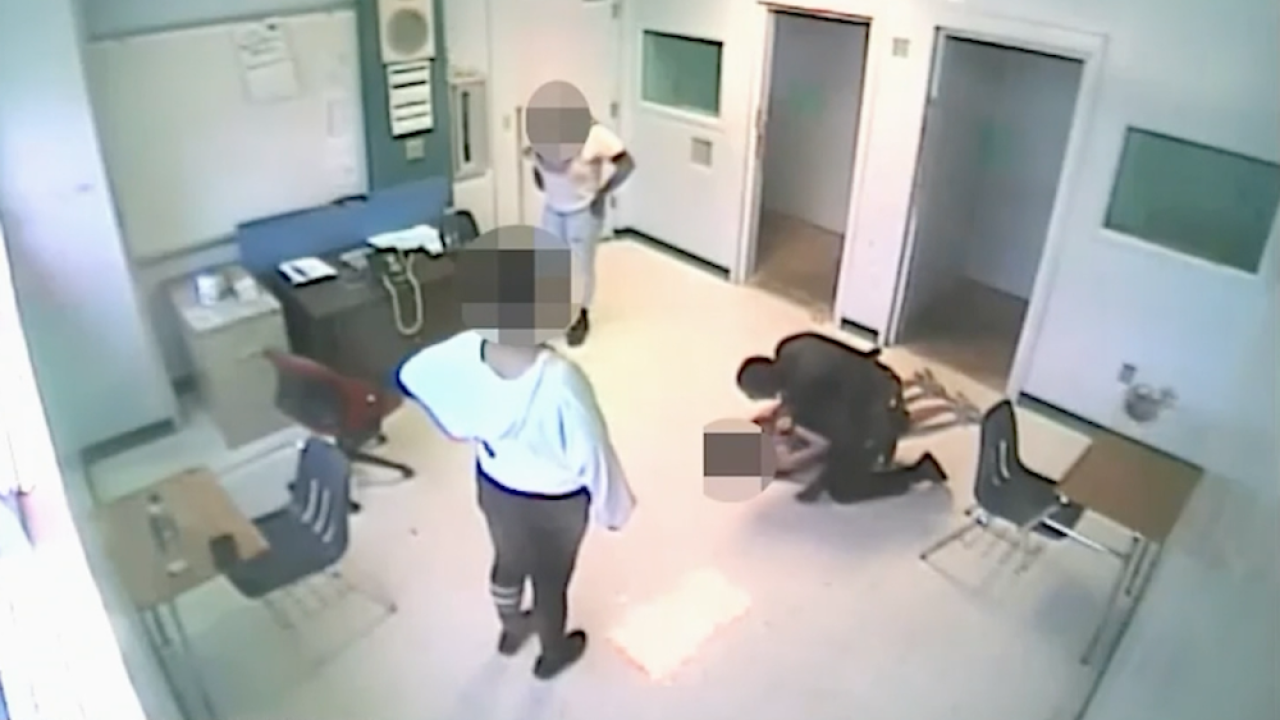 A Florida sheriff's deputy who worked at a school for children with emotional and behavioral problems is facing a felony charge after video shows him slamming a female student to the ground after she tapped his knee with her foot.

School security video shows Miller standing and texting inside an office at Cross Creek School when the 15-year-old walks behind him and uses her left foot to push the back of his right knee, causing it to buckle. She walks away.

In the silent video, Miller can be seen speaking to the girl for just over a minute from about 10 feet (3 meters) away while two women watch.

He then suddenly walks toward the girl, grabs her throat and throws her to the ground.

He flips her onto her stomach, puts a knee against her back and pulls her arms behind her.

He then forcibly lifts her up using her pinned arms and throws her out of the room, where an investigator's report says she slammed against a wall.

Tony would not say what Miller and the girl said to each other after the knee tap, but he said nothing the girl said or did justified the 38-year-old deputy's actions. Miller is black and the girl appears to be white or Hispanic.

It was at least the fifth time this year that a Broward deputy has been accused of excessive force.

Two deputies are awaiting trial on misdemeanor charges after a teen was beaten and pepper-sprayed outside a McDonald's last spring.

Last week, Tony fired a deputy who has been charged with slugging a suspect who was handcuffed to a hospital bed. A jail deputy was fired earlier this year for punching a handcuffed prisoner.

Tony replaced former Sheriff Scott Israel earlier this year after Israel was suspended by Gov. Ron DeSantis, who accused Israel of bungling the response to the 2018 shooting at Marjory Stoneman Douglas High School that left 17 dead.

The Florida Senate last month upheld Israel's removal, overriding the recommendation of its investigator who said Israel's conduct had not warranted suspension.

The Broward school district said in a statement that district investigators notified the sheriff's office after learning of the altercation and "we appreciate the quick actions of the Sheriff's Office."

The district said it is conducting its own investigation to ensure its policies and procedures were followed.

It couldn't be determined if Miller has an attorney and he does not have a listed phone number. Tony said Miller had no previous disciplinary record during his three years of employment.

The Broward deputies union did not immediately return a call seeking comment.