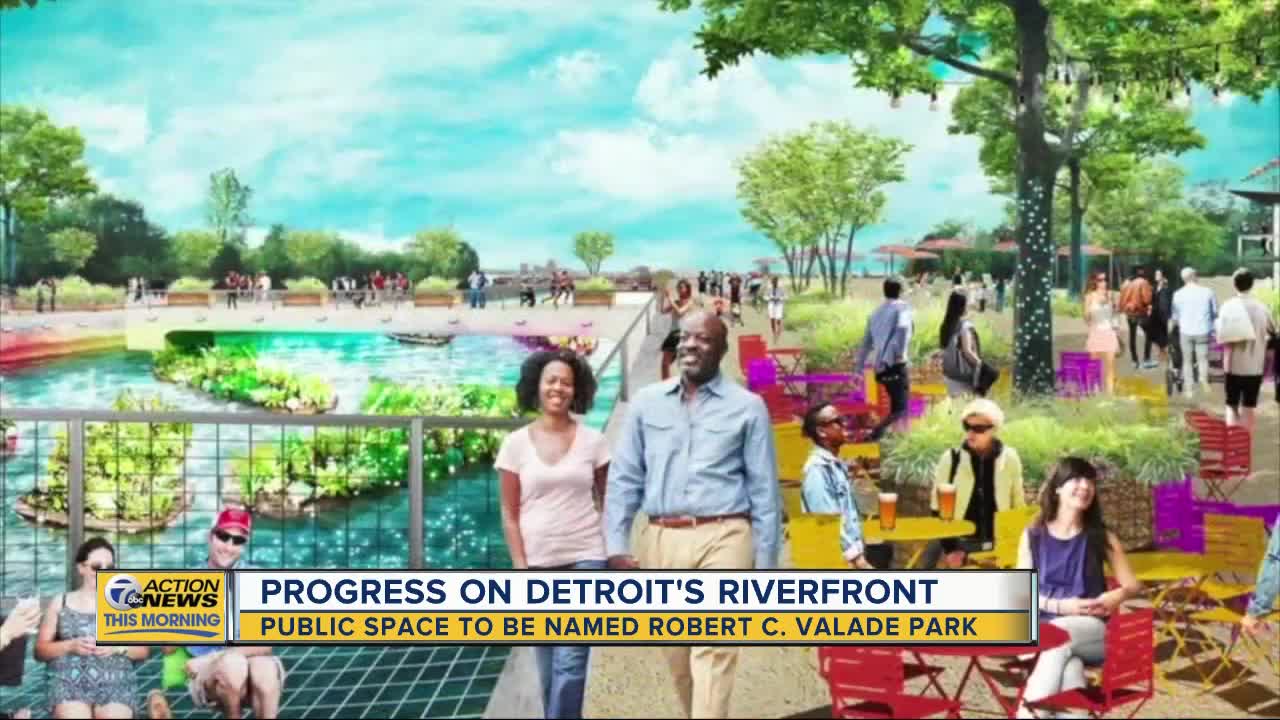 DETROIT (WXYZ) — The soon-to-open beach along Detroit's riverfront now has a new name.

The park, formerly known as Atwater Beach, will be called Robert C. Valade Park when it opens this fall.

Amenities at the park will include:

The park will also have Detroit’s only floating bar. Named in honor of Robert C. Valade, “Bob’s Barge” will span two boat slips in the Detroit River. The barge will be 120-feet-long and feature multiple unique seating areas and planters made of recycled truck tailgates from Detroit automakers.

“Every kid loves a day at the beach and this park will provide that experience for the children of Detroit,” said Mark Wallace, president and CEO of the Detroit Riverfront Conservancy. “It will also connect two great parts of the RiverWalk, allowing families to enjoy a series of parks that are about a 10-minute walk from each other. Based on the response from the community, we expect that Robert C. Valade Park will be a very popular place to visit.”

It is one in a series of family-oriented parks along the east riverfront.

The Molly and Mark Valade Family Fund made the naming gift to honor Mark's father, who is a Detroit native and former Chairman and CEO of Carhartt.

“My dad loved the city of Detroit and I know he would be proud to have his name associated with a part of this cultural and recreational development on the Detroit River,” said Mark Valade. “He loved being outdoors on the riverfront and participated in numerous activities – from sailing to power boating to ice skating – and we hope that families across metro-Detroit and throughout Michigan get to create as many special memories out here as my father did.”

A grand opening of the park will be held this fall.