No charges for man who demolished Detroit lawmaker's house 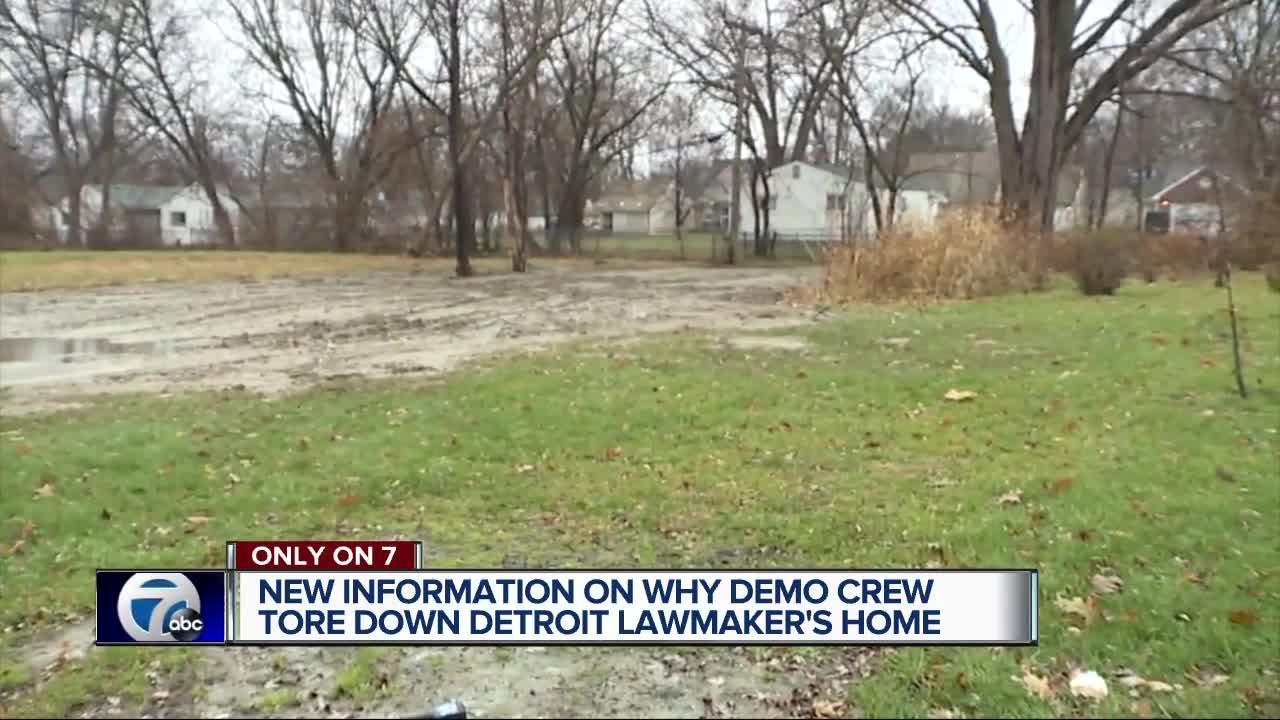 New information has come to light about why a demolition crew tore down a Detroit lawmakers home.

According to the prosecutor's office, the 66-year-old suspect admitted that he mistakenly demolished the house.

The prosecutor's office said that it appears he demolished the house due to a misunderstanding regarding whether he was being asked to give a quote or had gotten clearance to demolish the house.

"The suspect readily admits that he 'jumped the gun,' and demolished the house without final confirmation that his bid was accepted. Nothing suggests anything other than negligence on the suspect’s part," the prosecutor's office said.

Gay-Dagnogo purchased the home at 14560 Minock on July 25, 2018 and she learned in September 2019 it had been demolished. The suspect was identified and admitted to demolishing it on Oct. 3.