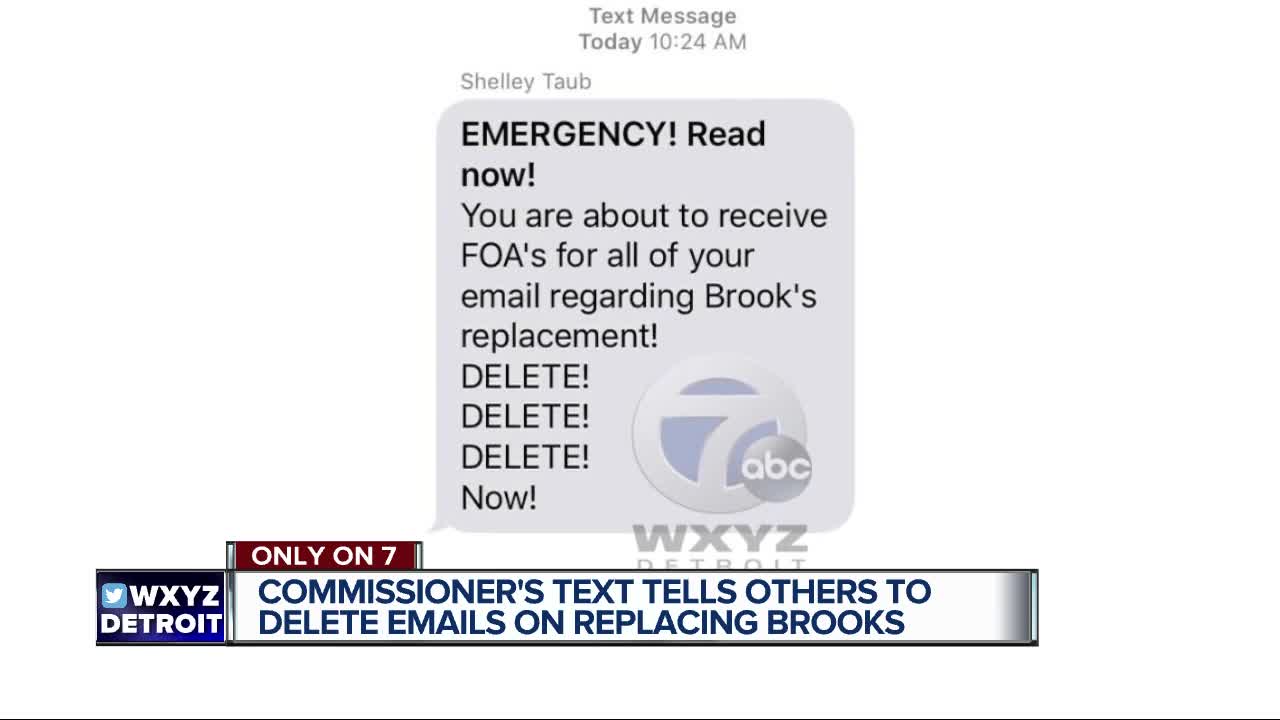 An Oakland County commissioner admits to telling her colleagues to delete emails in the wake of a public records request by 7 Action News. 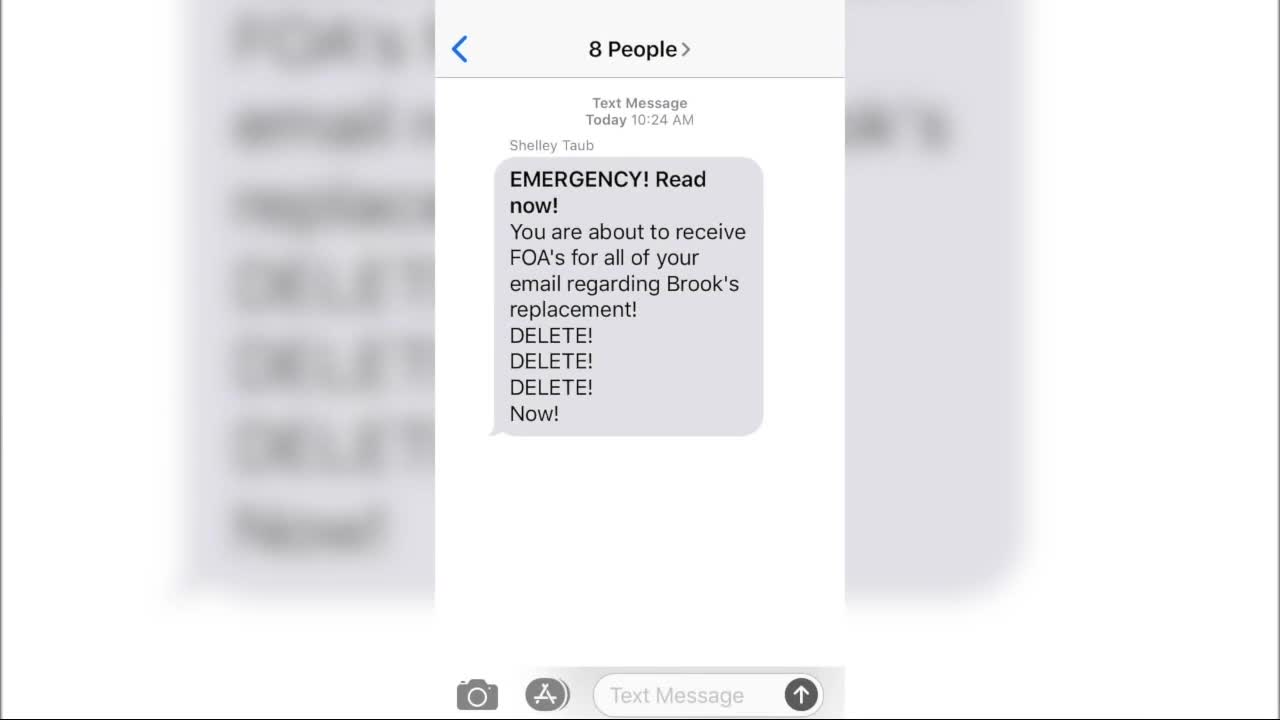 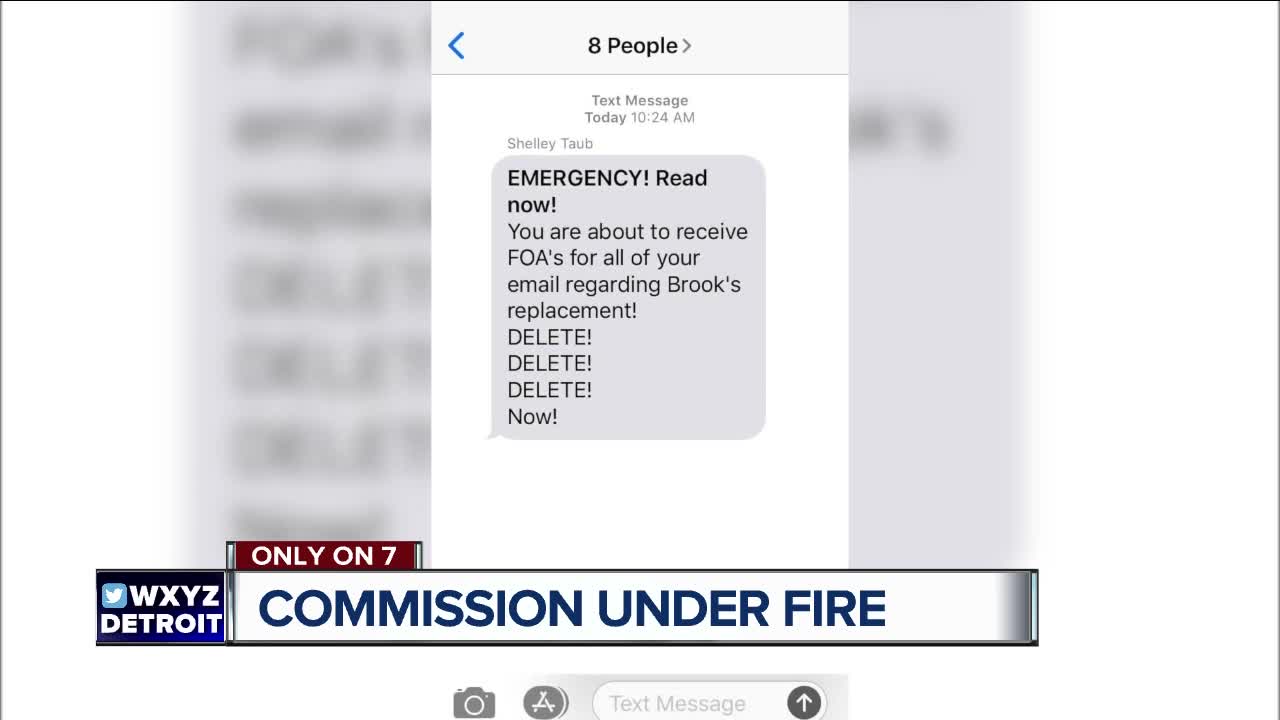 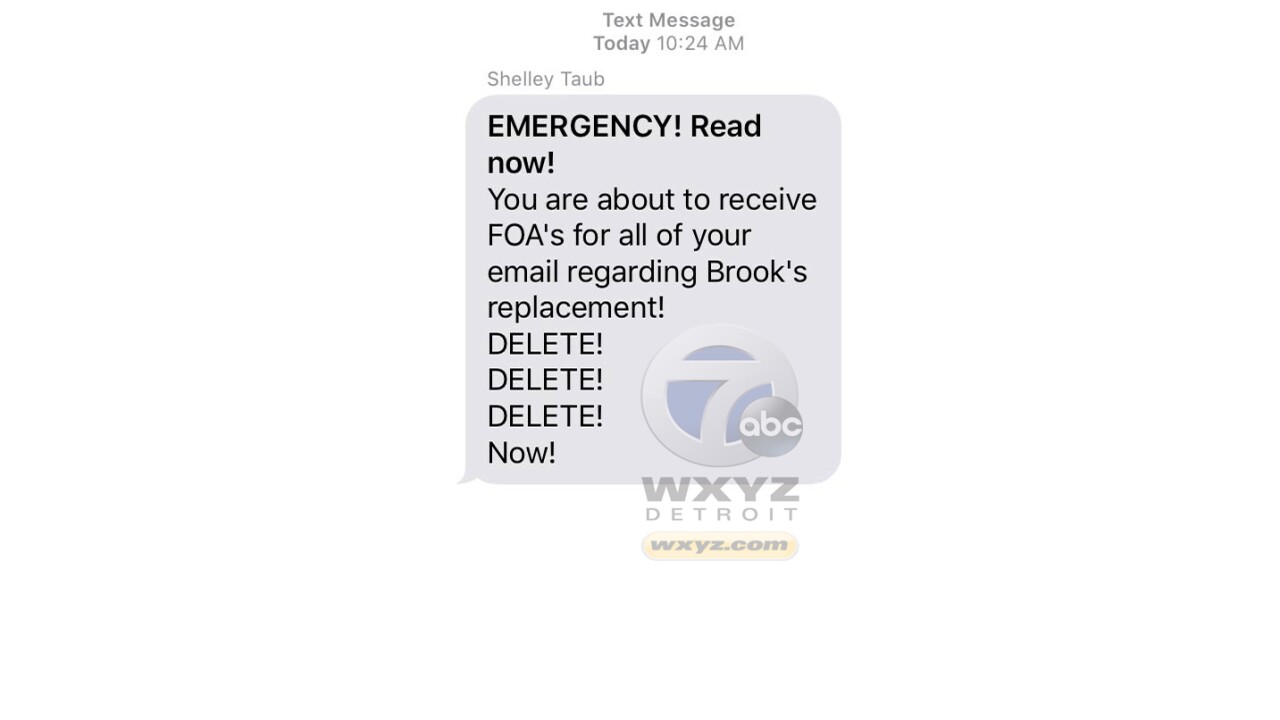 In an on-camera interview with reporter Simon Shaykhet, Oakland County Commissioner Shelley Taub was asked if she in fact sent the text messages to eight other commissioners.

“Yes I did. It was to hide anything personal or nasty,” replied Taub.

She went on to say that the messages went out as a preventative measure to keep anything negative from making headlines.

The revelation came after allegations about back room deals being struck to fill the seat of Oakland County Executive after the passing of L. Brooks Patterson several days ago.

Specifically, Taub’s text states: “DELETE. DELETE. DELETE” after acknowledging “You are about to receive FOA’s for all your email regarding Brooks replacement.” The text was sent only days after Patterson’s death and before his funeral next Thursday.

In the past several days, 7 Investigator Heather Catallo and Simon Shaykhet filed FOIA requests for email records of the county commissioners, many of whom use private email accounts to conduct county business against orders from the county. Those private accounts are considered less secure that official county email.

“This screams of a cover-up and misconduct in office because the intent is to hide info from the public,” says former prosecutor Todd Flood.

“They are elected to serve us, not try and hide the truth about who they want to get the job. How could they be so stupid?” says Goldman. Taub insists county email is outdated, which is why she uses her own private account and will continue to do do.

The board has three more weeks to select an executive to serve until December 2020, or a special election will be called. In the meantime, 7 Action News is awaiting the results of the FOIA request.