Person of the Week: Khodr Farhat is helping blind youth 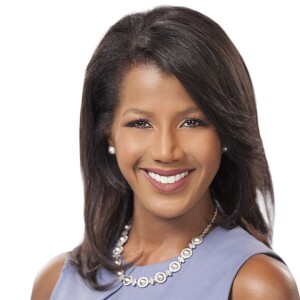 Khodr Farhat, 23, has never let his impairment stop the sights he has set on his future.

Farhat has been blind since he was born in Beirut, Lebanon, and came to the country at 15 years old with one dream in mind. His dream, that all people be treated equal, even those like him who don't quite see things the same way.

"Blind people and disabled encounter discrimination every single day, but no one barely talks about it," Farhat said.

Now, he speaks to hundreds of people and visits dozens, with his vision extending well beyond what his eyes can see.

Most recently, he became a volunteer instructor and mentor for Taylor Community Library's "Braile and Books program."

"Khodr is a very ambitious young man and very interested in making pretty much the whole word as accessible and inclusive as possible," Vanessa Verdun-Morris, a librarian said.

Matthew Poloskey, 13, recently joined the program. He was born with Micropthalmia, a condition that comes from something in the environment.

"They sayd I must have been exposed to something during my pregnancy," Matthew's mother Jolene said.\

Farhat's long-term goal is to work for the United States Education Department.

"My goal is to become someone very affluent and very famous so I could have a very influential role to help out as many people as possible," he said.

Meet our Person of the Week, Khodr Farhat, in the video player above.