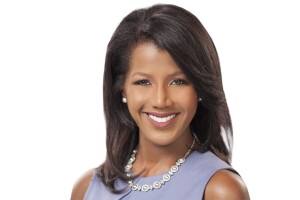 Although Glenda Lewis grew up with a broadcasting legend for a mother, it was not her lifelong dream to pursue a career in broadcasting.

When asked why she chose broadcasting after receiving her B.A. in Advertising and Marketing at Michigan State University, Glenda told the story of her first job interview. She took a personality profile while interviewing, and realized that all her best attributes related to her being a reporter.

“It was like a light-bulb went off,” Glenda explained. “I realized I wanted to be in news, so I turned down the sales position I had interviewed for.” Glenda did post-graduate work at Specs Howard School of Broadcasting to prepare for her newly chosen career path.

Before working her way to her home town, Glenda began her career as a reporter/photographer at WBKB-TV in Alpena. She then moved on to WLNS-TV in Lansing as a reporter/anchor. Next, she spent five years at WJRT-TV in Flint as a co-anchor of ABC 12 News at 6 and 11pm before joining Channel 7.

Glenda is a 5-time Emmy Award winner, including one for "Best Anchor," that one she received from the hands of a past winner in that same category, her own mother Diana Lewis.

Glenda and her Mother Diana are in the Museum of Radio and television history in New York City... for being the 1st Mother and Daughter in the country to have been co-anchors.

Glenda takes journalism very seriously and is a journalist for the viewers. Their trust is an important part of her job.

Glenda and her mother, veteran anchor Diana Lewis, were adopted into the Detroit history by the city council for being the first mother and daughter anchor team in the country.

Glenda is a proud Michigan State Spartans alum and received the honor of Distinguished Alumni Award alongside sports reporter Jemele Hill, and presented to her by former Congressman Mike Rogers.

If you have any stories or questions for Glenda, email her at glewis@wxyz.com.