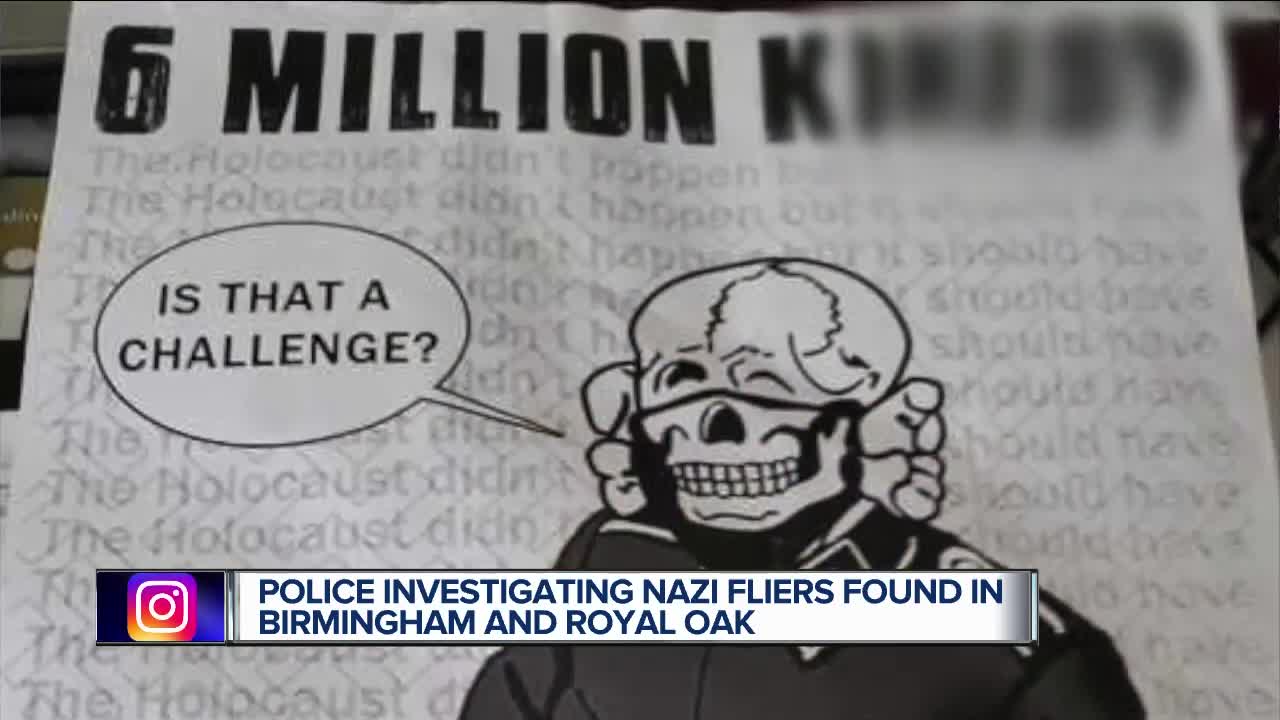 Police are asking for the public’s help tracking down those who placed hate-filled Neo-Nazi flyers in two Oakland County suburbs. 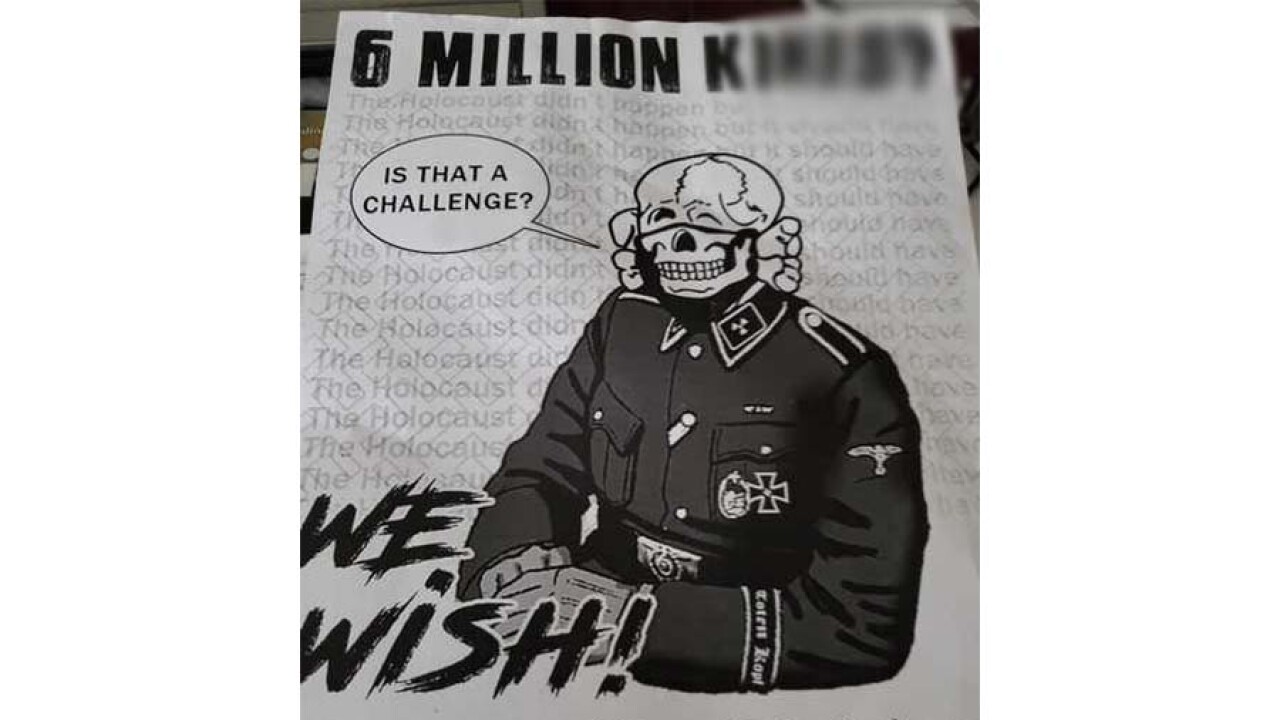 (WXYZ) — Police are asking for the public’s help tracking down those who placed hate-filled Neo-Nazi flyers in two Oakland County suburbs.

One of the flyers was attached to the front gate of a Jewish cemetery along 14 Mile Road in Birmingham.

Other flyers were stapled to light posts over the past several weeks and one was found in Royal Oak. Designed to spread hate, they are now the focus of a growing police investigation.

The director of Clover Hill Park Cemetery told 7 Action News by phone that the discovery was reported to detectives in Birmingham right away. On the flyer there was a printed image of a swastika and racial slur aimed at Jewish people. There was also a message denying the Holocaust.

The sinister message comes from an out of state hate group, calling themselves “Atomwaffen Division.” Both state and federal authorities as well as Birmingham and Royal Oak police are working together to track those responsible.

If you have any information about this, call them right away.