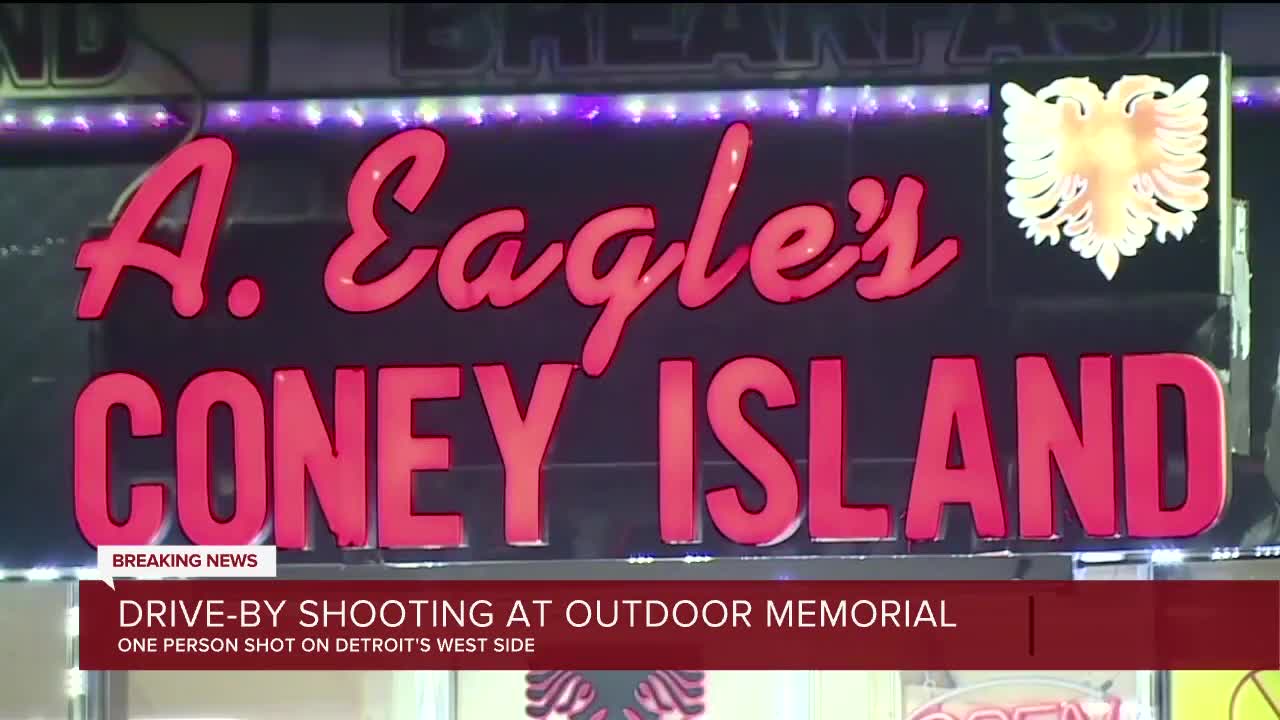 DETROIT (WXYZ) — Police are searching for a shooter who opened fire on Detroit's west side.

Police say the victim is in serious condition but is expected to survive.

The drive-by shooting occurred near Plainview and Schoolcraft outside of a home where dozens of people were gathered at a memorial to celebrate the life of another man gunned down.

One week ago, a man was shot and killed at a coney island restaurant on Dexter and Joy, one of four victims shot during an altercation.

A 25-year-old is in custody in connection with the restaurant shooting.