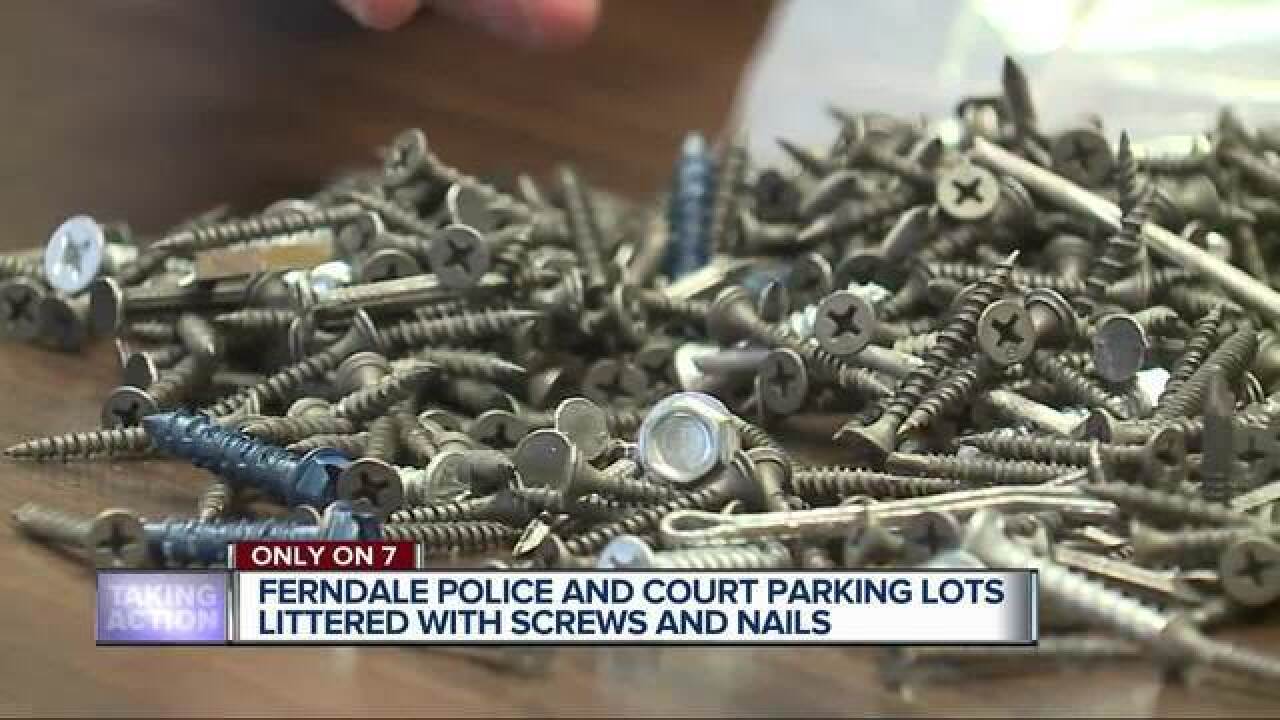 Police have ruled out a person believed to be responsible for placing screws and nails in the Ferndale police station parking lot.

According to Ferndale police, the man seen in surveillance footage cooperated with the investigation and officers have since ruled him out as a suspect.

"We strongly believe in not only arresting the guilty but in exonerating the innocent," Ferndale police said. "We appreciate his cooperation and willingness to chat."

On Nov. 1, Ferndale police released video footage of a man who they believed purposely threw down nails and screws behind the courthouse and at the police parking lot. The suspect in the video has since been ruled out as a suspect.

The investigation is ongoing, as officers still look for the culprit. If you have information, call 1-800-SPEAK-UP, or the Ferndale Police Department at 248-541-3650.