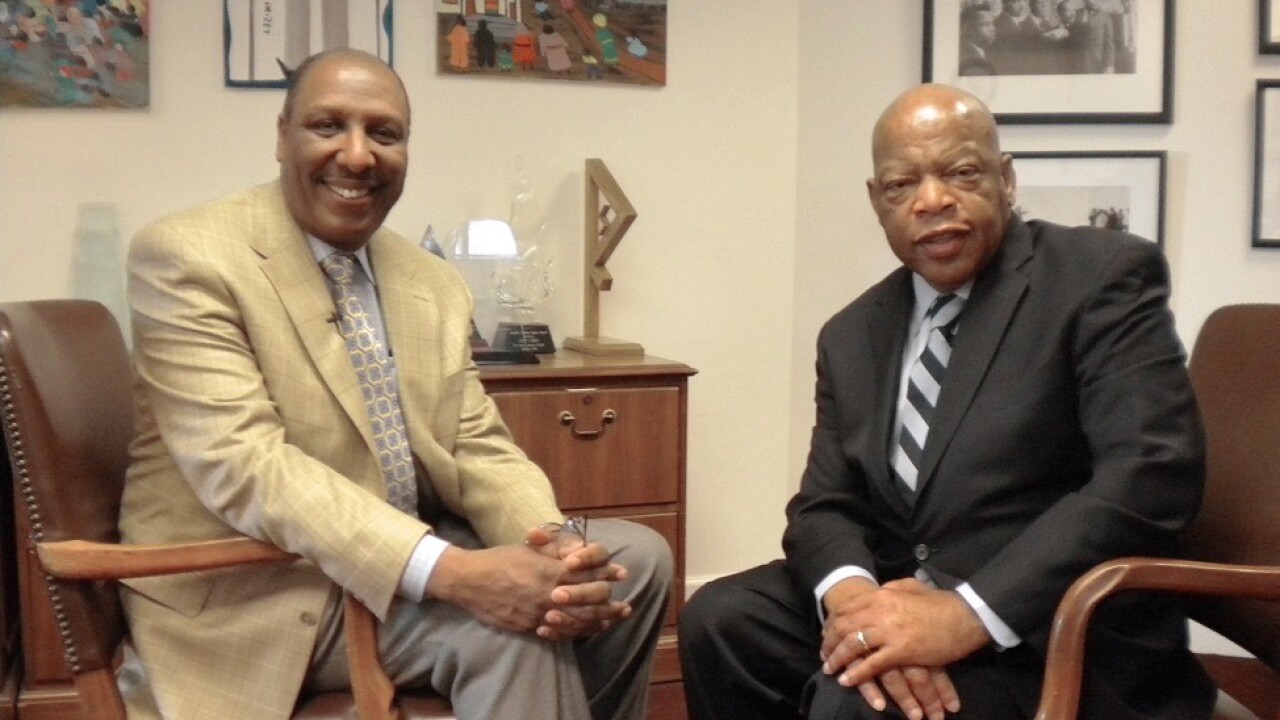 DETROIT (WXYZ) — The passing of Atlanta Congressman John Lewis brings to a close an historic leadership circle but not the principles they championed nor their spiritual commitment to love their fellow man. He was the youngest and last surviving member of the “Big Six” civil rights activists. The other five were Dr. Martin Luther King, Jr. Whitney Young, A. Phillip Randolph, James Farmer and Roy Wilkins.

Lewis was one of the most courageous men I have ever met and one of the humblest. Our family friendship dates back almost 50 years. I first met John and his wife, Lillian, when I was a freshman at Morehouse College. At that time, he was executive director of the Atlanta-based Voter Education Project. Lillian was head of the special collection section of Atlanta University’s Library. From college work-study jobs, to leftover party food, to solid away from home advice, they looked after my roommate and me as though we were their own sons. That was the Lewis’ Atlanta hospitality tradition.

Although John Lewis had hero status in America, he was always down to earth. He was also a fierce fighter for civil and human rights and did not believe in compromising his principles. He had paid too big of a price for that as a Fisk University student protesting at lunchroom counters, as a Freedom Rider on buses through the Deep South and as a Bloody Sunday marcher who was brutally attacked while crossing Selma’s Edmund Pettus Bridge. It was only natural that he would become the head of the Student Non-Violent Coordinating Committee and take his well-earned place alongside Dr. King. And when it came time to run for Congress, Lewis also took on that task with tenacity and determination. He served in the U.S. House with my father, the late Cleveland Congressman Louis Stokes. I remember Dad telling me one day that his colleagues, on both sides of the political aisle, viewed John as the “conscience of the Congress”, even by those who did not share Lewis’ political policies.

In 2013, when the Georgia representative was being honored as the Ford Freedom Award Scholar, I flew to Atlanta to interview my old friend. I asked him if there was any bitterness because of the many beatings and dog attacks he had incurred. He said there was none. Why? Because of his strong non-violent philosophy, his incredible ability to forgive and his deep love for our human race.

He had an extraordinary life. I’m honored to have had a friendship with him. He won’t want us to spend a lot of time mourning his death. He’ll want the world to honor him by doing what’s right. John, rest in peace, as you reunite with your beloved Lillian.