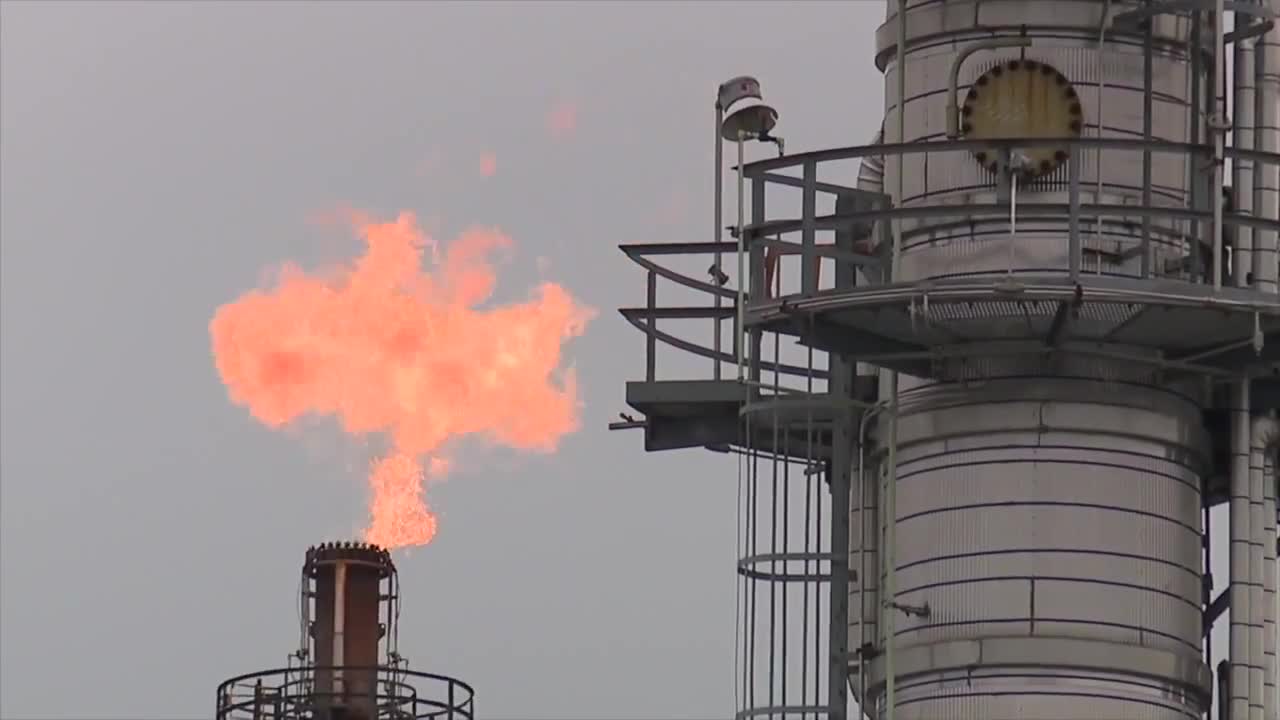 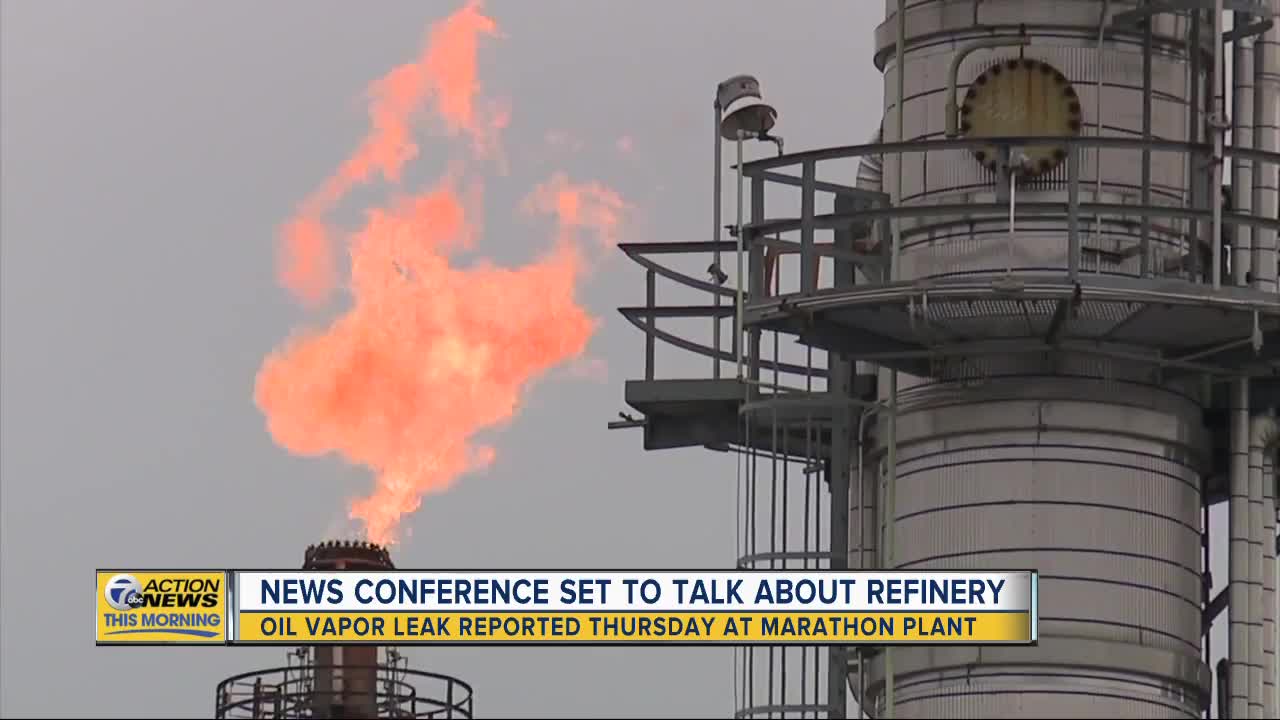 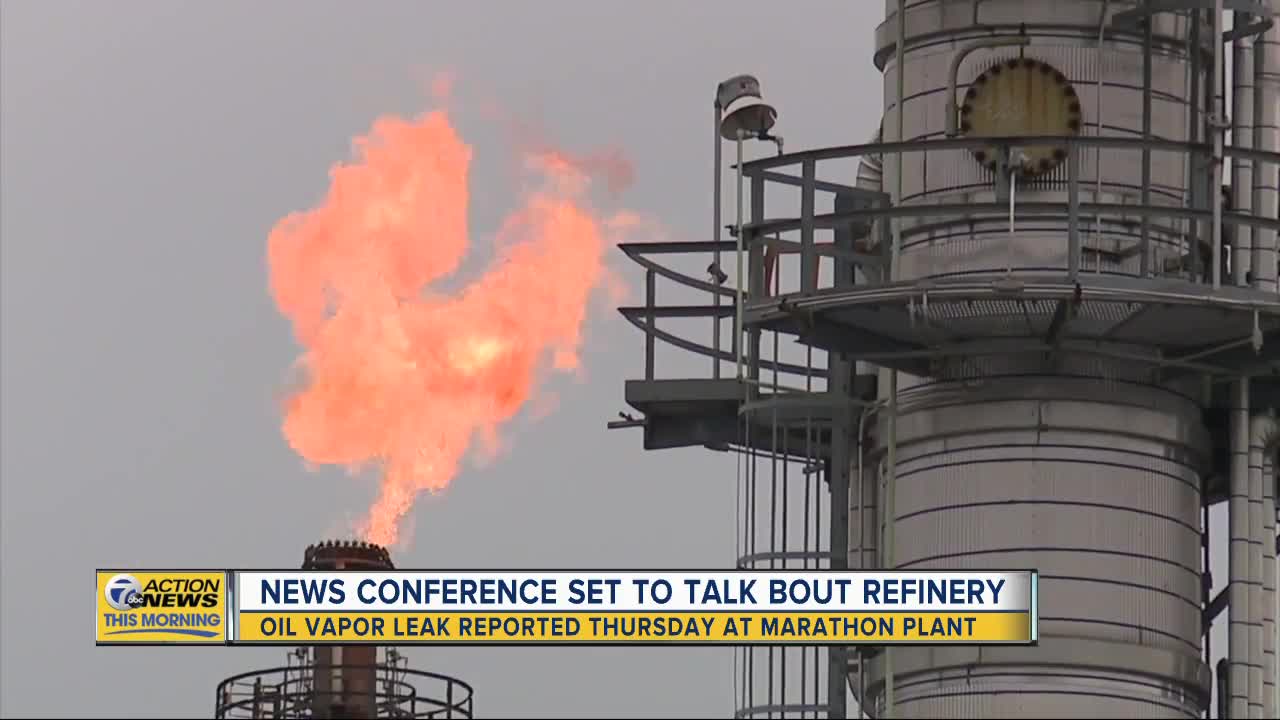 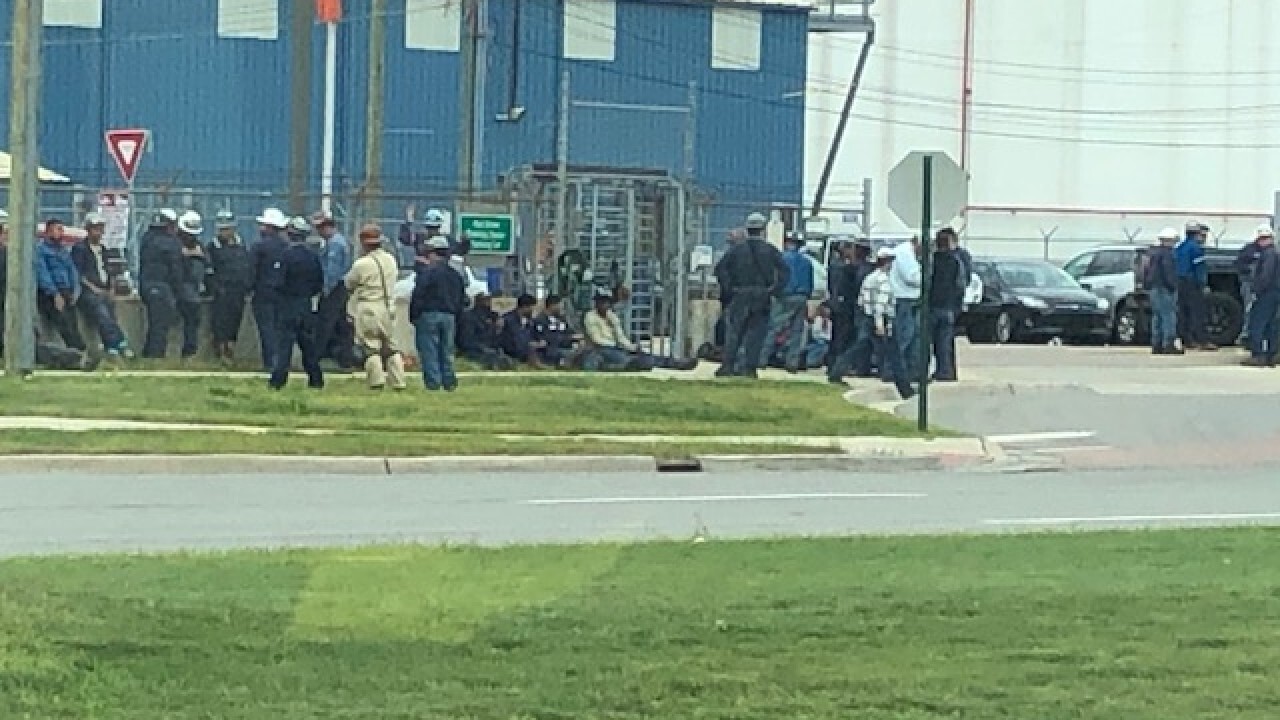 DETROIT (WXYZ) — Following an oil vapor leak at the Marathon refinery, residents near the refinery called for accountability after the oil vapor leak on Thursday.

Employees of Marathon could be seen lining up outside around 1:30 p.m. Thursday due to reports of an oil vapor leak.

The fire department closed down roads around the plant for hours.

"We're tired of being notified too late after a release has happened," Theresa Landrum said. She lives near the refinery. "Yesterday it was a little after 1 p.m. and the community notice through a robocall was 2:35. How much poison was released in that hour?"

Plant employees told 7 Action News alarms sounded inside the facility, signaling them to leave the plant.

According to Marathon, they say their workers were not evacuated.

This is not the first time there has been issues at the plant.

Last February, people living near the refinery could smell an odor. The cause? A flare inside the plant that was not functioning properly.

She tweeted out: “Residents will be demanding accountability of @MarathonPetroCo for their repeated toxic outputs and spills. #WeHavetheRighttoBreathe.”

Join us tomorrow, Friday Sept 13 at 10:30 a.m. at Cadillac Place, 3060 W. Grand Blvd. Detroit for a press conference. Residents will be demanding accountability of @MarathonPetroCo for their repeated toxic outputs and spills. #WeHavetheRighttoBreathe

“This is what we call southwest Detroit, they seem to forget us out here," said Gregory Ponders, who lives near the plant.

That media conference will take place today at 10:30 a.m.