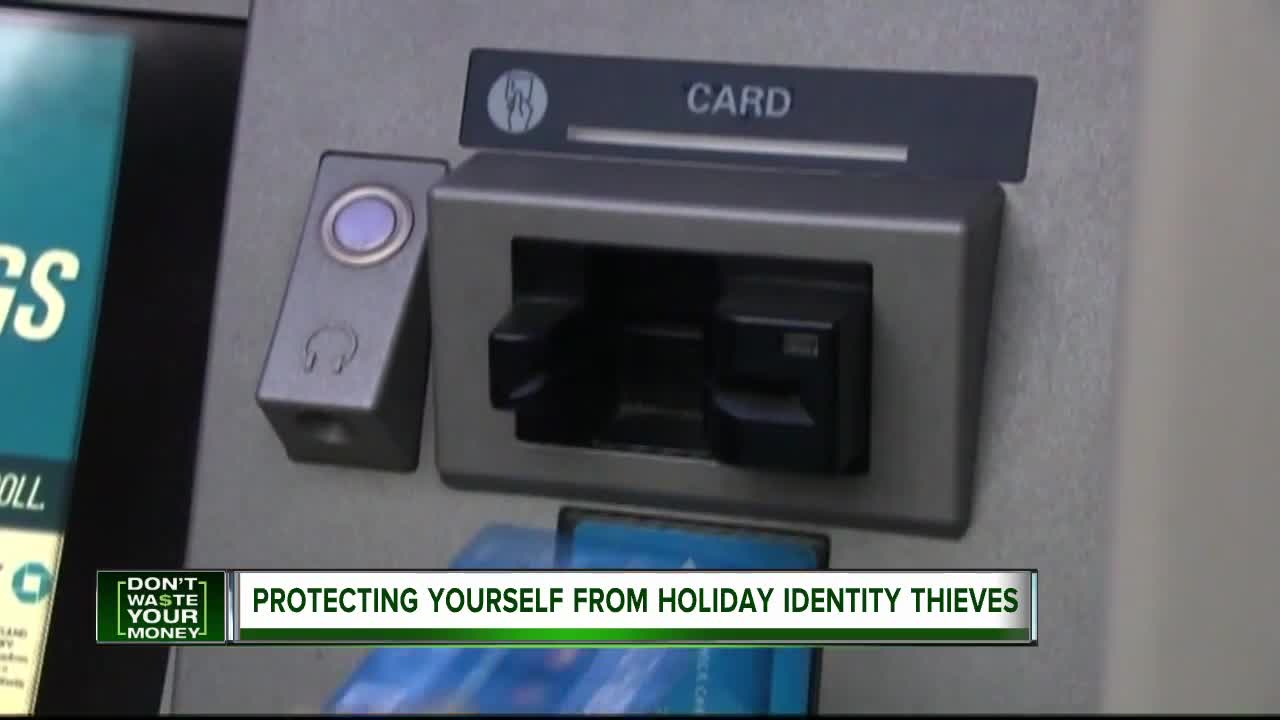 Protecting yourself from holiday identity thieves

"I have four different bank accounts now, and I refuse to put all my money in one account," Troy told 7 Action News' Ameera David.

It may sound extreme, but Jennifer says it's the only thing that helps her feel in control – after her identity was stolen, three different times. The first time in 2016, someone filing an unemployment claim in her name. Then in 2019, two more hits with one that stunned her.

"I got a notification that my new card was expedited and on its way to my new address in Miami, Florida," Troy said.

Small problem? Jennifer didn't live in Florida. Today, if scammers can verify your date of birth, address and social security number – they can do pretty much anything – from stealing your government benefits to getting medical care under your name.

"This is the scariest time of year because you know this is when a lot of the breaches happen," said Troy.

Corporate data breaches have run at a record pace in 2019. But simple holiday shopping can also put you at higher risk.

Cochran says in store shoppers need to change up their routine.

"I would suggest not even taking a purse, maybe having a small wristlet where you can maybe have your cash and your license," Cochran said.

While online shoppers need to avoid using risky websites, look for a "lock" symbol at the top of a webpage signaling your information is protected. But most importantly, sign up with a credit bureau.

"If they have credit monitoring, it will alert them and let them know that there's an inquiry happening: somebody's applying for something," said Cochran.

Jennifer says it's what saved her.

"If I didn't have that notification, I would have never known," said Troy said.

She hopes it'll help others stop thieves from stealing their holiday cheer.