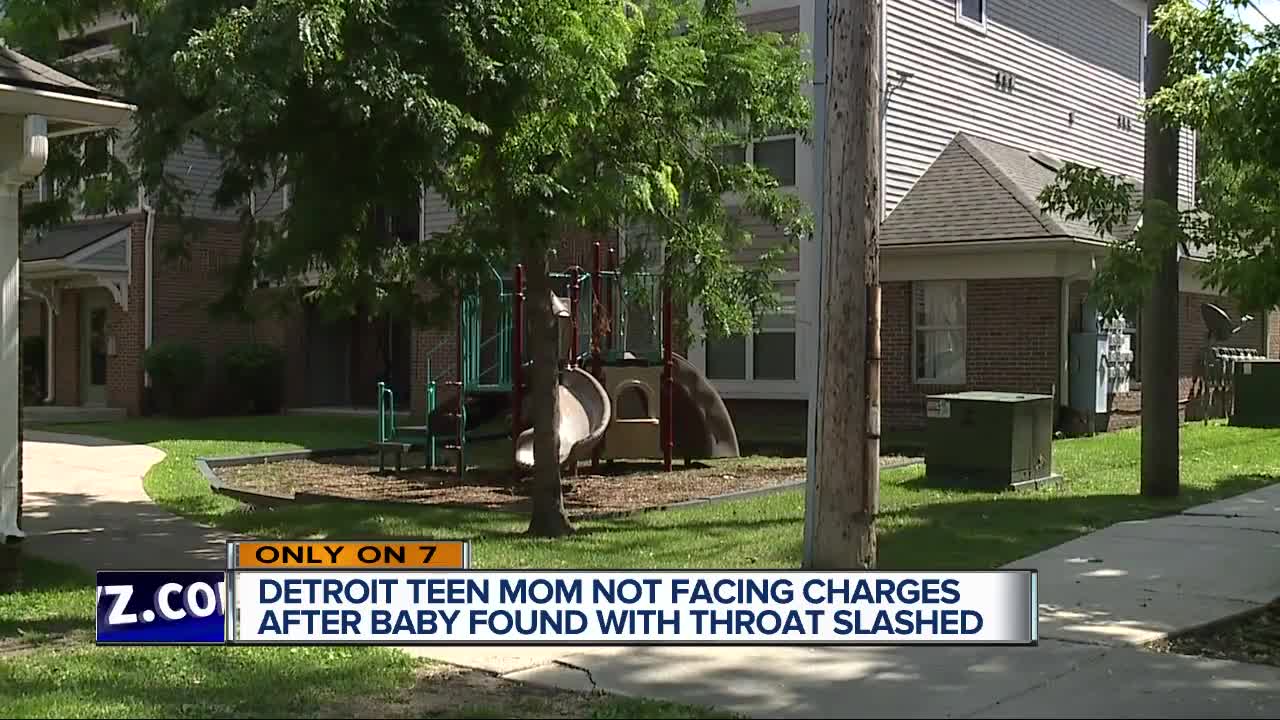 DETROIT (WXYZ) — A 16-year-old girl is accused of killing her baby girl by slashing the newborn's neck. Sources tell 7 Action News that the teen then tried to cover up the killing by putting her baby's body in her bedroom closet.

So far, the teen has not been charged with any crime, but Detroit Police said they have submitted a warrant request to prosecutors.

Details are now emerging in the disturbing case that unraveled in February when the teen's own mother rushed her to the hospital when she passed out.

The teen's mother reportedly thought she was having menstrual problems, but then doctors told her that her daughter had given birth to a baby.

Sources said the teen denied giving birth. But when the teen's mother returned home to look around, we're told she found the newborn baby girl dead in a closet.

The Wayne County Medical Examiner said the infant died from multiple cuts to her neck and her death has been ruled a homicide.

Sources tell 7 Action News that the teenager's mother did not know she was pregnant.

A spokesperson for the prosecutor's office said they have received the warrant request from Detroit Police and it's still being reviewed by their Juvenile and Special Victims Unit.