24-year-old man with a long history of rape, assaults and new charges bringing criticism of judges 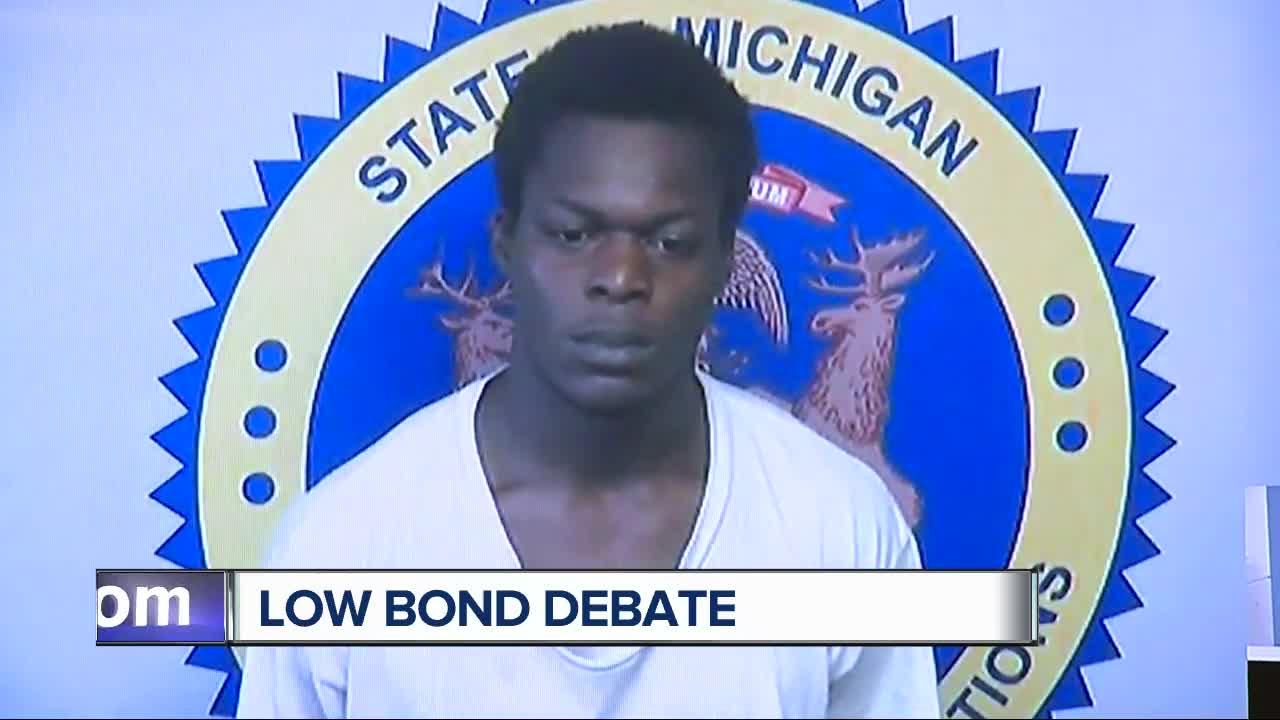 Daryl Michael Edwards is now charged with shooting a 39-year-old man, a 29-year-old woman, his estranged wife, a 7-year-old boy and injuring his own 3-year old daughter.

DETROIT (WXYZ) — Daryl Michael Edwards is now charged with shooting a 39-year-old man, a 29-year-old woman, his estranged wife, a 7-year-old boy and injuring his own 3-year old daughter.

The 7-year old’s father Dewayne Howard blames Edwards, but also blasts judges who are being criticized for their handling of Edwards’ previous cases.

Edwards is now charged with assault with intent to murder, any number of years up to life if convicted. A Magistrate today ordered Edwards held without bond during his arraignment.

Prosecutor Kym Worthy has charged Daryl Michael Edwards, 24 (DOB: 11/23/1994), of Detroit, in connection with the non-fatal shootings of a 39-year-old man, his 29-year-old female friend, as well as assaults on her eight-year-old son and her three-year-old daughter that she and Edwards have in common. The woman’s 11-year-old son was in the home at the time of the attacks, but he was able to escape.

On July 9, 2019 at approximately 5:01 a.m., police were dispatched to a house in the 7190 block of Mackenzie Street. When they entered the home, they observed a man and a woman suffering from gunshot wounds. They also observed a young boy suffering from stab wounds to his ear and hand. Edward’s toddler daughter had an injury to her nose. The 11-year-old boy who was in the home escaped and called the police for help. It is alleged that Edwards shot the adult male victim multiple times and shot the female victim in head. It is further alleged that he cut the young boy with a knife and hit his daughter, causing injuries to her face. The victims were all transported to a local hospital for treatment of their wounds. The defendant fled the location on foot and was later arrested by the Detroit Police Department on July 10th, 2019.

Edwards has been charged with: three counts of Assault with Intent to Murder, two counts each of Home Invasion, Assault with Intent to Do Great Bodily Harm and Felony Firearm.* He was arraigned today before 36th District Court Magistrate Millicent Sherman. The Probable Cause Conference is scheduled for July 19, 2019; the Preliminary Examination is scheduled for July 26, 2019 at 9:00 a.m. Both hearings are before Judge Lynise Bryant in 36th District Court. The defendant was remanded to jail.

Prosecutor Kym Worthy said, “The allegations in this case are unsettling because, in this defendant’s world, being rejected meant that his ex-girlfriend and her male friend should be violently assaulted. And if there were children in the vicinity - even if one of them was his own child - so be it. Beyond tragic.