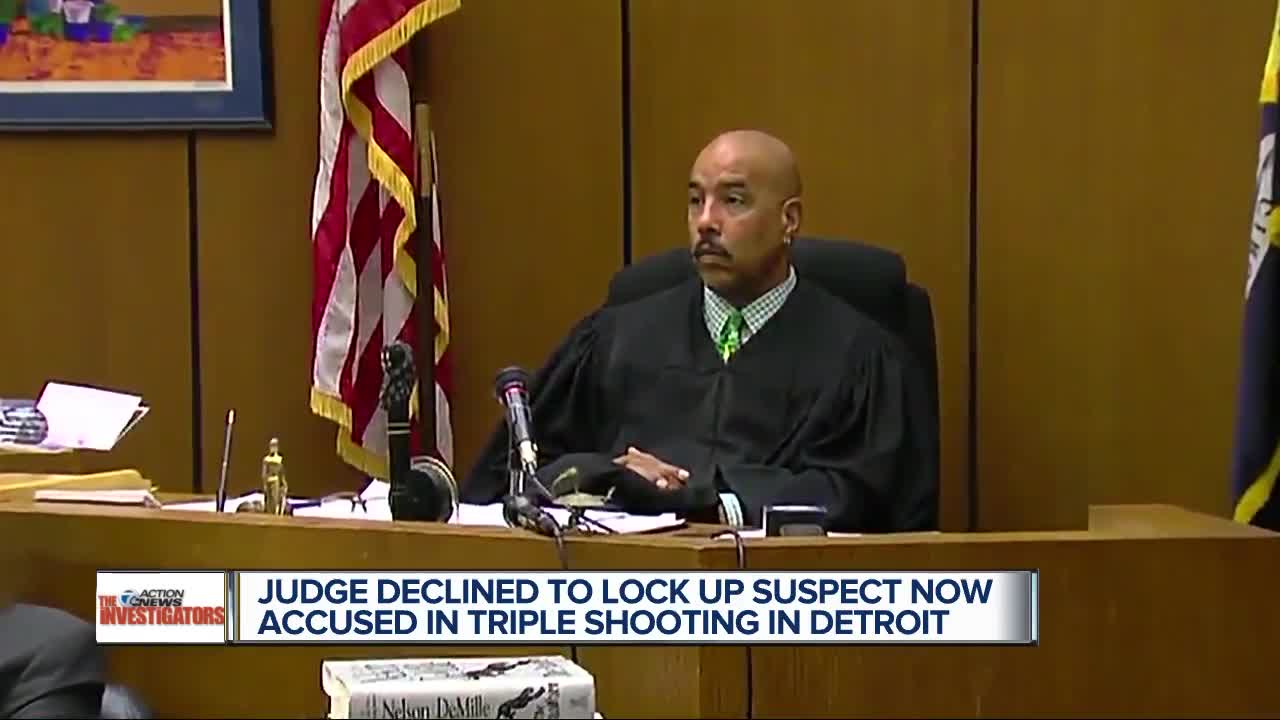 A man police say pulled the trigger in a triple shooting that left three people in critical condition, including a child, could have been locked up and off the street in May, court records show. 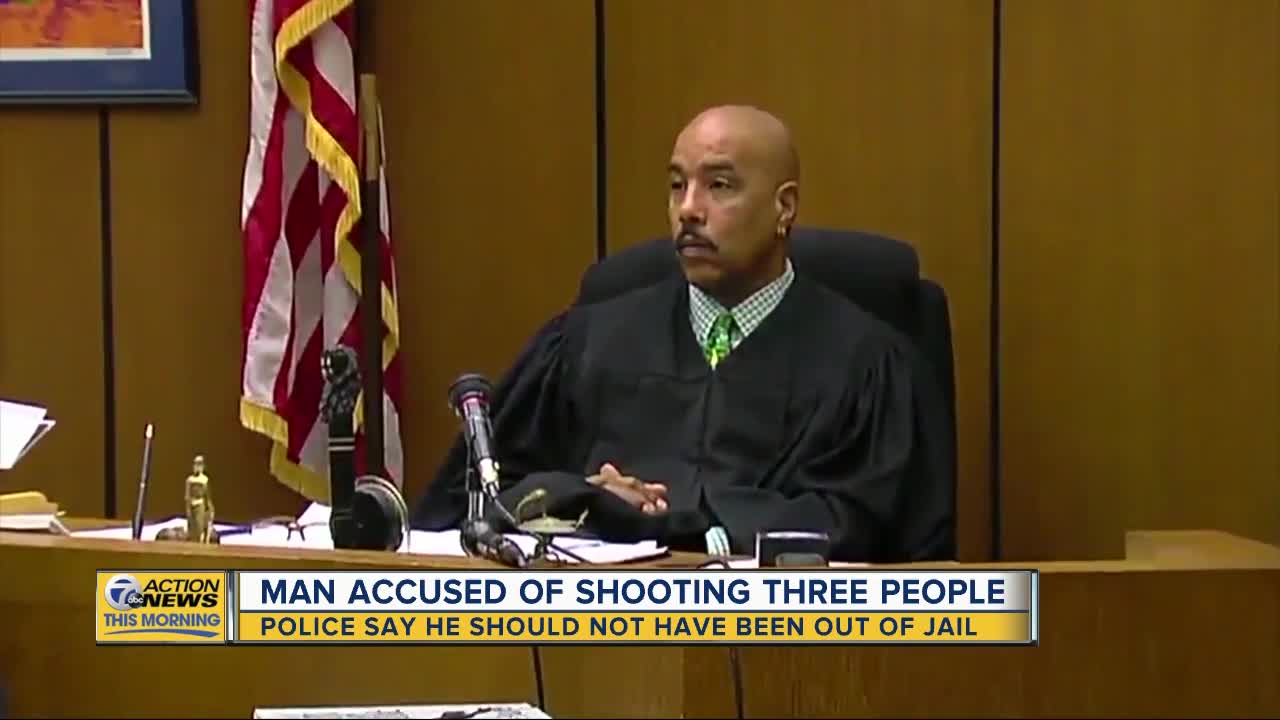 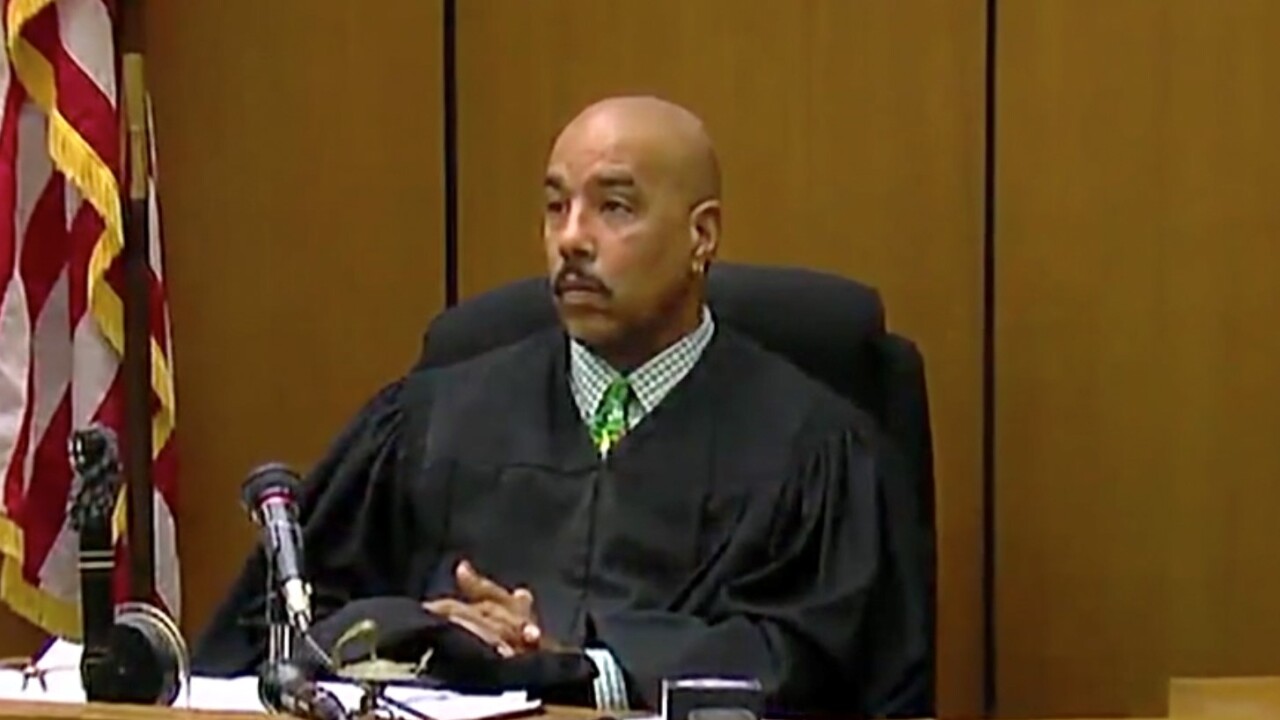 DETROIT (WXYZ) — Police say a man pulled the trigger in a triple shooting that left three people in critical condition, including a child. Court records show that he could have been locked up and off the streets in May.

Wayne County Judge Bruce Morrow declined a Michigan Department of Corrections recommendation that the man be jailed for 90 days after violating his probation. Even before that, say police, the man repeatedly ran afoul of the law, but was given low bonds by judges, repeatedly skipped court dates and flouted the legal system.

On July 10, Detroit Police forwarded a request for charges to the Wayne County Prosecutor’s office. Because he has not been formally charged, 7 Action News is not naming him.

Court records reveal that, over the course of four years, the man was accused at least four times of physically assaulting his estranged wife, as well as a small child. In 2017, he was convicted of criminal sexual conduct.

“Could this have been prevented?” asked Chief James Craig. “It just seems like the system has continuously failed to properly address this person.”
The first time he was accused of beating his wife was 2015 at a hotel in Stamford, Connecticut. According to police, his estranged wife said he strangled, slapped and raped her.

In an interview with police, the man insisted the sex was consensual, but admitted to beating her, saying that sometimes “he has to strike her to calm her down.” He was charged with strangulation and assault in the third degree, but skipped out on his court date and never faced a judge.

The status of his charges in Connecticut is not clear. Reached today by phone, a Stamford Police official said they were reviewing the case.

New Wayne County charges would come in 2017, but the story was the same: the man was again accused again of attacking his wife, then sexually assaulting her. This time, said the Wayne County prosecutor, he “pointed (a) knife at her face and told her to ‘come here,’” then raped her. He pleaded no contest to criminal sexual conduct in the 2nd degree and was sentenced to a year in jail by Judge Bruce Morrow along with 3 years probation and referred to a domestic violence training program.

Then, in March of this year, the man was charged again with felonious assault and domestic violence: attacking the same woman with a glass bottle. Despite a previous conviction, Judge Dalton Roberson—criticized previously for giving out low bonds before—gave the suspect a $2,500 10% bond. He walked free after posting $250.

Roberson did not respond to an e-mail seeking comment.

“This individual was released, very low bond, a danger to the community,” Chief Craig said, “and he does what one can expect. His violence escalates.”

In April, he was accused of even more felony charges. This time, say prosecutors, he attacked his estranged wife for at least the fourth time: breaking into her home, punching her in the mouth and putting a knife blade to her neck. He was charged with home invasion 1st degree, felonious assault, domestic violence and child abuse. After posting a $25,000 10% bond, he was free again.

But the Michigan Department of Corrections said he should be jailed. In April, they filed a probation violation report with Judge Morrow, the judge who’d previously sentenced the suspect to a year in jail on a sex crime, saying he violated his probation and should spend 90 days in the Wayne County jail.

But despite that recommendation and the suspect’s two pending cases for domestic violence, Morrow declined to send him to jail. Instead, he continued his probation and let him walk for $200 bond.

“Putting someone back out in the community who is a clear threat,” Craig said, “that is a problem.”

Free on bond, the suspect fled again, according to police, skipping his May 31 court dates.

He wouldn't be seen again until July 9, say police, after shooting three people—including an 8-year-old boy—and his estranged wife: the same woman who’d gone to police at least four times over prior alleged abuse.

“Had the judge followed the recommendation, he would still be in jail today,” said Channel 7’s Ross Jones.

“Absolutely,” Craig said. “He would still be in jail today and we wouldn’t have three victims of a shooting and a a fourth victim, a child, who was beaten.”

Morrow did not respond to an e-mail seeking comment.

On July 10, the Detroit Police department forwarded a warrant request to the Wayne County Prosecutor's office. A decision could come as soon as tomorrow.