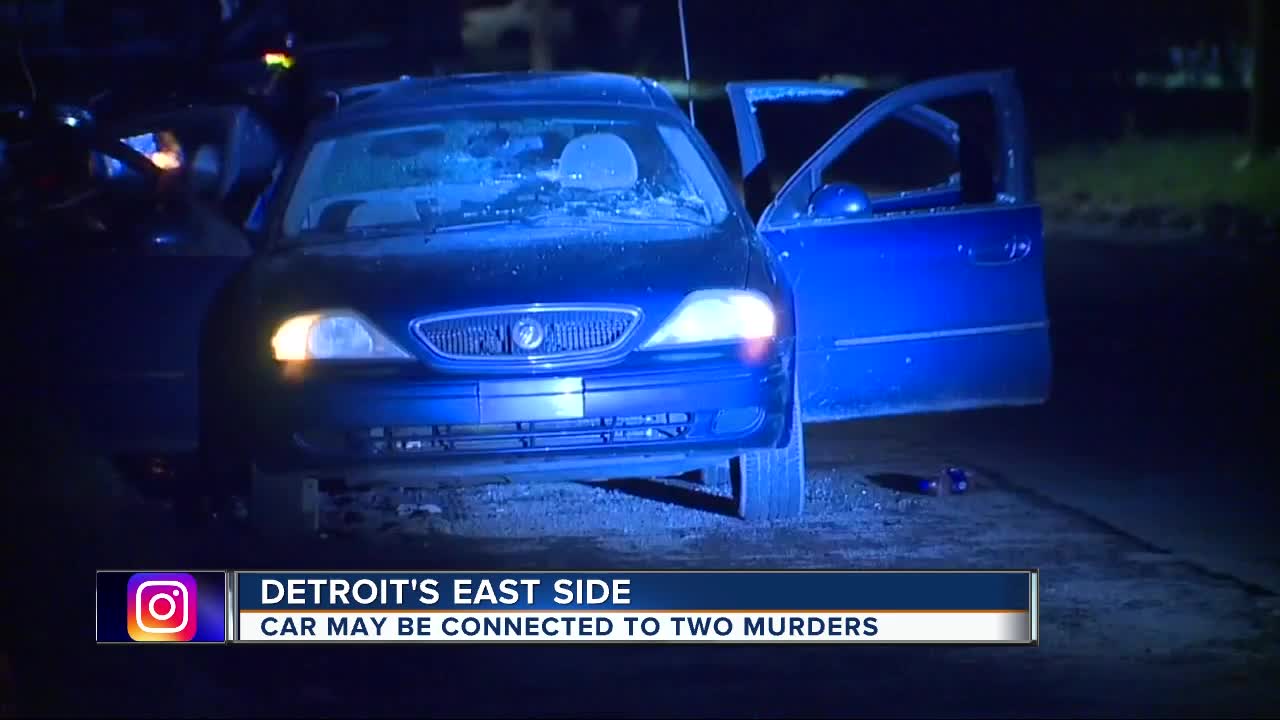 "It's just so many young women being murdered," said Dorothy Trammell who considered 24-year-old Nyree Henderson to be her daughter-in-law.

DETROIT (WXYZ) — "It's just so many young women being murdered," said Dorothy Trammell who considered 24-year-old Nyree Henderson to be her daughter-in-law.

She is now raising Nyree's two-year-old son, Carter, who is Dorothy's grandson.

Detroit Police are investigating a connection between Nyree's murder and the fatal shooting of another woman, Destiny Reed. The women were both killed on the city's east side a day apart.

“How do you tell a two-year-old his mother isn’t coming back,” said Dorothy.

It was around 12:45 Sunday morning, Mother's Day, when Destiny Reed was gunned down on Van Dyke near Mack Avenue by someone in a black Chrysler 300.

Then Monday, around 11:30 at night, Nyree and two others were shot in her vehicle that was parked on Guilford, not far from Chandler Park Drive.

Nyree was killed and the two men who were in the vehicle with her survived. Both men are out of the hospital, according to a friend.

Detroit Police are investigating a connection between the two murders they said could be tied to gangs.

Anyone with any information on the person or people involved is urged to call Detroit Police Homicide Unit at 313-596-2260 or Crime Stoppers at 1-800-SPEAK-UP.