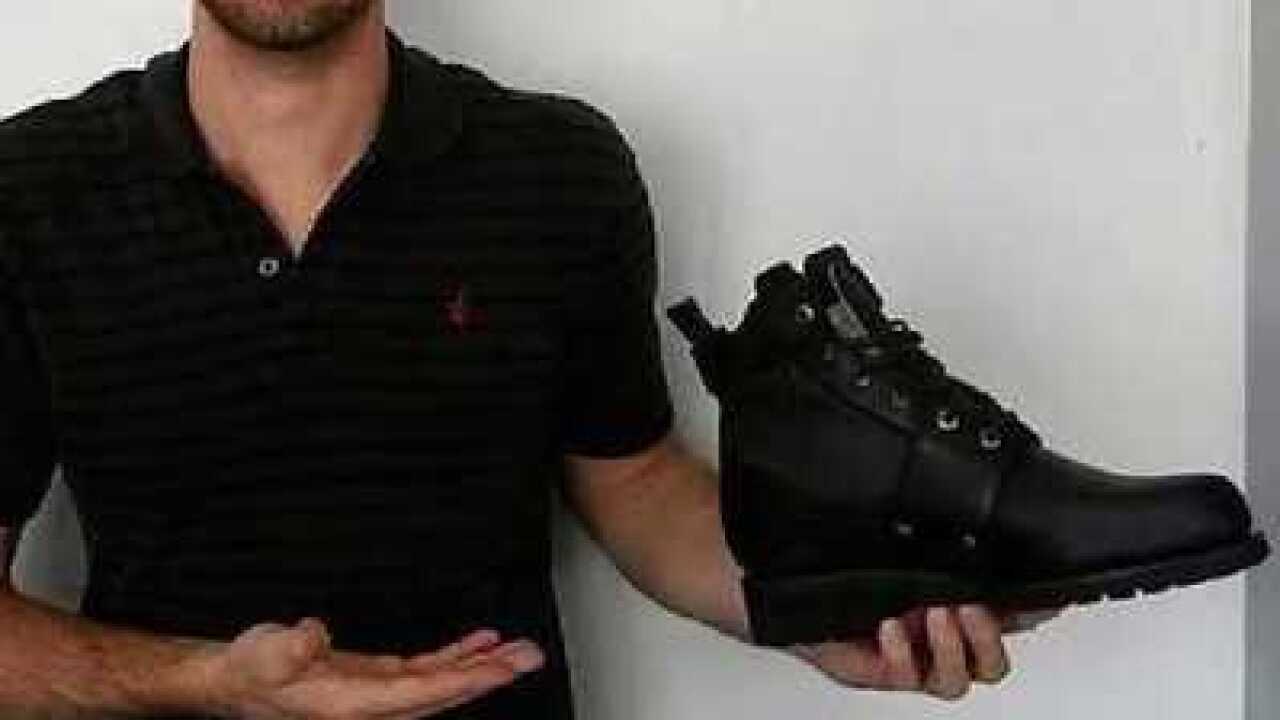 Copyright 2017 Scripps Media, Inc. All rights reserved. This material may not be published, broadcast, rewritten, or redistributed.
<p>Jarret Schlaff holds one of the prototype boots Pingree Detroit aims to manufacture by mid 2018. </p> 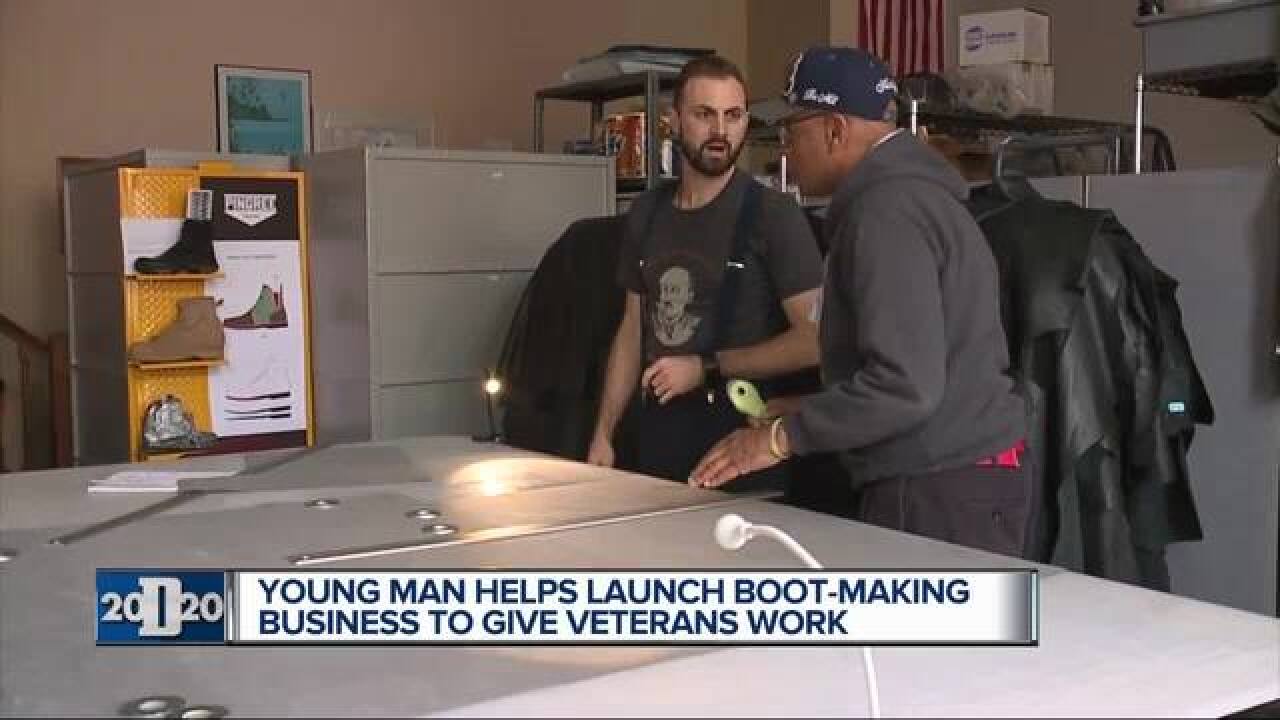 There are hundreds of veterans who are homeless in Detroit and thousands more who are unemployed. But one man has brought together a team to try to solve those problems.

He’s the CEO of a new business that aims to bring boots to the market that are made by Detroit veterans.

Jarret Schlaff is a 30-year-old Waterford native who now lives in Detroit with a vision to help veterans.

The sound of industrial sewing machines is music to his ears.

“I made this pair at a class over at the College for Creative Studies,” Schlaff said while holding the first boot he ever made. “Clearly, [I’m] still learning sewing,” he laughed.

Schlaff has come a long way.

The Oakland University graduate – who earned a Bachelor of Arts in public administration, policy, and business -- bartends at Motor City Brewing works to pay the bills.

That’s so he can focus on his real passion -- a boot and leather-goods manufacturing business he co-founded in Detroit in January of 2015.

Boots on the Ground was the working title for this L3C -- a social impact low-profit venture.

By 1886, the business was the second-largest shoe manufacturer in the country employing 700 people.  It was valued at 1-million-dollars.

Pingree went on to become a 4-term Detroit mayor and Michigan’s 24th governor.

“I used to be a homeless veteran,” she told 7 Action News.

Mann got a job at Pingree Detroit in April and is now the company’s Lead Maker – creating handbags and other leather goods.

She said she can finally sleep at night because she’s making a living wage without having to work 2 and 3 jobs.

And sewing is something she had always enjoyed doing in her spare time.

“I never thought I’d be working doing my hobby. This is something I really, really love,” she explained with a smile.

Parish Blevins served in the U.S. Army for 20 years.  Schlaff hired him in September as a Boot and Bag and Community Maker.

“A man has self esteem when he works. Okay? So, this is what Jarret has provided us -- an atmosphere where you can reclaim your self esteem,” said Blevins.

Each veteran who works at Pingree Detroit for one year can then become a co-owner of the company.

The team is operating in a 100-year-old bank building on Woodward Avenue and E. Milwaukee Avenue -- sharing space with Anew Life Prosthetics.

They’re still on a shoestring budget -- using reclaimed, high-end leather from Detroit-area automakers, equipment and tools donated by dozens of businesses, and in-kind donations from individuals and foundations.

So, what sparked it all?

Jarret Schlaff ran across a homeless veteran several years ago near his home in Detroit.

“When I went over [to him], I brought him some water, some non-perishables. His name was Ryan. And I said, ‘What do you need man?’ And he said, ‘I need some work!’” recalled Schlaff.

Within that same week, he encountered another homeless veteran who was living in his car.

And the two encounters really jarred Schlaff. And he felt compelled to do something.

So, he started talking to veterans organizations, non-profits, and businesses trying to find solutions. And he said it all came down to creating work.

“These boots represent us figuratively and literally making the bootstraps that we can all pull ourselves up from,” said Schlaff, holding one of Pingree Detroit’s prototype boots.

With Pingree Detroit’s boots still in the testing/prototype phase, he said the company’s high-end leather journals and handbags will enable them to make enough money to move to boot manufacturing next year.

Dog-tags accompany each sale to show that the product is Made-In-Detroit by veterans.

And that boundless motivation that has inspired others to team up with him to make a difference is why Jarret Schlaff is this week’s Detroit 2020 Person of the week.

Pingree Detroit is rolling out new leather-bound journals and accessories this month online.

Shlaff said the company is planning to release its veteran-made urban-utility boots by the middle of next year.

Pingree Detroit will also be holding workshops in the community to train more veterans to come work there in the future.

If you’d like to nominate someone for Detroit 2020’s Person of the Week, please email Alicia Smith at alicia.smith@wxyz.com.