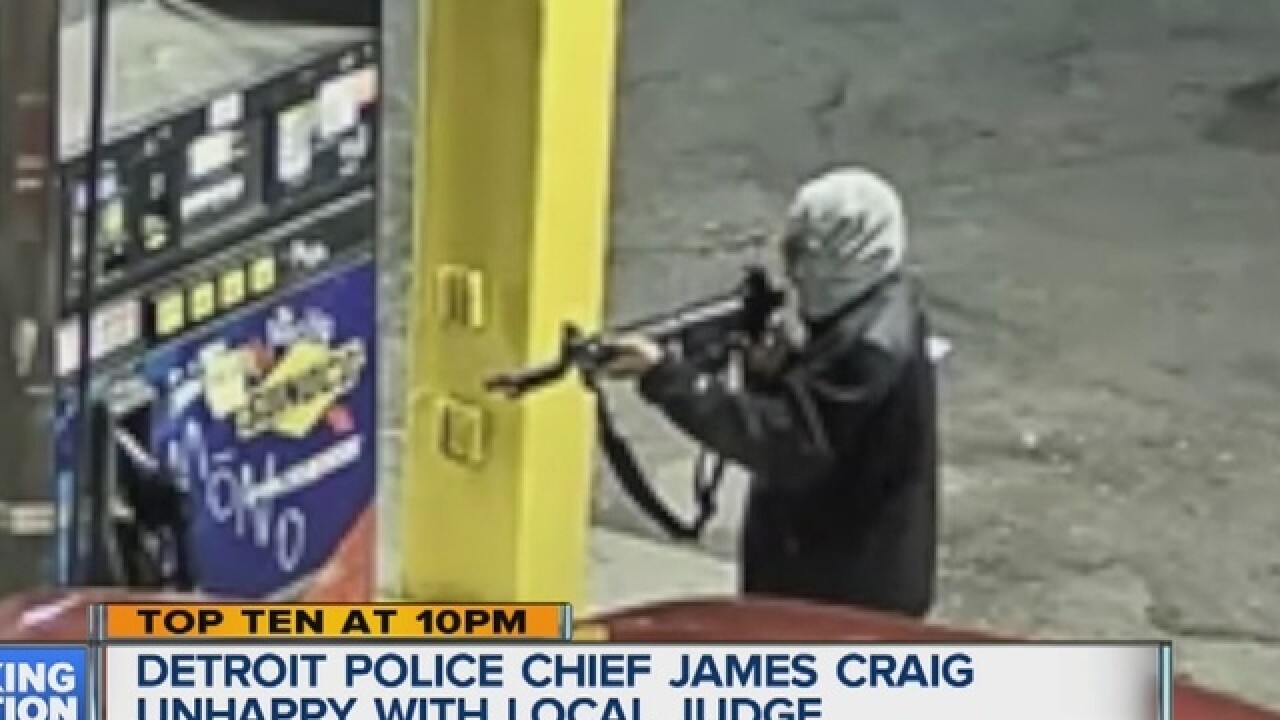 Detroit's police chief says it's not the first time a judge has dropped the ball on bond. But, it should be the last.

This past weekend, he says the judge chose to release a suspected armed robber on just $1,000 personal bond, despite having prior gun violations.

Even worse, he was cut loose less than 48 hours after police arrested him last Friday.

"We all need to be working together and we simply can't do it alone" says Craig.

Police say Davaughn Gaines was caught on surveillance video at a Detroit gas station on East 7 Mile just after 2 am Sunday, Dec. 11th.

Allegedly, together with another gunman armed with an assault rifle, they robbed a victim and then left in a getaway vehicle driven by a getaway driver.

It was all caught with cameras that are part of the city's Green Light gas station program.

When we reached the judge, he did not wish to be interviewed, but only told us by phone that he did not recall the case and makes all his decisions based on the facts at hand.

In the meantime, police ask anyone who recognizes the other 2 suspects to call them right away.