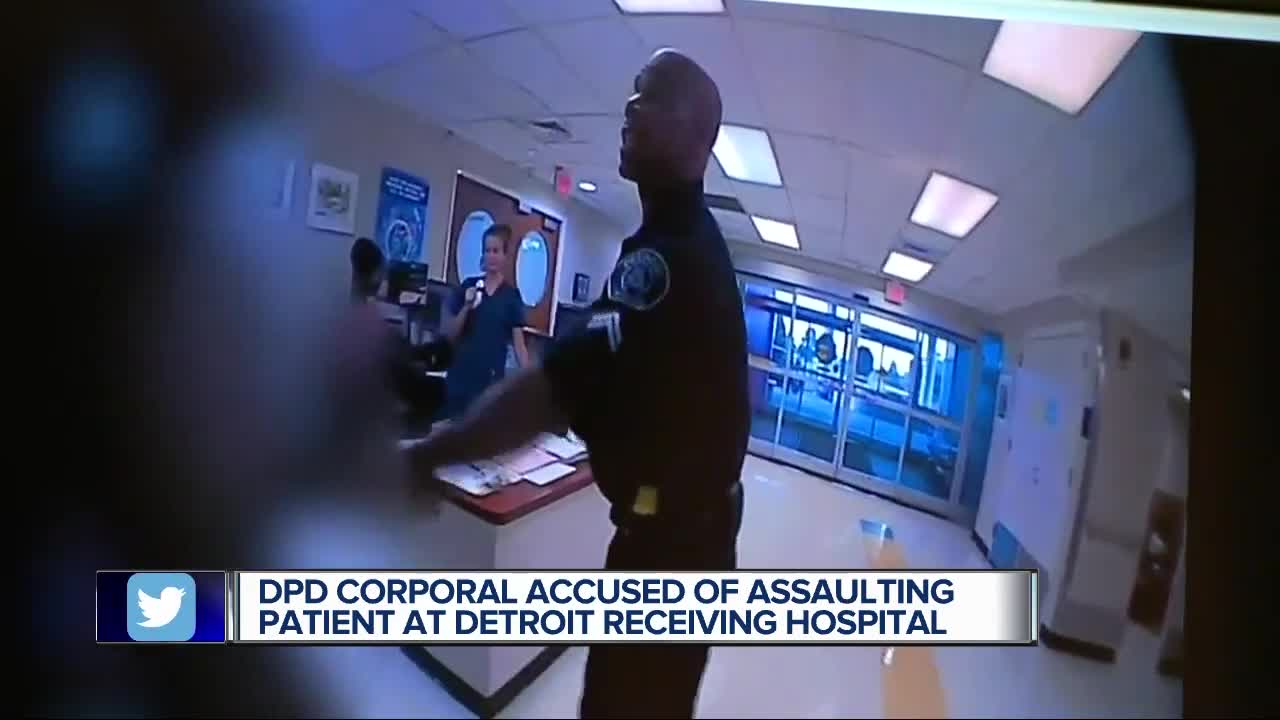 A Detroit Police Corporal is facing allegation he assaulted a patient at Detroit Receiving Hospital.

DETROIT (WXYZ) — The felony charge of misconduct in office against Corporal DeWayne Jones was recently dropped, so now he's on trial for only misdemeanor assault and battery.

Kathryn Macdonald is the case worker for the woman at the center of the video that allegedly shows here being beaten the Detroit Police corporal.

“Sheldy has a long history of schizophrenia psychosis. She has verbal auditory hallucinations and responds to internal stimuli,” she testified.

Jones is accused of crossing the line when he tried to subdue the woman shortly after he and his partner transported her to Detroit Receiving Hospital for mental health treatment.

“She stood up, started cussing had her fists balled up,” testified Michael Hardimon with DMC Police. “That's when he tried to grab her and put her on the stretcher.”

There is Detroit Police body cam video from that day in August when Hardimon says the woman bit him twice.

We removed the audio because it's filled with expletives.

Hardimon testified that the woman spit toward corporal Jones and that's when prosecutors accuse Jones of crossing the line.

But another DMC worker told the jury that the woman was attacking Jones.

“She was trying to bite Officer Jones,” she testified. “I saw the aftermath of that he showed me the bite marks.”

The woman was finally subdued on a stretcher.

Testimony will continue next week. If convicted, Jones could be punished by up to 90 days in jail.