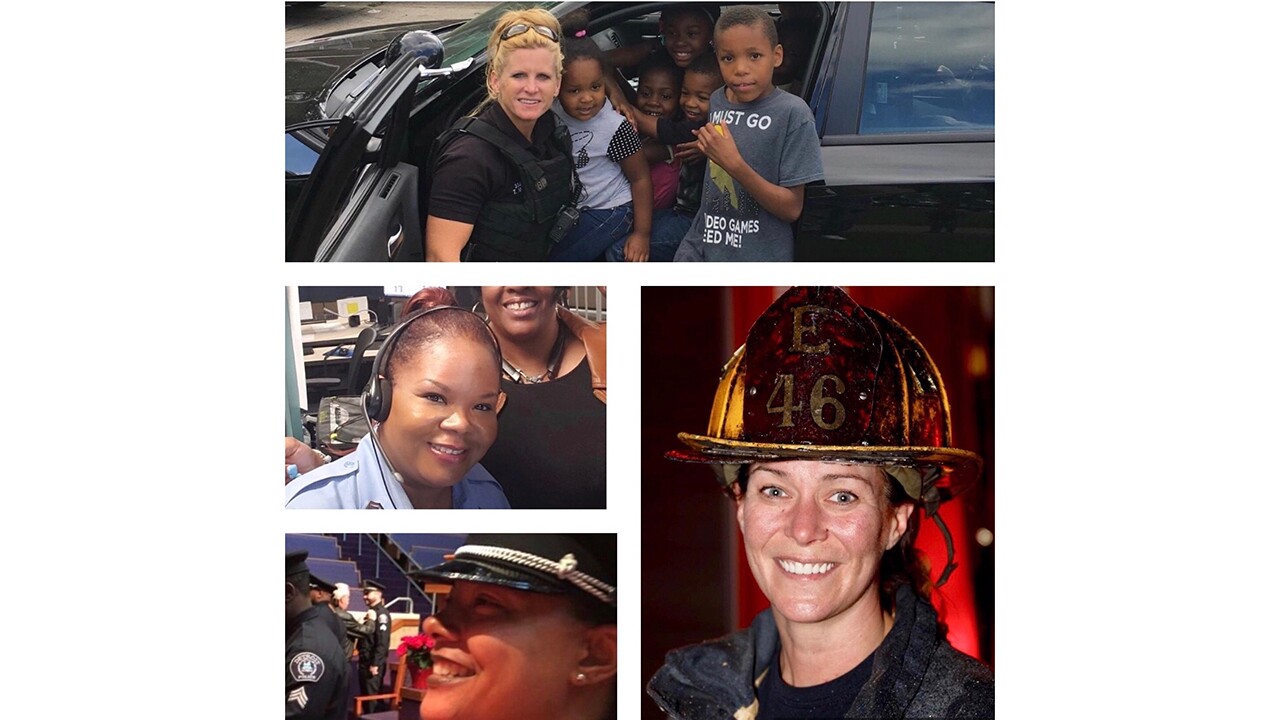 DETROIT (WXYZ) — They are high-achieving, well-respected first responders, women who are excelling in their roles with the Detroit Police Department and the Detroit Fire Department.

And Tuesday, at the 7th Annual Women in Blue event, these first responders will be recognized as the 10 nominees for the Women in Blue Officer of the Year and Detroit Fire Department Woman of the Year.

The event usually draws a crowd of over 500 people, but because of the pandemic, they will be recognized at a much smaller event at the Roostertail that will be streamed live on the Facebook pages of the Detroit Public Safety Foundation and the Detroit Police Department.

"This is a great ceremony to recognize Detroit police women and Detroit firefighter and EMS women who are on the job every day, keeping us safe and protecting us every day," said Patti Kukula of the Detroit Public Safety Foundation.

Here are the Women in Blue nominees:

Corporal Chavez has been with the Detroit Police Department for over 22 years. She is currently assigned to the Mounted Unit.

Corporal Chavez has served the City of Detroit in various assignments that include the Vice Section and Gang Unit.

Throughout her career, Chavez has demonstrated a desire for self-improvement and self-discipline, continuously volunteering for additional training and duties wherever she works, according to the Detroit Public Safety Foundation.

We're told Corporal Chavez has a heart for the community and always looks forward to greeting children and citizens who want to meet her and her very large four-legged partner.

Lieutenant Cristina Floristeanu is with the EMS Division of the Detroit Fire Department.

Lieutenant Floristeanu has been with DFD for six years and, before that, she spent nine years as a Critical Care Paramedic.

Floristeanu has become a leader and serves as an educator and mentor for new paramedics in the field.

She received the 2018 Kim Lagerquist Lifesaver of the Year Award from the Detroit East Medical Control Authority Board and the Mayor’s Award for Exceptional Service to the City Of Detroit.

Officer Tracey Miller has been with the Detroit Police Department for more than 24 years. She has been a member of the Detroit Fugitive Apprehension Team, Special Operations, and she is currently assigned to the 9th Precinct.

Miller has a heart for mentoring and is a volunteer leader for the “Edge” High School Ministry at her church. She mentors high school girls, particularly those who suffer from emotional, physical and sexual abuse.

Senior Assistant Fire Dispatcher Antoinette Smith has worked for the City of Detroit for more than 25 years.

After graduating high school, Smith served several years in the United States Army. And after her military service, Smith went to work at the Detroit Zoo where she had been a zookeeper at the age of 15.

At DFD, Smith has worked her way up the ranks from Dispatcher to Senior Assistant Fire Dispatcher.

According to the Detroit Public Safety Foundation, Smith has dispatched runs involving everything from people trapped in dwelling fires to plane crashes. And even though dispatchers aren’t physically on the scene, Smith takes pride in the role dispatchers play in getting help to people and giving first-responders vital information to save lives.

Lieutenant Tonya Leonard-Gilbert has been with the Detroit Police Department for 25 years. She's currently assigned to the Office of Neighborhood Policing.

Leonard-Gilbert has worked in various commands that include Organized Crime, Force Investigations, and Recruiting.

She has been instrumental in establishing COVID-19 testing instructions and protocols surrounding the pandemic.

Leonard-Gilbert is a member of the DPD Sisterhood Mentoring Program, mentoring 14 to 18-year-old girls from Denby High School. She also serves as a member of the DPD Peer Support Team, supporting peers and their families who are struggling after line of duty deaths, injuries, traumatic incidents, and from the daily stresses of the job.

As a member of the Detroit Fire Department's EMS Unit, Paramedic Erica Sobolewski has served the citizens of Detroit for two years.

Her colleagues say she has already emerged as a leader and mentor for new members of the force and that her teaching and instruction have benefited the entire department, elevating the level of care provided.

The Detroit Public Safety Foundation says, in addition to being a para-medicine leader, Sobolewski remains completely dedicated to her newborn child, her family, and the citizens she serves.

Lieutenant Kimberly Gabriel has served as a member of the Detroit Police Department for more than 24 years and she is currently the Officer-in-Charge of Peer Support.

Gabriel, who grew up on the city's east side, was attacked by a pack of dogs when she was eight-years-old. She said the Detroit Police officers who responded were so kind and left such an impact, that she decided that she wanted to be just like them when she grew up.

Lieutenant Gabriel is passionate about supporting her colleagues and that is what led her to her current assignment on DPD's Peer Support Team.

Fire Engine Operator Trenece Tolliver has worked for the Detroit Fire Department for 20 years. And she joined the department when she was 27 and interested in a career that would allow her to take care of her young son.

Tolliver's colleagues say she's dedicated, extremely humble, and makes being an outstanding employee look effortless because of her kindness and compassion.

They say she carries herself with grace and poise and continues to be an example for others in the department.

The Detroit Public Safety Foundation says because of Tolliver's commitment, dedication, and exemplary service, they are proud to recognize her as a Detroit Fire Department Woman of the Year nominee.

Sergeant Dana Russell has proudly served citizens as a member of the Detroit Police Department for 24 years.

Russell, who is often described as a "courageous officer," is currently assigned to the Major Violators Section - a team responsible for apprehending some of the most violent criminals.

And though she suffered the incredible loss of her partner, Scott T. Stewart, who was killed in the line of duty, Russell's work performance has continued to excel in some of the department's most intense, high-profile units.

This highly respected sergeant also serves as a Deaconess at her church, overseeing the church’s security team. She also assists with homeless programs and mentors young women through her church.

Sergeant Elizabeth Szmrecsanyi, who was born and raised in Detroit, has been with the Detroit Fire Department for 24 years.

And public safety runs in this sergeant's blood as her mother and aunt were Detroit Police officers and, currently, her brother is a Detroit Firefighter.

During a recent rescue, Sgt. Szmrecsanyi pulled a 5-year-old child from under a mattress and got them out of a burning dwelling, saving the child’s life.

She's also received the Medal of Valor for climbing a 20-foot ladder and entering a second-floor bedroom that was filled with smoke. And despite the intense heat, Sgt. Szmrecsanyi bravely searched the bedroom until she found an unconscious 2-year old boy. She carried him to safety and then helped extinguish the fire.

Colleagues call her compassionate, selfless, extremely trustworthy, and say she sets the standard for what a firefighter should be.

The Women in Blue ceremony set for Tuesday, July 21

The Detroit Public Safety Foundation will recognize these incredible representatives of the city's police and fire departments during their Women in Blue ceremony that will be streamed live at 8:30 a.m. Tuesday on their Facebook page as well as the Facebook page for the Detroit Police Department.