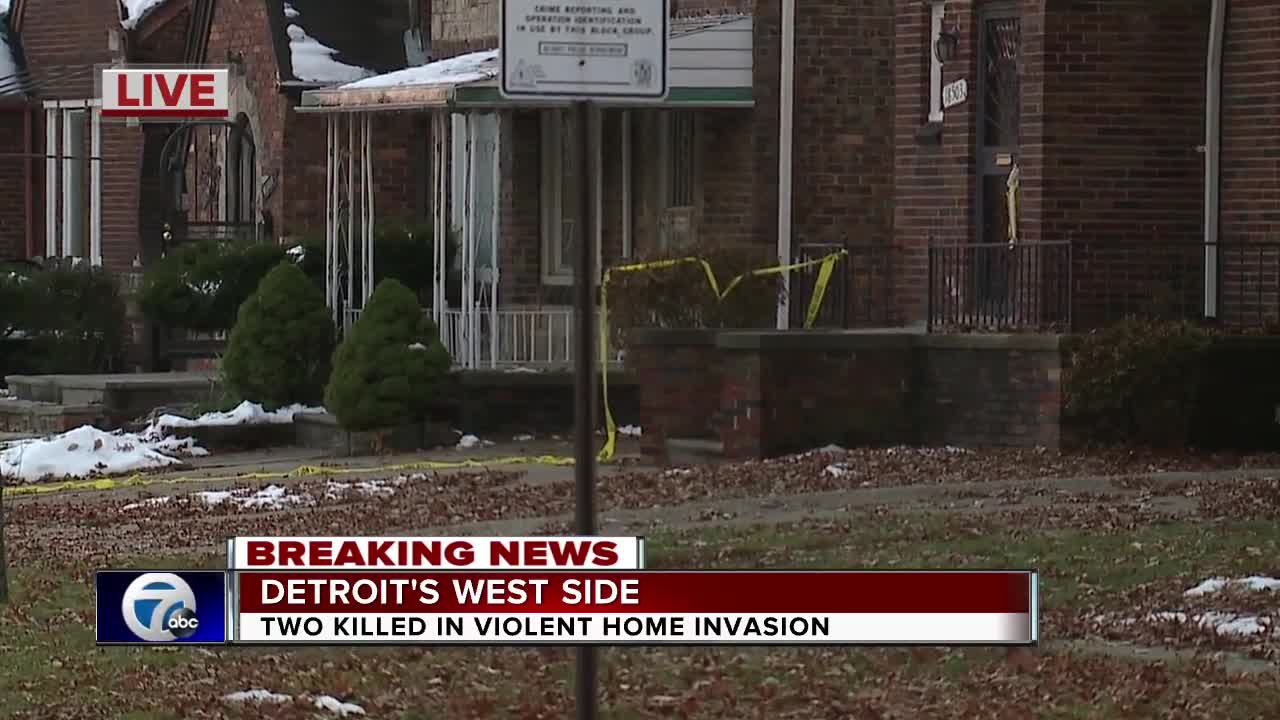 Detroit police are investigating a violent home invasion that left two dead on the west side.

DETROIT (WXYZ) — A 17-year-old boy is dead after armed intruders kicked in the back door of his family's house on Santa Rosa near Seven Mile Road Monday afternoon.

The sister of the teenage victim said the home invasion was the tragic result of a dispute over $50 and a man they know.

Around 1:00 p.m. Monday, Detroit Police said three men forced entry into the family's home and fatally shot the 17-year-old. A bullet grazed another man who had been in the house.

Police said someone in the house was able to fight back and stabbed one of the intruders, a 32-year-old man, in the neck.

Police told 7 Action News that an accomplice tried to get the injured intruder to a hospital, but they crashed their gray Malibu about a half mile away at Seven Mile and San Juan.

The intruder who had been stabbed died from his injuries.

Detroit Police took one home invasion suspect into custody and they are still searching for one more.

Anyone with information in the case is urged to call Detroit Police homicide investigators at 313-596-2260.