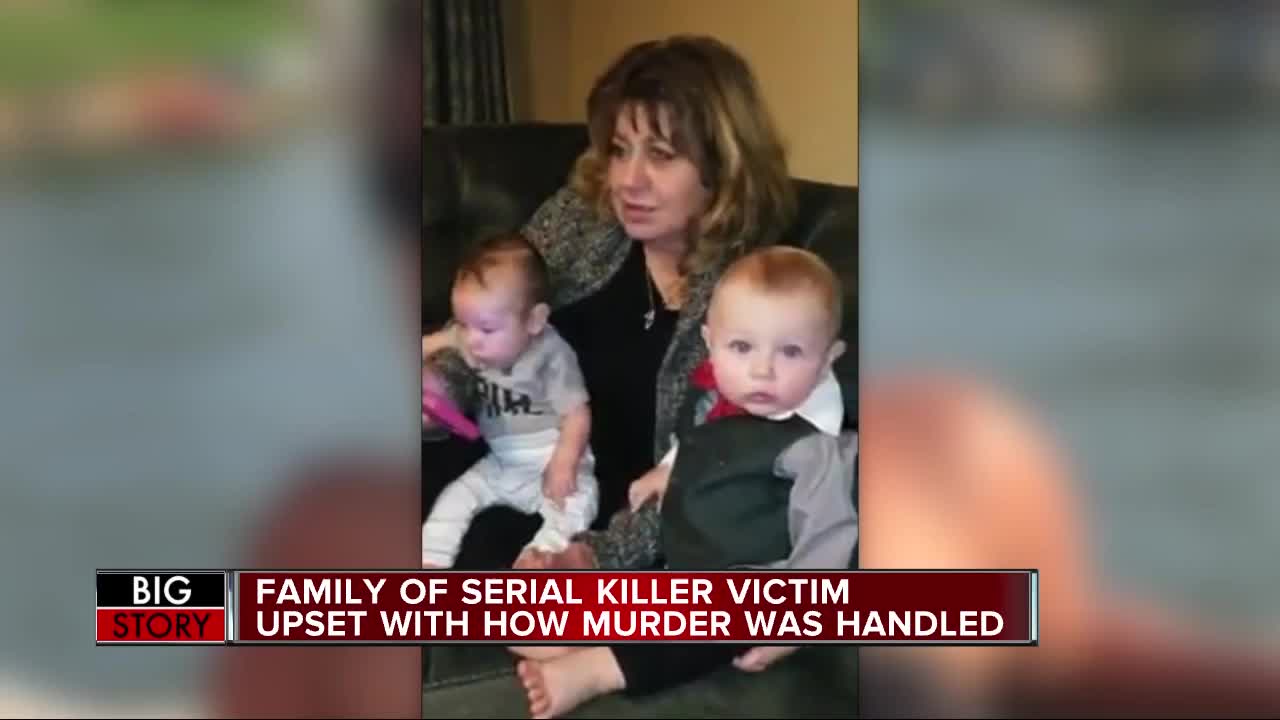 The family of a woman believed to be the victim of a serial killer is upset with how the case was handled.

DETROIT (WXYZ) — Relatives of 52-year-old Nancy Harrison told 7 Action News they don't like how the investigation into her death was handled and wonder if the hunt for her killer could have started earlier.

"She had a broken nose, jaw, scratches all over and the detective said it was an overdose," said Gary Harrison Jr, Nancy's brother.

Nancy's body was found on March 19 in a vacant house on Coventry near East State Fair on the city's east side.

Detroit Police Chief James Craig said, initially, they believed Nancy died from an overdose and that they only learned that she had been the victim of a homicide two months later, just days before the body of the second victim was found.

But late Thursday afternoon, a spokesperson for the Wayne County Medical Examiner told 7 Action News that it was March 20, the day after Nancy's body was found, that they determined Nancy died from blunt force trauma and her death was a homicide.

According to a report from the medical examiner, Nancy's nose was broken, there were abrasions and contusions to her face and hands, and an examination of her head showed she suffered multiple blows.

A spokesperson for DPD said decomposition could have made it difficult to even suspect that Nancy was killed during an assault.

Detroit police add that the officer in charge of the case was told by the medical examiner on March 20, the day of the autopsy but before it was conducted, that homicide was not suspected.

Detroit police said two months passed before they learned that Nancy's death had been ruled a homicide.

Several days later, the body of Travesene Ellis, 53, was found in a vacant house on Linnhurst near Gratiot.

Then on June 5, Travesene was last seen alive on April 21.

Then on June 5, inside a vacant house on Mack near Mt. Elliott, the body of a third woman was found.

Detroit Police are asking anyone, especially sex workers, who may have information on a suspect to give them a call, including women who may have escaped a violent assault.