Fear sets in on Detroit's east side with fatal shooting of a third woman, DPD searching for suspects 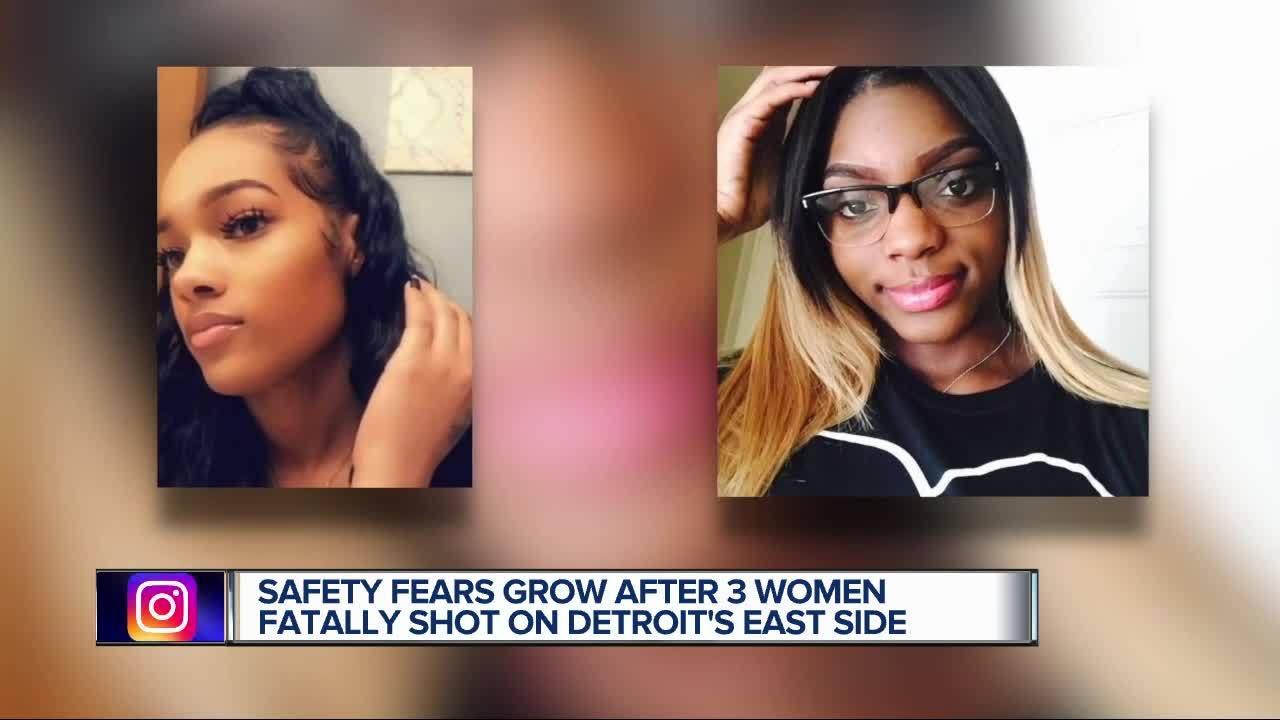 Safety fears are growing in Detroit after three women were shot and killed over the last week.

DETROIT (WXYZ) — "She tried to get out. Whoever was in the back seat yanked her back in," said a witness who videotaped a woman being assaulted inside a dark colored Chrysler 300 Saturday around 6 p.m. as a relative called 911.

That assault took place in the area of Conner and Jefferson on Detroit's east side. And it has some people on edge after three women were shot to death in the span of eight days on the city's east side, two of them shot by someone in a black Chrysler 300.

Safety fears began to rise when Nyree Henderson, 24, and two men were shot as they sat in a car on Guilford around 11:30 p.m. Monday, March 13. The men survived but Nyree died from her injuries.

Nyree's murder was a day after Destiny Reed, 23, was shot and killed on Van Dyke near Mack Avenue around 12:45 a.m. Mother's Day.

The shooters in the murders of Nyree and Destiny each fired from a black Chrysler 300. And while neither woman was in a gang, Detroit Police believe there is a connection to gangs in both cases and they have not ruled out that the killings are connected.

The latest woman killed was Stephanie Thomas, 36. She was found Sunday morning on Coplin Street near Waveney by William Taylor and his wife as they walked to church.

"She had been shot. Someone had shot her.. twice," William told 7 Action News. "She was wearing red jogging pants," he said. "And she had just went to the store because she had some Doritos in her hand."

"I felt that she probably ran into the wrong person," said China Virge, one of Stephanie's longtime friends. "She rarely trusts people. She has a problem with trusting people. So someone had to have convinced her that it was cool for her to go with them."

About five hours before her body was found, Stephanie was seen on surveillance video with two men, identified as persons of interest, at a gas station on Warren Avenue at Algonquin in a white sedan.

While investigators said there is no serial killer at large, they have not ruled out connections between the three homicides.

Anyone with information in any of the cases is urged to call Detroit Police homicide investigators at 313-596-2260 or Crime Stoppers at 1-800-SPEAK-UP.

"I feel it's us women trusting these wrong people," said China about her concerns surrounding the three deadly shootings. "You see something crazy, hurry up and get on. That's what I'm gonna do. I've been very alert lately."