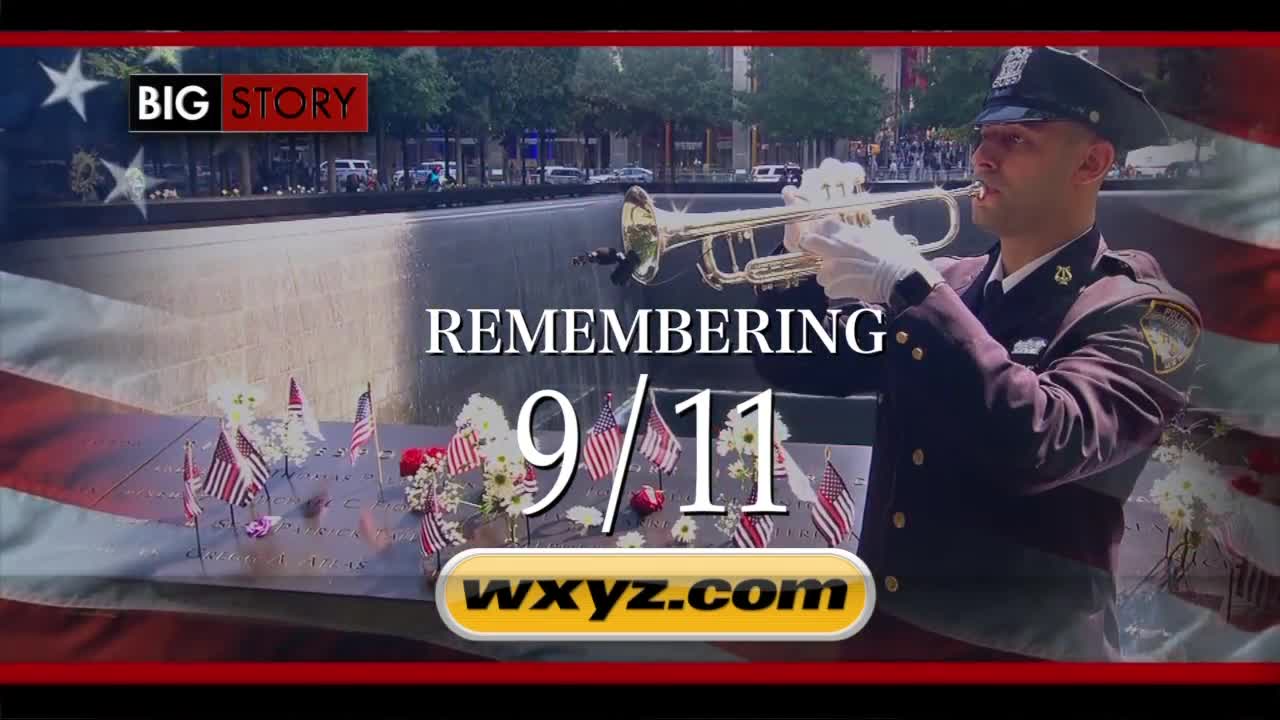 Demonstrating the enduring legacy of that day in 2001, here are some of the places holding observances around the United States on the 18th anniversary of 9/11.

DETROIT (WXYZ) — "It's still real tough because at nighttime, you know, when I'm sitting in my room, he's all I think about," said Derek Stone Jr., 14, about his dad.

Derek's father died earlier this year from cancer, and his son and his friends remember him as a superhero.

Derek Stone Sr. was a Detroit Firefighter who received the Medal of Valor for helping to pull two people out of a fire.

Click on the video to see some of today's service in downtown Detroit.