'I was fearing for my own life,' Detroit woman fires gun on men breaking into her home 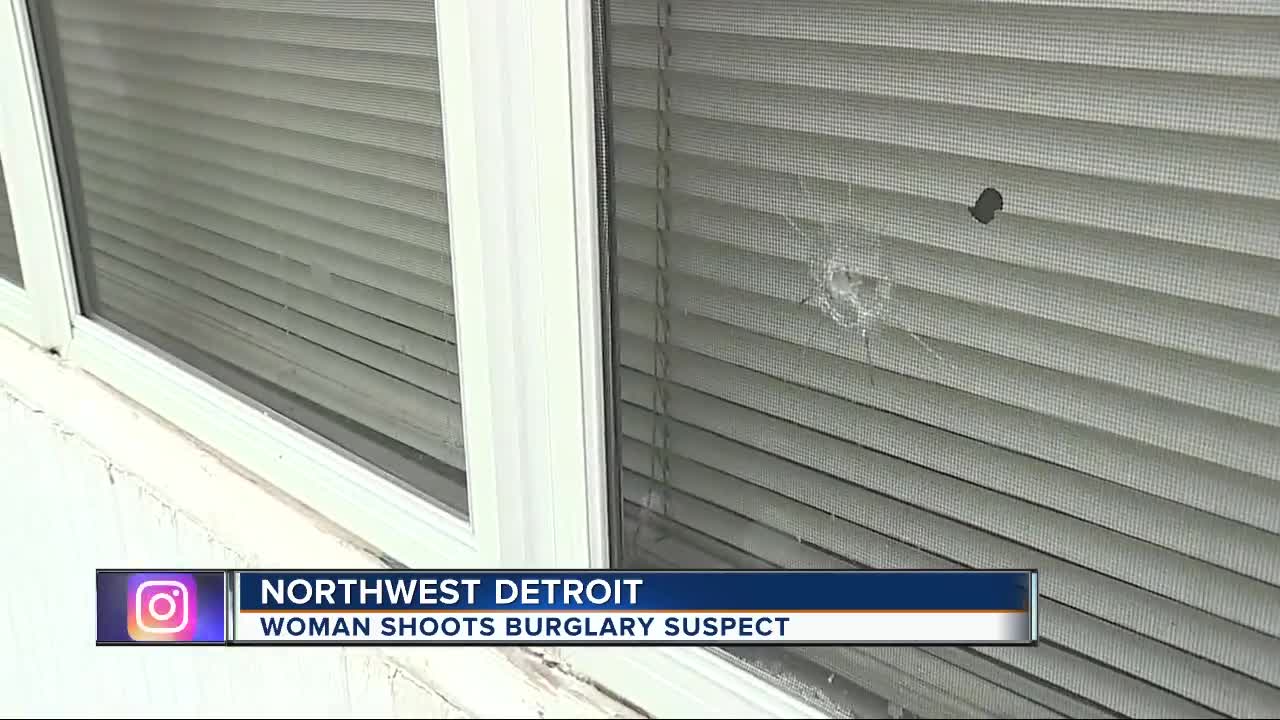 A Detroit woman is speaking out after shooting a burglary suspect at her home.

DETROIT (WXYZ) — "I was just trying to scare them off," said a 59-year-old woman who opened fire on men who were breaking into her home in northwest Detroit Wednesday. "I wasn't trying to hit nobody."

The woman and her family live near Eight Mile Road and the Southfield Freeway. Detroit Police say three men were breaking into the house around 10:30 Wednesday morning.

The men had broken into an enclosed patio and broke the security bars on a back window.

The woman grabbed a .44 caliber gun.

"I didn't want to kill nobody and I didn't wanna get hurt myself. I was fearing for my own life," the woman told 7 Action News reporter Kimberly Craig.

The woman didn't realize that anyone had been shot. Detroit Police were able to connect a 19-year-old man to the case after she showed up at a nearby hospital with a gunshot wound. He and a man who arrived with him are both now under arrest.

Detroit Police are searching for the driver of a white Malibu who dropped them off at the hospital and is believed to have been involved in the home invasion. The license plate on the Malibu is DVU 0927.

Anyone with any information on the vehicle or its driver is urged to contact investigators at DPD's 8th Precinct or Crime Stoppers at 1-800-SPEAK-UP.

Before the men entered the enclosed patio of the home, the woman said one of them was banging on the front door and a front window.

She didn't answer the door because she said she wasn't expecting anyone and their guests always use the doorbell.