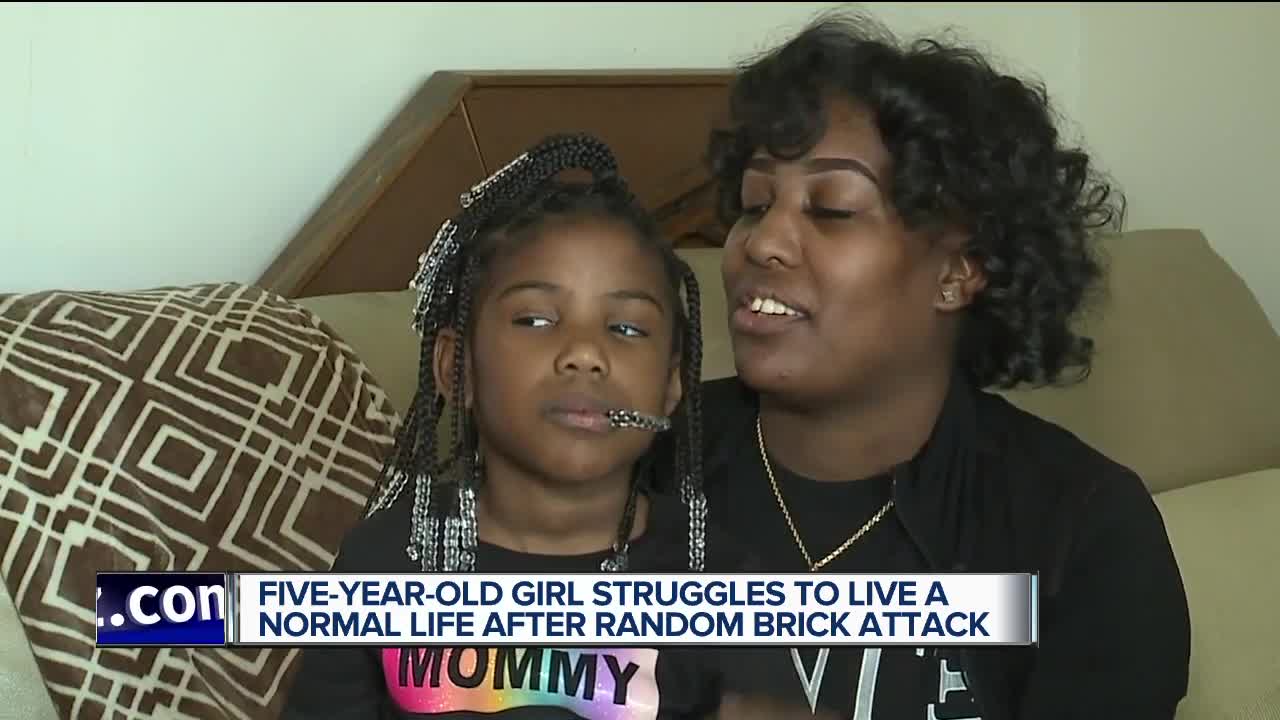 The mother of a little girl who was injured in a brick attack says her daughter has been struggling with memory issues since the incident.

DETROIT (WXYZ) — It's hard to forget little Robyn Rivers's adorable face, but what is hidden by her beautiful braids is a scar that goes from one ear to the other, across the top of her head.

Robyn has a metal plate and screws holding her skull in place after a teenager hurled a brick into the back seat of her mother's car.

Robyn was just two-years-old when it happened on the I-75 service drive near Warren Avenue in Detroit.

She's now five and her mother, Barbara Williams, tells 7 Action News that her little girl has lingering issues when it comes to memory and learning.

"I been to multiple schools that has denied her cause her traumatic brain injury!! So today my baby cried for me not to leave her in school! I said why what’s wrong ??? She told mommy I just want you to teach me how to learn!" she wrote.

She says the 13-year-old boy who was arrested for the crime did serve some time locked up, but he has since been released.

Click on the video to hear from Barbara and Robyn in Kimberly Craig's report.