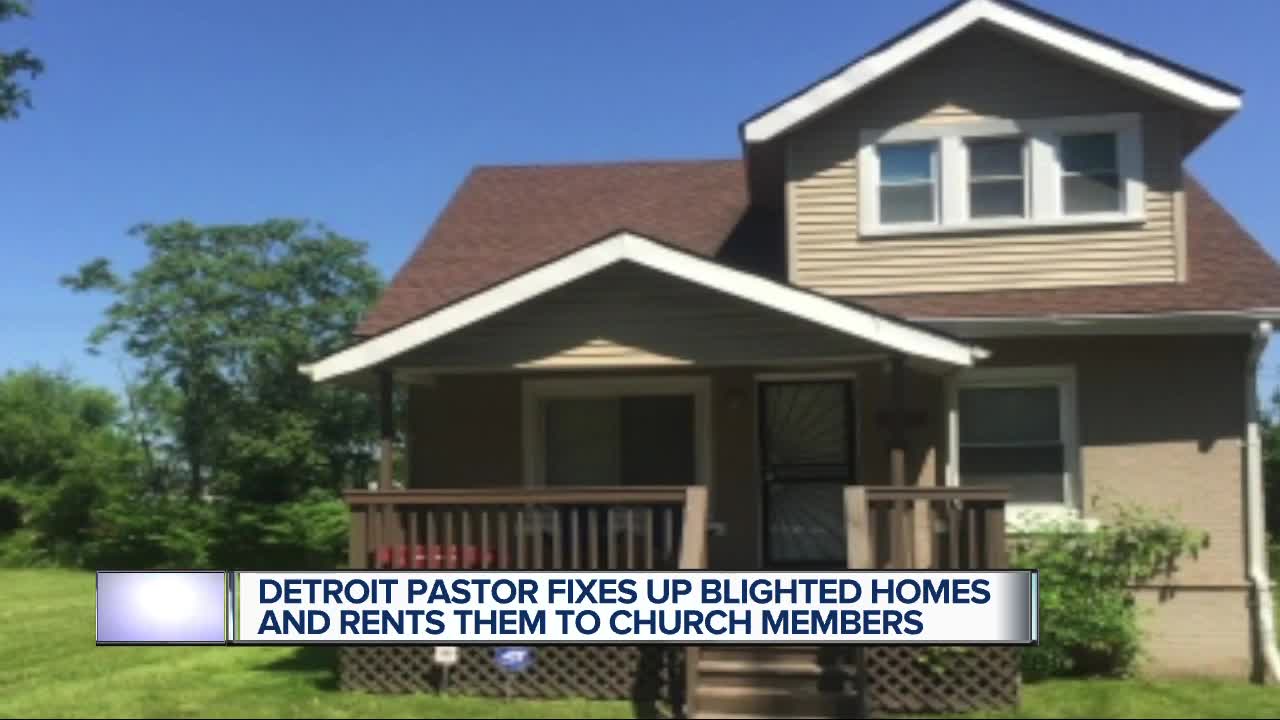 A Detroit pastor is buying vacant homes, fixing them up and then renting them.

DETROIT (WXYZ) — Pastor Arric Wilkerson and his parishioners at Up From The World Ministries on Detroit's west side have come a long way in transforming the neighborhood around their church.

"I think the church has a responsibility to do something in the communities we worship in," said Pastor Wilkerson as he stood on Santa Rosa, around the corner from where their church is located on Puritan.

Up and down the street are the houses that the church has brought back to life.

In the past nine years, the church has purchased 25 homes on Santa Rosa and Stoepel and rehabbed them using plumbers, painters, and carpenters who are also members of their church.

Several of the homes were purchased from the Detroit Land Bank Authority for $500 each.

Wilkerson estimates that the church spends up to about $30,000 on each home which is then rented out to parishioners for $500 a month. And we're told the rent will not increase.

Rod Liggons, Director of Community Affairs for the Detroit Land Bank Authority, said the progress is remarkable, adding that the houses are now back on the tax rolls and the blight is gone.

Click on the video to hear from a woman who has lived in the neighborhood for over 50 years and a man who moved in with his family seven years ago.