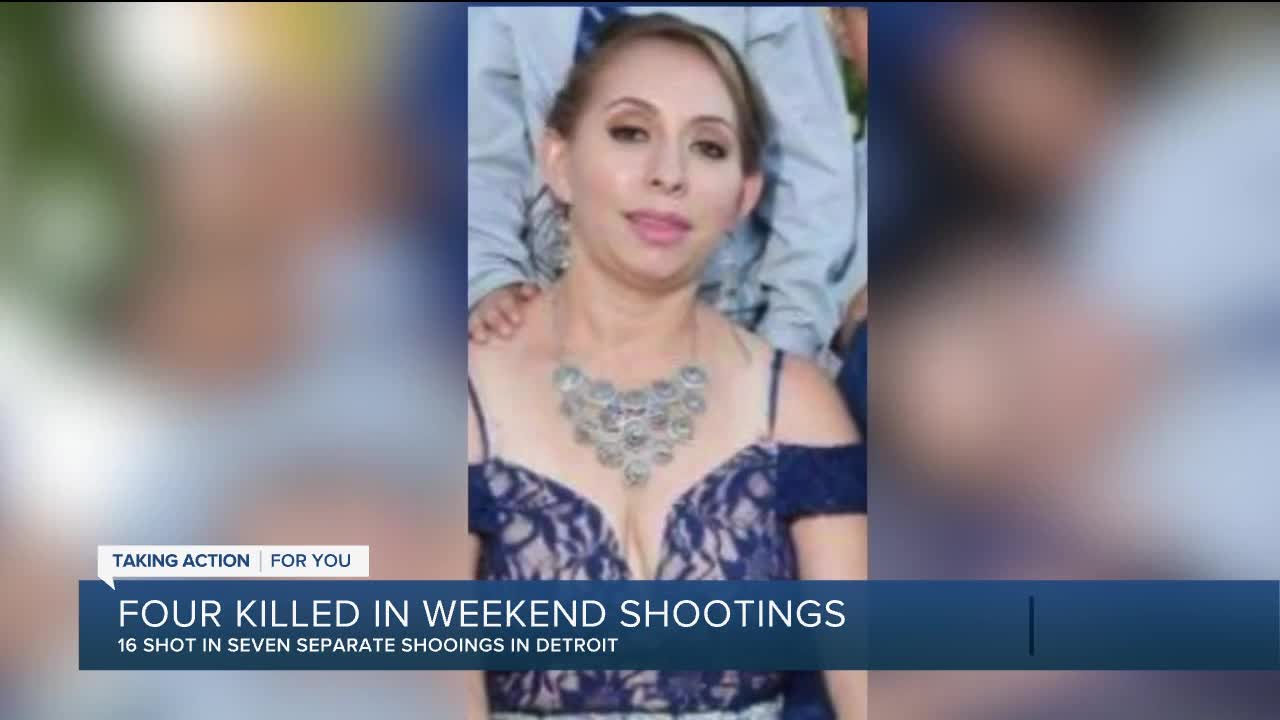 Detroit police are investigating 16 shootings, that resulted in four deaths, over a violent weekend in the city. 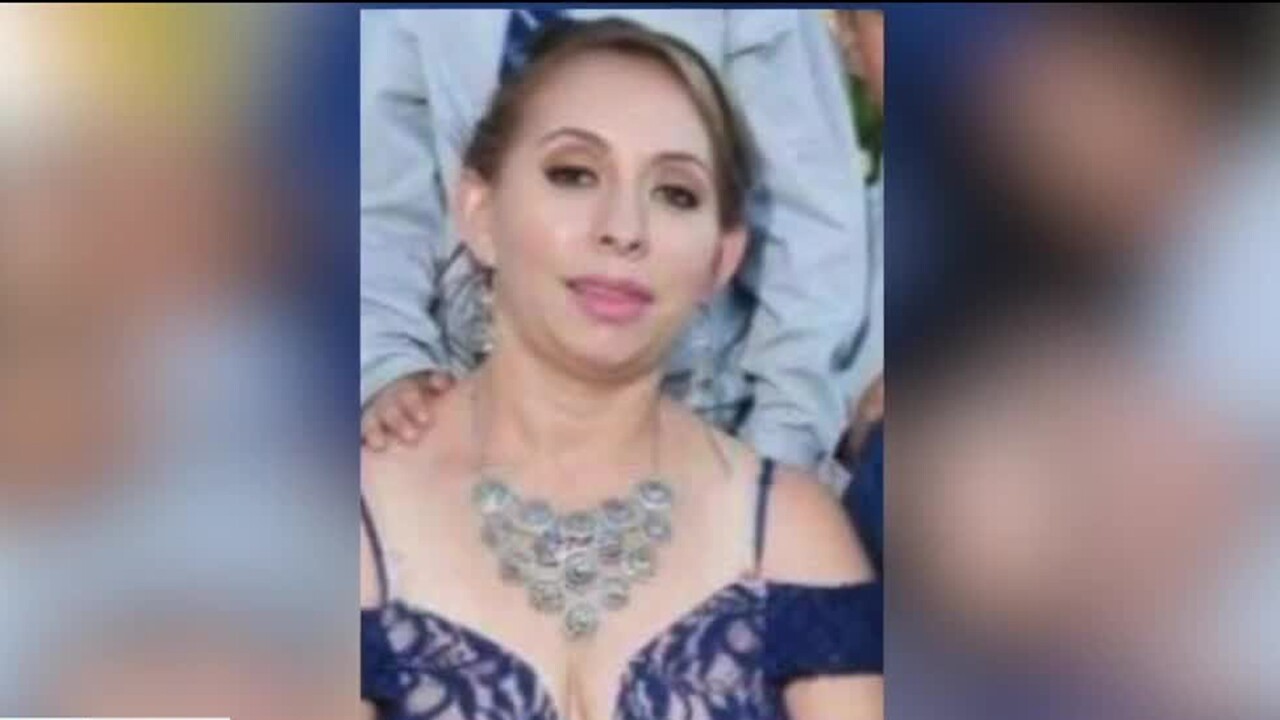 DETROIT (WXYZ) — "What a wonderful mother and wife she was. She was always there. She was always involved in every activity her kids wanted to be in," said a relative of 39-year-old Maria Gonzalez who was killed early Saturday morning just blocks away from her home in southwest Detroit.

Maria's husband was also shot multiple times and their sons, ages 15, 12, and 9, were also shot.

The three boys survived. Their father, Francisco Gonzalez, has undergone several surgeries and is also expected to recover.

In Detroit, from early Saturday morning to early Monday morning, 16 people were shot in seven separate shootings. Four of the 16 people died and most of the violence occurred Sunday.

Maria Gonzalez was killed early Saturday as they were heading home from a family gathering.

Detroit Police are still investigating and they have not ruled out that the shooter opened fire on the wrong vehicle on Homer Street near Mullane around 1 AM.

"It's been horrible. We're all just, you know, devastated," said the relative who asked that we not use her name. "They don't have any enemies or any problems with anybody. So, just knowing that this happened to such a good family has just been, you know, my stomach turns every time I think about it."

Anyone with any information on any of the shootings is urged to call Crime Stoppers at 1-800-SPEAK-UP and you will remain 100% anonymous.

Crime Stoppers will pay up to $2,500 for information that leads to an arrest in any of the cases.

Detectives with the Detroit Police Homicide Section are also ready to take tips at 313-596-2260.

"We want justice for this family. Aside from grieving and being sad and devastated, we're also mad because this is a good family," said the relative of the Gonzalez family. "So, if anyone has any information just come forward and not be afraid. We just want justice."

A family friend has started a GoFundMe account to help the Gonzalez family.